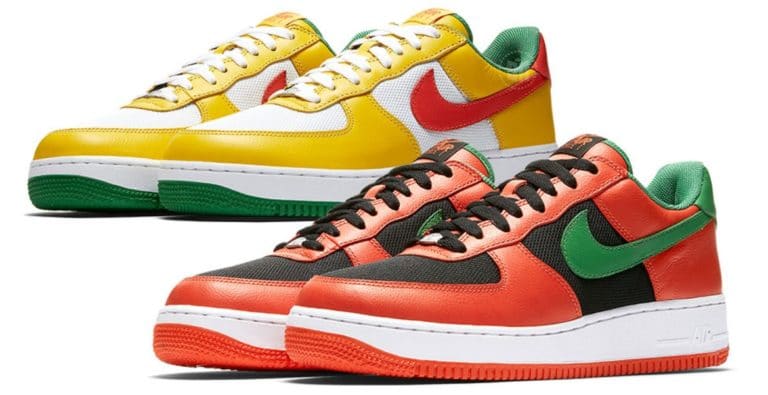 The Notting Hill carnival is an event that’s taken place annually since 1966. Notting Hill is situated in the Royal Borough of Kensington and Chelsea, London. Nike have decided to honour the successes of the carnival by dedicating an Air Force 1 Low to it.

The Air Force 1 “Carnival” originally released in 2003, however Nike have decided to bring it back this year, coinciding with the Notting Hill carnival happening later this month. Both pairs consist of vibrant colourways of the “Carnivale” celebration that happens in Brazil, which is closely linked with the festivities that happen in Notting Hill. The first colourway consists of Range Flash, Classic Green and Black, whilst the second is formed of Yellow Zest, Orange Flash and True White. Both are graced with an impeccably clean white midsole. Expect all the usual Air Force 1 features including comfortable air technology. Both models are constructed of premium leather and mesh, and feature Nike Air branding on the tongue. The insole is also particularly interesting, carrying the message of “Peace, Love, Unity – London 2017”. An excellent touch that pays homage to an excellent city. If you’re liking the look of the Air Force 1 “Carnival” pack and want to get your hands on a pair, they’ll be releasing just ahead of the Notting Hill Carnival on the 19th August. They’ll be releasing at select Nike locations around the globe and via Nike’s online store.

Where to buy a pair of Air Force 1 Carnival