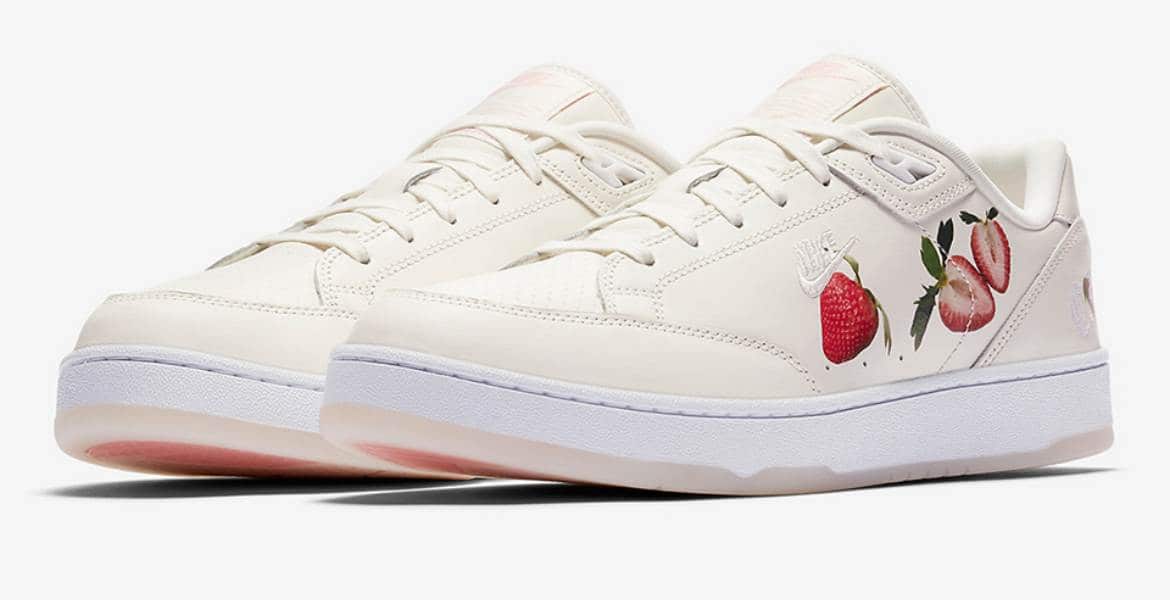 It’s a long running tradition that attendees at Wimbledon eat strawberries and cream, and now Nike has decided to honour both the tournament and the famous snack via a pair of Grandstand II’s – one of Nike’s most successful tennis sneakers. The brand hasn’t held back when it comes to design either, with the pair showcasing large red strawberries all across the upper. 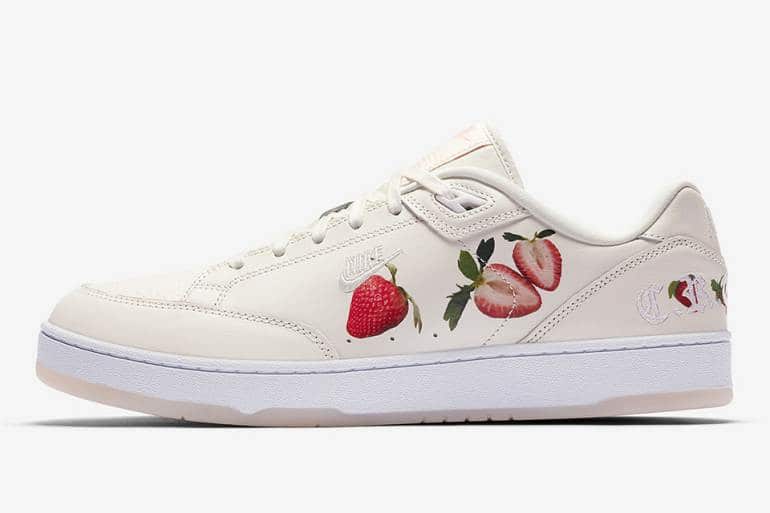 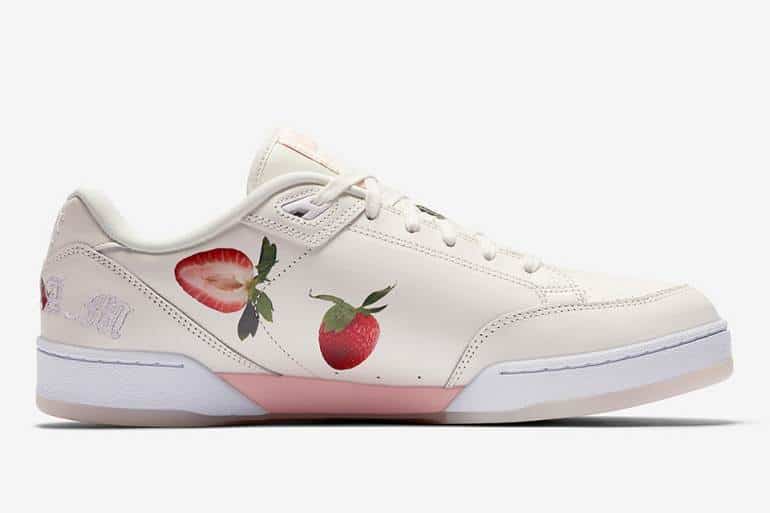 The upper of the sneaker is decked out in high quality leather and follows a very topical “cream” colourway. The strawberries are screen-printed upon the leather and contrast the cream colourway perfectly. “C.R.E.A.M” is also embroidered on the heel of each shoe, which makes for a nice touch. The look is finished off with a clean white midsole and a pale pink sole, both of which round off the colourway perfectly. 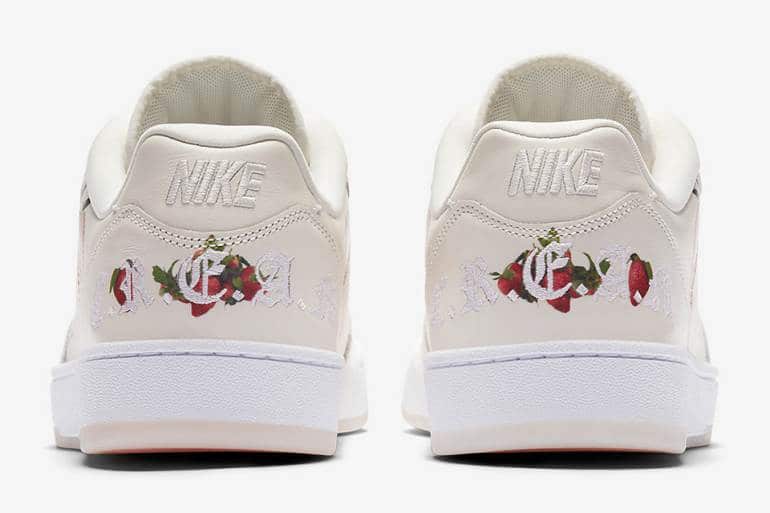 If you’re keen on these tennis inspired sneakers, unfortunately there’s no official release date set just yet, but expect the pair to drop via Nike and select retailers sometime in April. We’ve got no information regarding how limited the release is yet, but as soon as we know more we’ll be the first to update you, so keep your eyes locked into our blog for the latest.