Nike Dedicates an Uptempo to Atlanta 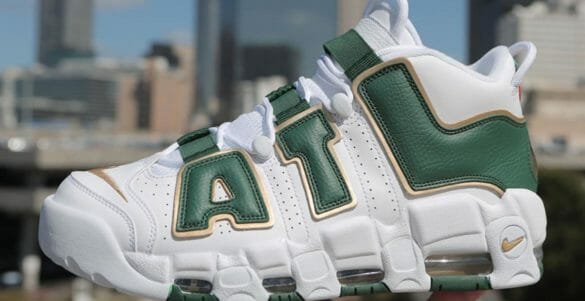 Over the past couple of months, Nike has been releasing a series of Air More Uptempo’s dedicated to different cities in the USA. The most recent city to receive its very own sneaker is the city of Atlanta. Read on for a sneak preview and the latest information.

The Air More Uptempo is an iconic basketball sneaker, and it’s well loved by a lot of Americans. So when Nike decided to honour certain cities with their very own sneaker, the Uptempo was the obvious choice. With the success of the Chicago edition last month, the next city on the list was Atlanta. Coming in an iconic white and green colourway and featuring nods to the city’s history throughout, these look set to be a great pair. 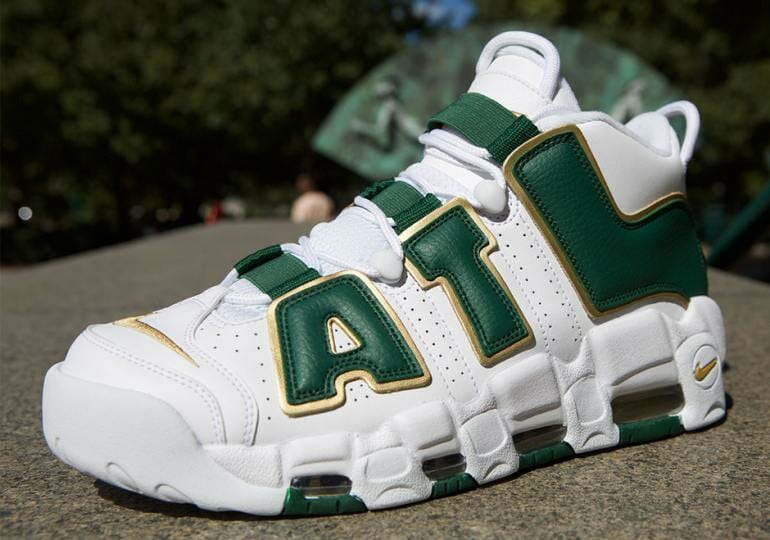 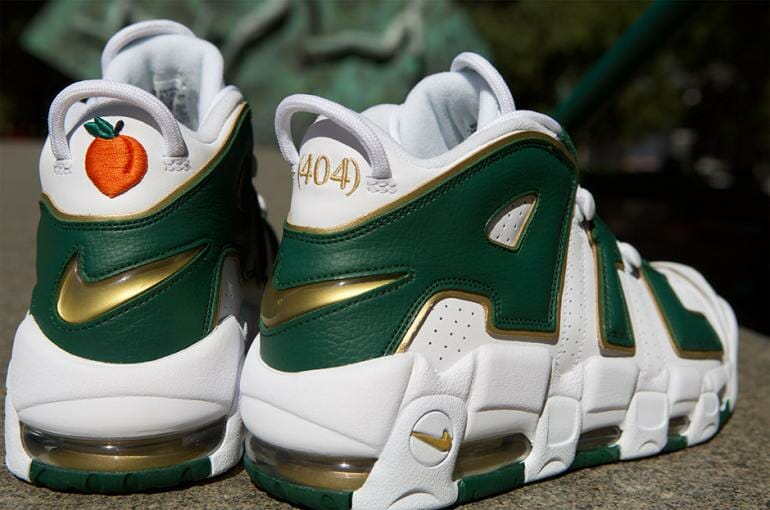 The colourway is clean throughout, and the gold detailing only adds to it. (404) is embroidered on the rear of the right shoe, which for those that don’t know, is the Atlanta area code. On the left shoe a peach is featured, paying homage to the annual New Year’s Eve celebrations held in the city. There are rumours that the colourway is dedicated to Scottie Pippen, although it’s yet to be confirmed by Nike. 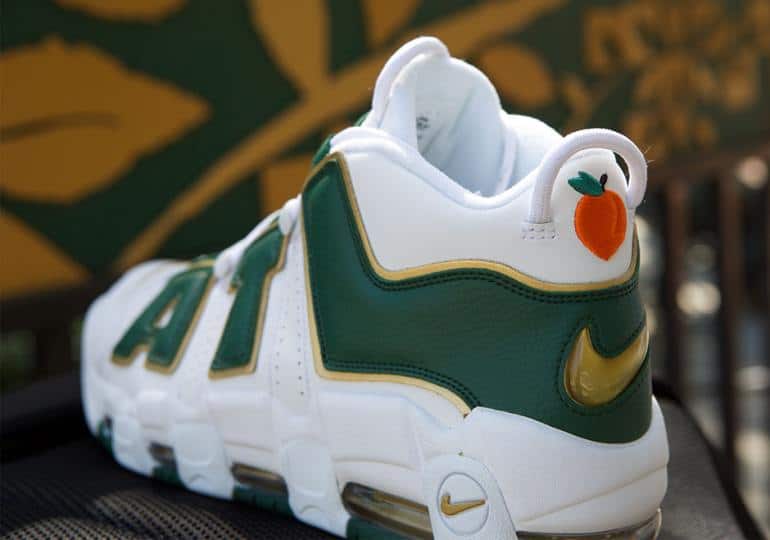 If you’re keen on these heritage sneakers, unfortunately a release date hasn’t been officially announced yet. However, we’d expect them to release by the end of the year, and failing that early next year. There doesn’t seem to be any specific hype around these at the moment, so you should be able to pick a pair up relatively stress free when it comes to drop day.

Where to buy a pair of Nike Air More Uptempo Atlanta