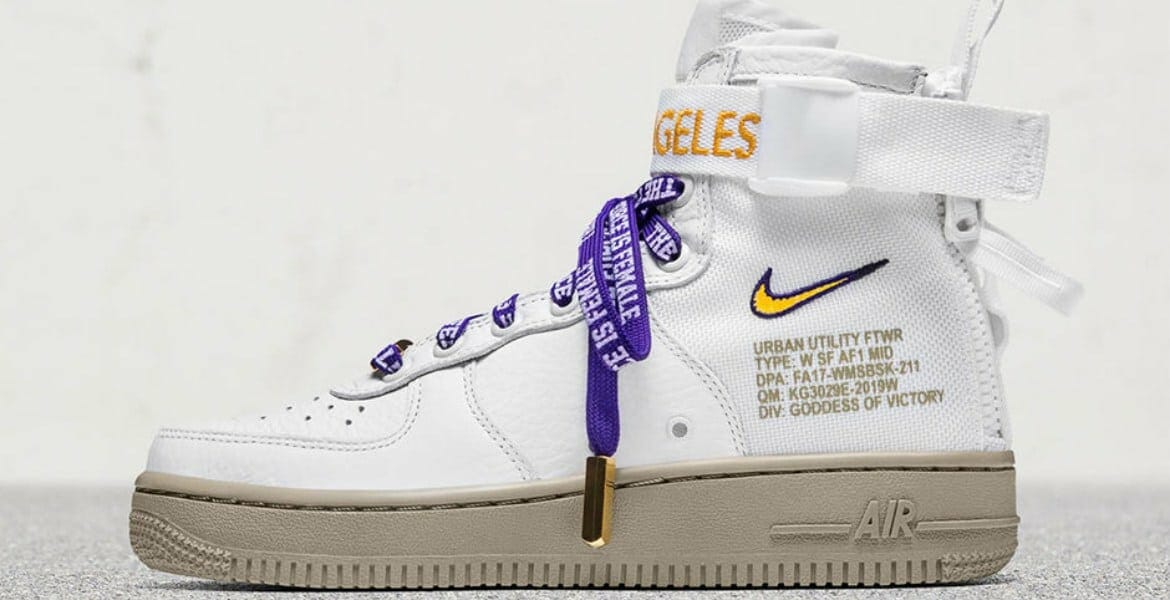 After their tribute to Chicago with the Nike Air More Uptempo sneakers Nike is devoting it’s new SF-AF1 mid to the big, bold city more known as LA. To help dedicate these sneakers to the home of trainer’s they’ve embroidered a purple and gold basketball in a floral pattern on the medial panel.

This is not the first release of SF-AF1 which is being dedicated to LA. Back in 2001 we saw the first pair of signature Air Force 1 LA retro go up for grabs followed by a re-release in 2016 as they were a huge seller. It’s the modernised SF-AF1 that has become the updated canvas for these sneakers. 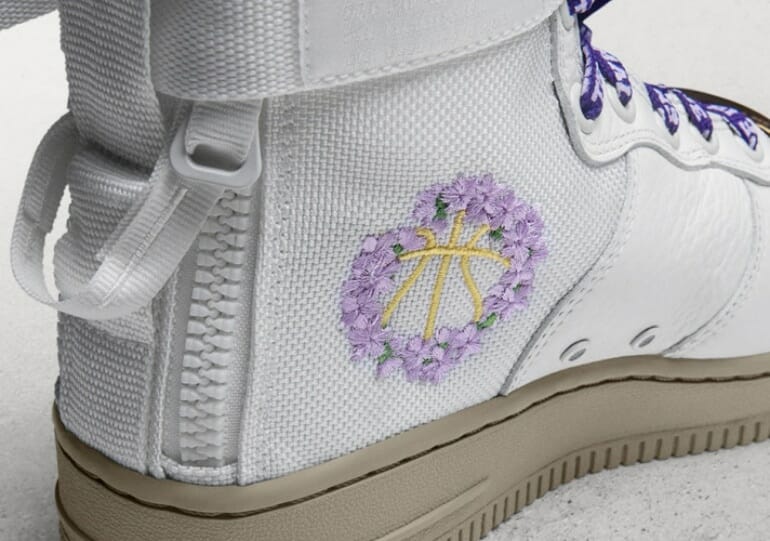 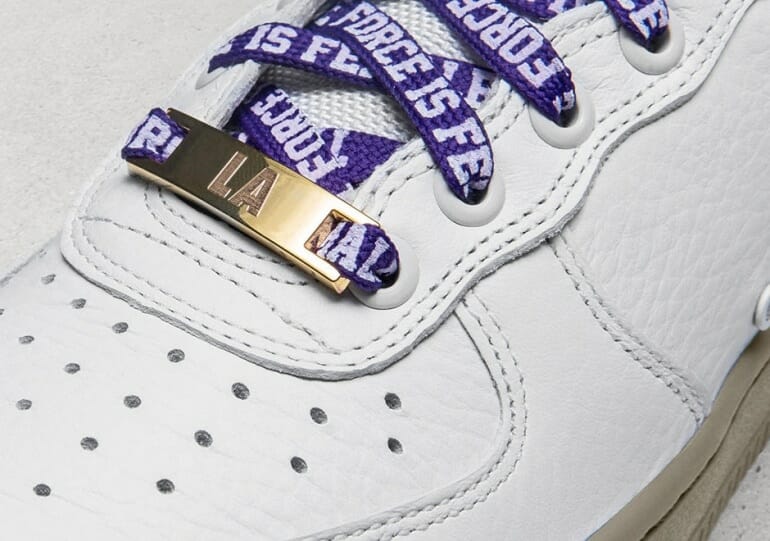 By having the exterior of the sneaker’s all white it makes the purple lace and the floral embroidered basketball logo more of a bold statement. It still has the same silhouette and qualities of Air Force 1 mids yet these also includes a premium leather upper, customizable ankle strap with the word “LOS ANGELES” embroidered in gold matching the lace lock and the lace tips. Last but not least a dual zipper at the heel of the shoe for a more simplified access when putting them on. 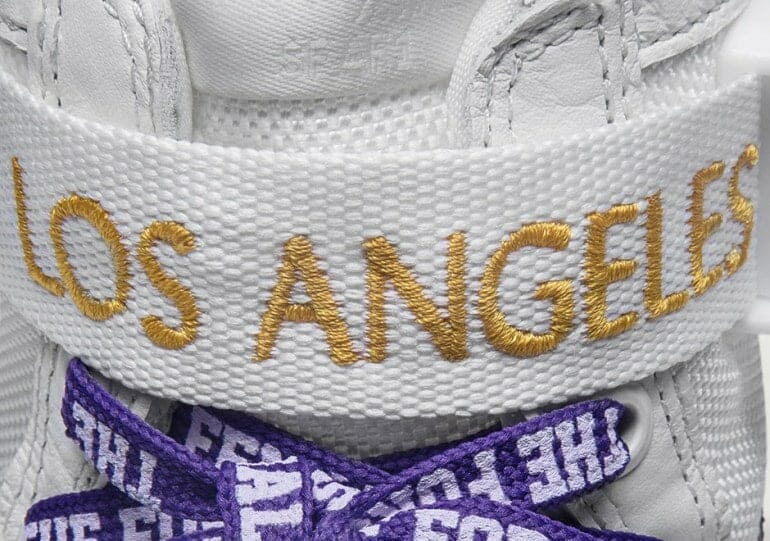 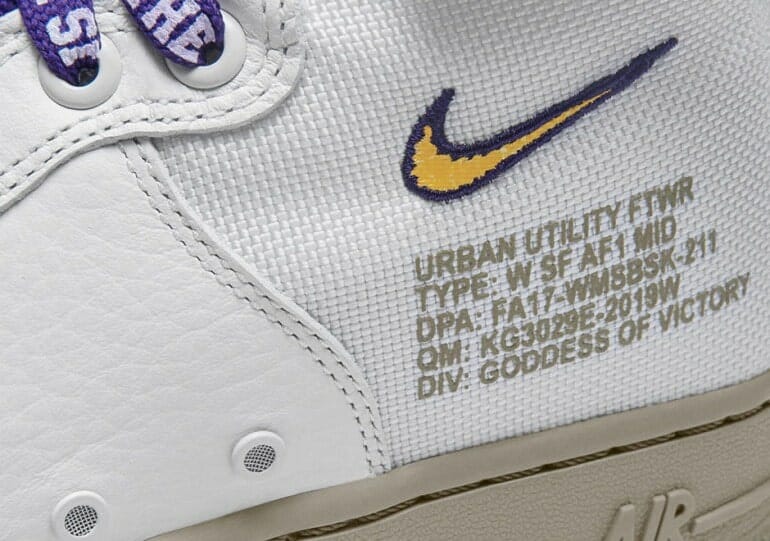 If you want to get your hands on these SF-AF1 mid “LA” sneakers, they’re set to be released October 12th 2017 so are available to purchase now, but they are exclusive to the Nordstrom x Nike Century City in LA.

Where to buy a pair of Nike AF-AF1 Mid LA