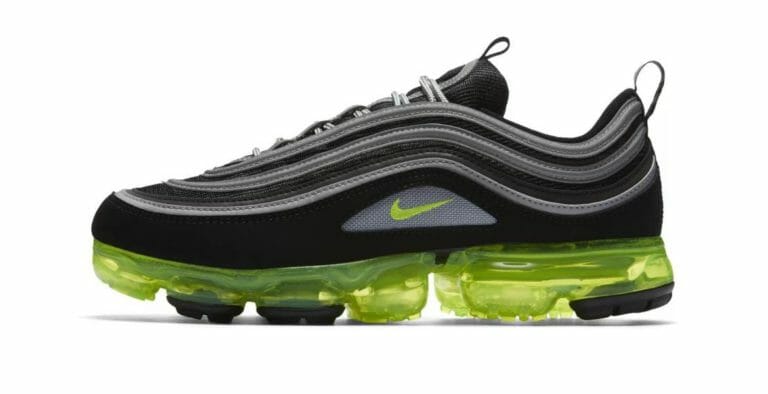 We’ve seen many teaser images of the upcoming Nike Air Vapormax 97 by now, and we’re sure you have to. Now, the model has been graced with a release date and many sneakerheads are excited about the launch of this interesting hybrid model.

Both the Air Max 97 and the Vapormax experienced huge success last year. The Air Max 97 was introduced to a whole new generation for its 2oth anniversary celebrations, and the Vapormax was introduced to the masses for the very first time. Nike have been working on several hybrid models recently – we’ve seen the Vapormax Plus and 97/Tn hybrids launch in recent months. The latest hybrid rendition in town is the Nike Air Vapormax 97, which features the upper of an AM97 and the ever popular Vapormax sole unit. 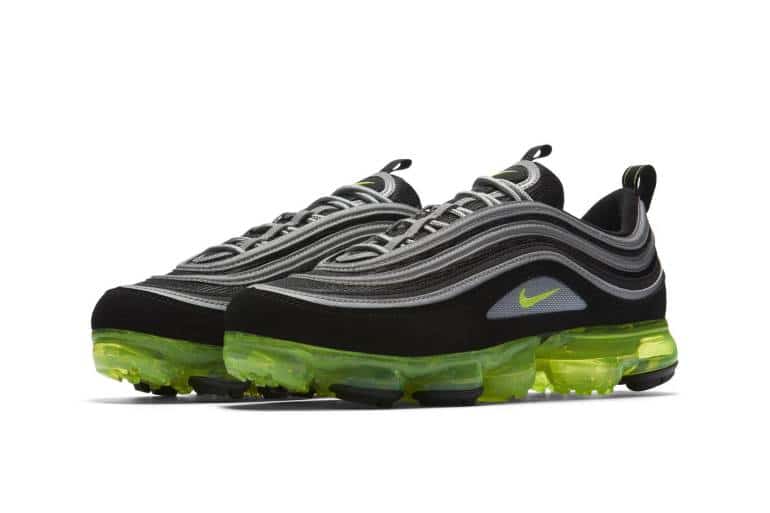 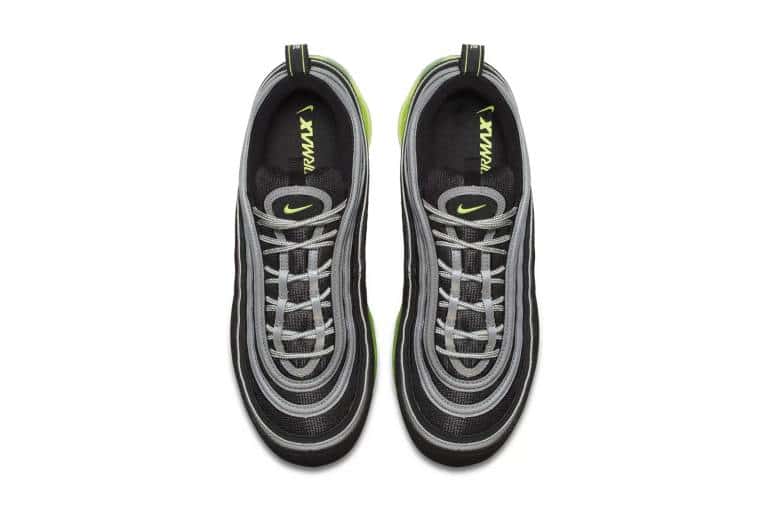 The first ever Air Vapormax 97 to launch comes painted in a fan-favourite colourway. Titled “Japan”, this was an original AM97 colourway. It features an eye-catching neon green, accentuated by doses of black and silver. It’s a great first colourway for this new hybrid – everything just seems to sit perfectly. One the upper, everything you’d expect from a 97 is present, thankfully Nike haven’t started altering anything here. Of course, the Vapormax sole is as comfy as ever, so if you’re after an everyday wear sneaker these could be the ones for you. 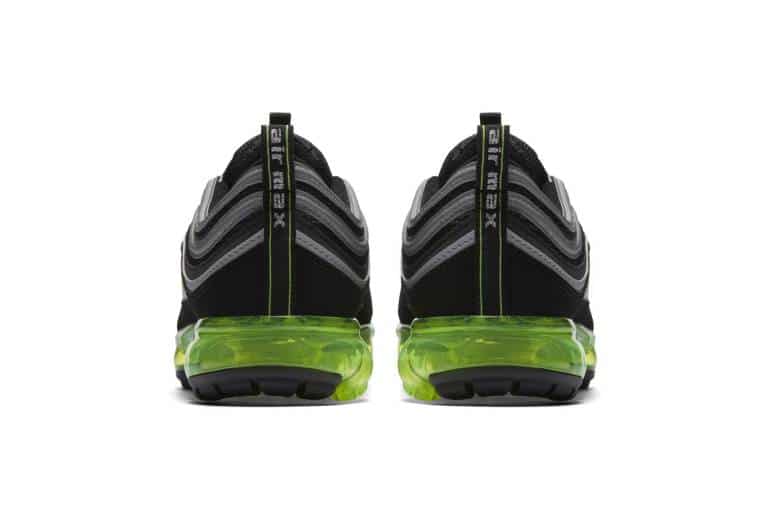 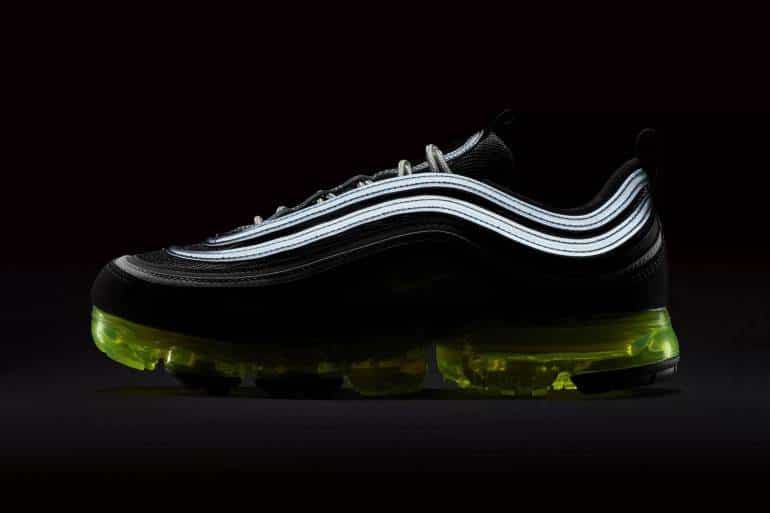 If, like us, you’re eagerly anticipating the release of these future classics, the good news is that a release date has finally been announced. You’ll be able to get your hands on a pair from the 9th March when they’ll be launching via Nike’s SNKRS app and select retailers. Although retail price hasn’t been confirmed yet, we’d expect these to sit at the higher end of the pricing spectrum. They may also be significantly hard to obtain as there’s been a fair amount of hype surrounding this silhouette.

Where to buy a pair of Nike Air Vapormax 97 “Japan”

Where to buy a pair of Nike Air Vapormax 97 “Japan”