Nike Air Tailwind Trainers – All You Need to Know 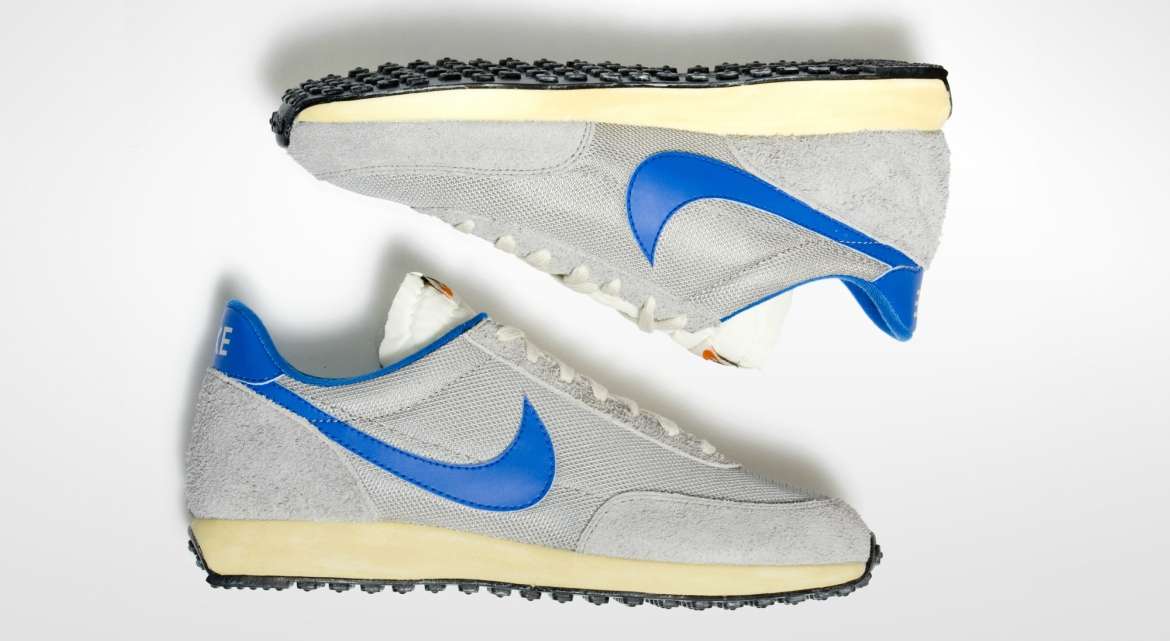 Using aerospace technology Nike made waves with their dynamic, streamlined trainers, ensuring a comfortable run and a stylish finish. We go through everything you need to know about these classic shoes, from their history to their evolutions throughout the years.

Nike have made a name for themselves as specialists in sportswear, from their workout gear to their footwear, keeping their products and designs up to date and infused with the best technology – ensuring an effective and safe workout. With good trainers being a necessity in all forms of sport, Nike takes their footwear seriously, and one of their greatest designs involved a good dose of scientific knowledge. The Nike Air Tailwind trainers made a storm in the late 70s, when it was introduced, and its classic design is still going strong to this day. 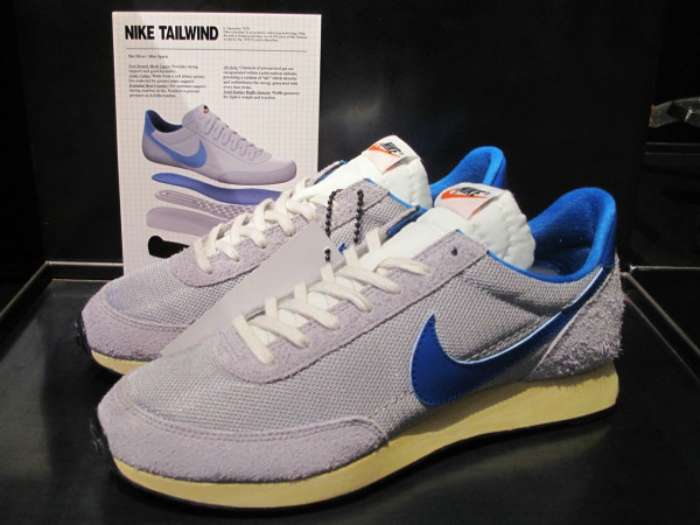 With a cushioned sole created from a sturdy, yet flexible air pocket, the Nike Air Tailwind was the first of its kind to fashion a form of cushioning using aerospace technology. The success of their design meant that their first creation was just the start, and there’s now more than 10 different evolutions of the first trainer.

Sports brands need to move with the times and the latest technology, ensuring that they provide their customers with the best and most up to date equipment. This sometimes involves taking inspiration and advice from some odd places, including space. It was in 1977 that aerospace technology specialist Frank Rudy came to Nike with the idea of using an air pocket inside of a shoe as a new form of cushioning.

Nike liked the suggestion and went for it, creating a new design of shoes, which they named the Air Tailwind. The design offered a streamline, elegant look and was perfect for the runners of the time, offering them additional comfort as well as support.

The original that started the whole buzz. The late 70s design boasted the classic air pocket feature and a clean grey and blue colour scheme. Runners were hooked on the increased comfort compared to traditional running shoes, as well as the subtle, streamlined look.

Taking a drastic turn in terms of style, the 1992 version of the Nike Tailwind took on a punchier, more 90s influenced style, featuring a bold red zig zag design and a bright yellow swoosh.

Showcasing the air pocket as a intricate part of the design, the 1996 version of the Nike Tailwind shoes carried on with the bold, heavy set style and statement colouring, with a heavy sole and a threaded white and black design. 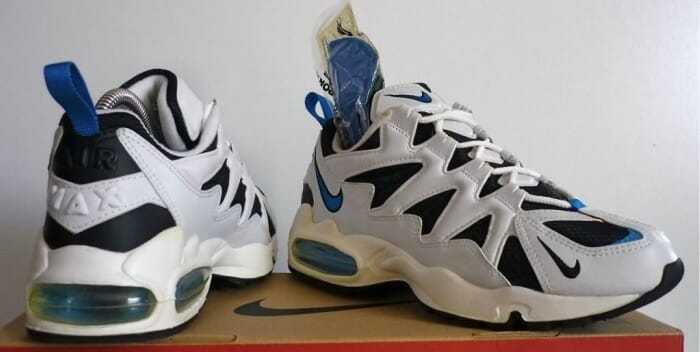 The trainer carried on with the standard, thick soled design, but featured less heavy lacing and more fluid patterning.

Similar to its previous model but with more room around the heel and improved leather overlays. It was popular amongst more heavy set runners due to its roomier design.

With a futuristic vibe and clean, rounded etching, the Nike Air Tailwind IV began to draw back from its bulkier predecessors and take on a more streamlined look.

Adding air pockets to both the heel and forefoot, and stabilising them with a polyurethane midsole ensured that the Tailwind+ maintained stability and support even on uneven ground.

Redesigned from the first + design to showcase the dynamic air pockets in a thicker, more visible heel, contrasting against bold, black colouring.

With its improvement in cushioning and support, the Nike Air Max Tailwind+ 3 became a runner’s best friend, and took a bold visual look with its visible aqua air pockets and textured foot.

With a basic improvement in stability and support the Nike Air Max Tailwind+ 4 wasn’t too different from its predecessor, but took a more visible contrast in its colouring and swoosh placement.

This design was the first of its kind, featuring a Cushlon midsole for better performance over long distance runs, and a mesh overlay to improve breathability.

Deciding the Tailwind+ needed a complete redesign Nike went extreme with the Nike Air Max Tailwind+ 6, improving on the visibility of the air pockets and introducing a foam upper that improved the overall fit.

Where to buy a pair of Nike Air Tailwind