Nike Air Raid Trainer – All You Need to Know 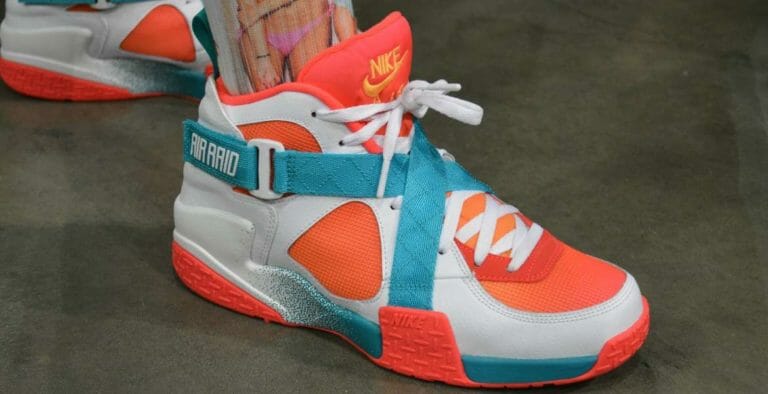 From the Nike Air Jordan range, to the Air Force 180, Nike have always been famous for making hardwearing, supportive, and stylish basketball shoes. Here’s all you need to know about the first basketball shoe they designed for outdoor use, the Nike Air Raid.

1992 was the year when the American national basketball team, nicknamed the ‘dream team’, became Olympic gold medalists at the Barcelona Olympics, becoming national hero’s in the process. The majority of these players were wearing personalised Nike trainers, designed for the specific purpose of playing basketball, as well as looking stylish whilst doing so.

However, at the same time, the designers at Nike were working on something else. Something more rough, ready and passionate. One of Nike’s most influential and innovative designers, Tinker Hatfield, was tasked with an idea. What if they made a basketball shoe, designed specifically for people to use on outdoor basketball courts. 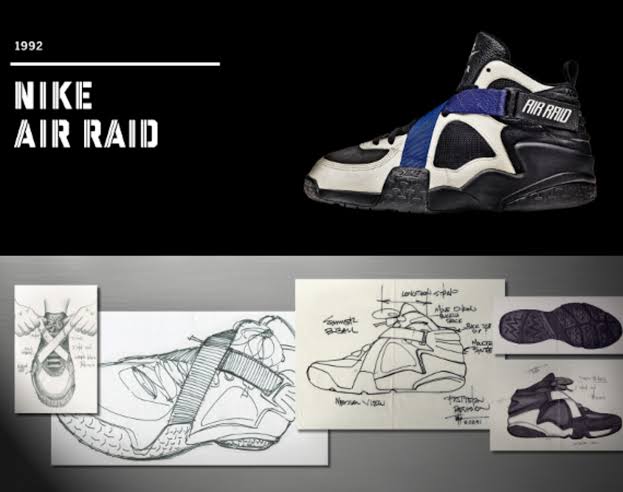 Although professional indoor basketball had caught the hearts and imaginations of a nation, Nike realised not everyone can play their favourite sport in the best facilities money has to offer. Instead, the majority of young people would play basketball in their urban communities, where they had nothing other than a caged court and some hoops.

The 1992 Nike Air Raid urban jungle commercial demonstrated this. Interestingly, The advert featured the prominent African American film director, Spike Lee, promoting the Nike Raids as a basketball shoe to wear in the outdoor urban environment of a basketball cage.

Out of every shoe Nike have ever made, Tinker Hatfield still see’s the Air Raid Nike’s as one of his favourite projects. This was a shoes that was born out of a passion for sport, community and peace. There were no multimillion dollar sport star endorsement’s here.

One of the main marketing techniques that Nike employed involved a promotion of peace within urban communities. Much like one of the key themes of Spike Lee’s Oscar nominated film Do The Right Thing, Nike saw the tensions prevalent within poorer urban communities within America. Through their advertising campaign, they used the Air Raid Nike’s to promote an idea of community and peace through sport.

This is something that Nike have celebrated in the 2014 re-release of the special edition Nike Air Raid Peace trainers. As a result of this, the special edition Air Raid basketball shoes keep the classic Hatfield design whilst styling an exciting multicoloured and grey colour-way. 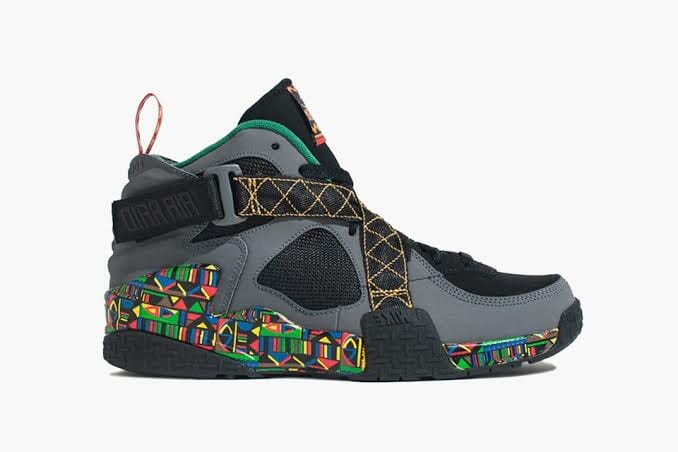 The romanticised story is that Tinker Hatfield received a yellow post-it note from his bosses at Nike, telling him to make an outdoor basketball shoe. In classic Hatfield style, he would go on to design the Air Raid basketball shoe from the ground up. Consequently, he again managed to design one the most iconic and innovative Nike shoes in existence.

As a result of the task he had be set, Hatfield had to design a balance between a lightweight sports shoe that was still durable and appropriate for concrete courts. This led to the innovative design that we now see the Nike Air Raid in.

Where to buy a pair of Nike Air Raid Trainer