Nike Air Max Plus – All You Need To Know 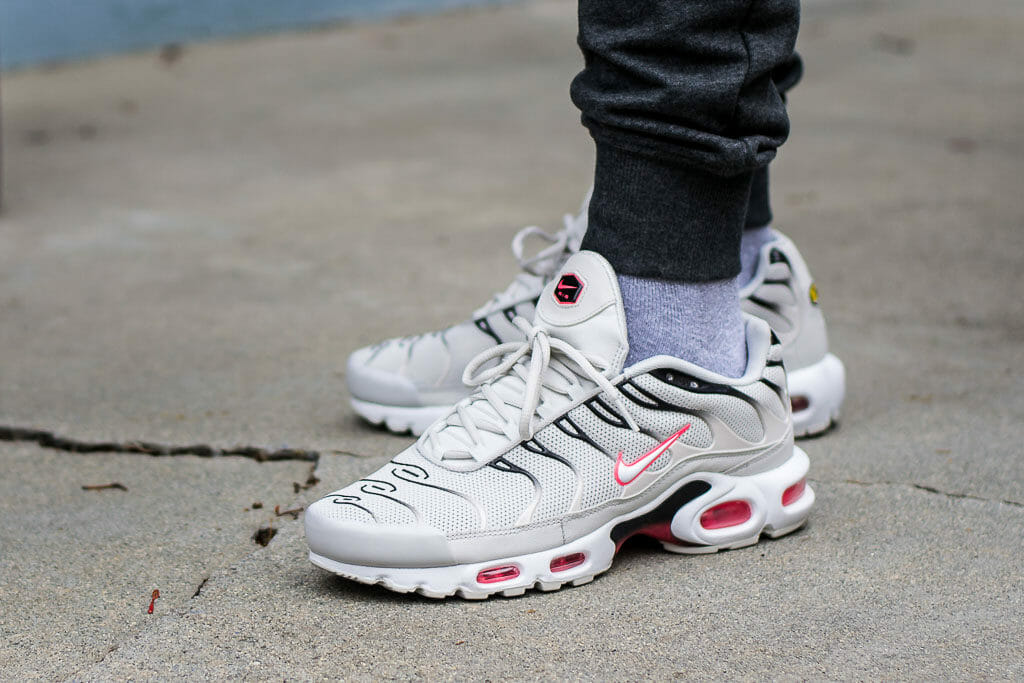 One of the most intricately designed trainers of the Air max family is the Nike Air Max Plus. We take a brief look into the trainer that has a reputation of being rough, but still inspires Air Max designs to date.

Launching in 1998, only a year after the much-loved Air Max 97, the Air Max Plus, or Nike TN as some know it had a lot to live up to. With looks straight from hyperspace and the best technology on the market, the AM Plus was a huge hit.

It’s likely you’ve seen a pair of TN’s recently as they’ve made a massive comeback in recent years, with many old colourways being resurrected and new ones launching too. It’s one of the most expensive Air Max models to date, retailing at £130, but they’re worth every penny. Also worth noting is that the TN has been a FootLocker exclusive since it’s original release, something Nike has never done since, although recently certain trainer boutiques have started stocking them.

After the initial release in 1998, the TN was a huge hit worldwide. Releasing in three colourways; OG Hyper Blue, Orange Tiger and Grey Shark, it was certainly a statement trainer. It’s seen limited releases since, with Nike liking to keep the fans waiting. However in 2013 all the OG colourways were relaunched as a general release. People went mad for them of course, and Nike obviously saw an opportunity. Since then, we’ve seen new colourways release consistently, with some of them being extremely strong and huge hits.

The Air Max Plus bought along a shed load of features that had never been seen before. The most notable being the alien-like exoskeleton cage covering the outer of the trainer. Although it’s extremely noticeable and a huge statement, it went down immensely well with Nike fans. Second up has to be the Air technology itself. Nike went for a completely different approach to Air than they ever had before, using a blow moulded rubber unit to contain the air bubbles themselves, along with the brand new hemisphere technology.

These “hemi’s” worked in conjunction with the air units, offering extra stability in places that the bubbles couldn’t. Doing this allowed Nike to take the pressure in the bubbles down to lower than before, which in return offered the wearer a much smoother and comfier ride underfoot. The Air Max Plus TN was basically a combination of two technologies, the Air system we all know and love, and the Tuned technology we’ve seen less of.

Up until relatively recent years, there hasn’t been many different iterations of the Air Max Plus. However since 2013 we’ve been flooded with new colourways and alterations alike. Some have been massive successes, others not so much. London sneaker boutique FootPatrol was also granted permission to launch their own exclusive colourways, which we’ll cover further on.

Released at the end of 2016, the swimming pool’s were certainly a love/hate thing. Sporting a hypnotising teal/white colourway inspired by water they certainly stood out from the crowd. Although most surprisingly, the Nike TN Air Max’s iconic cage was completely absent from this model, with Nike opting for a hyperfuse-esque like material instead. The air bubbles were also whited-out, making it not so much a “visible air unit” anymore.

in 2013 we saw the release of three Air Max 90’s titled the “Independence Day Pack“, that shot to fame after Kanye West sported the red pair. 2 years later in 2015 Nike bought us this TN of the same name. Also releasing in navy and white, the red was the biggest hit once again. Not one for the faint hearted they’re definitely a head turner.

Another relatively recent release, hitting stores June last year comes the satin pack. With a choice of emerald green or plum like pink, this was one for the fan of pastel colourways. It proved a huge success with the ladies, being extremely on trend at the time. However who said men can’t like pink? A whole heap of guys also rocked the shoes perfectly well, as a whole they were a huge success.

It was obviously going to happen at some point wasn’t it. Nike love a triple black edition and so do their customers. With such a tried and tested formula it would be stupid if they didn’t release this colourway at some point. Of course, the black Nike Air Max TN was a huge success. Need I say more?

As I’m sure you’re aware, the Air Max Plus is associated with the “bad-boy” look. Personally, I think it looks best when worn with tracksuit bottoms as other trousers don’t really match the vibe and can look odd. Make sure the ones you choose are cuffed so they don’t sit on top of your trainers and hide them. Alongside this, a good jacket and maybe a baseball cap will complete the look – if you’ve got an urban style you’ll love this.

Nike Air Max Plus – All You Need To Know

Where to buy a pair of Nike Air Max Plus