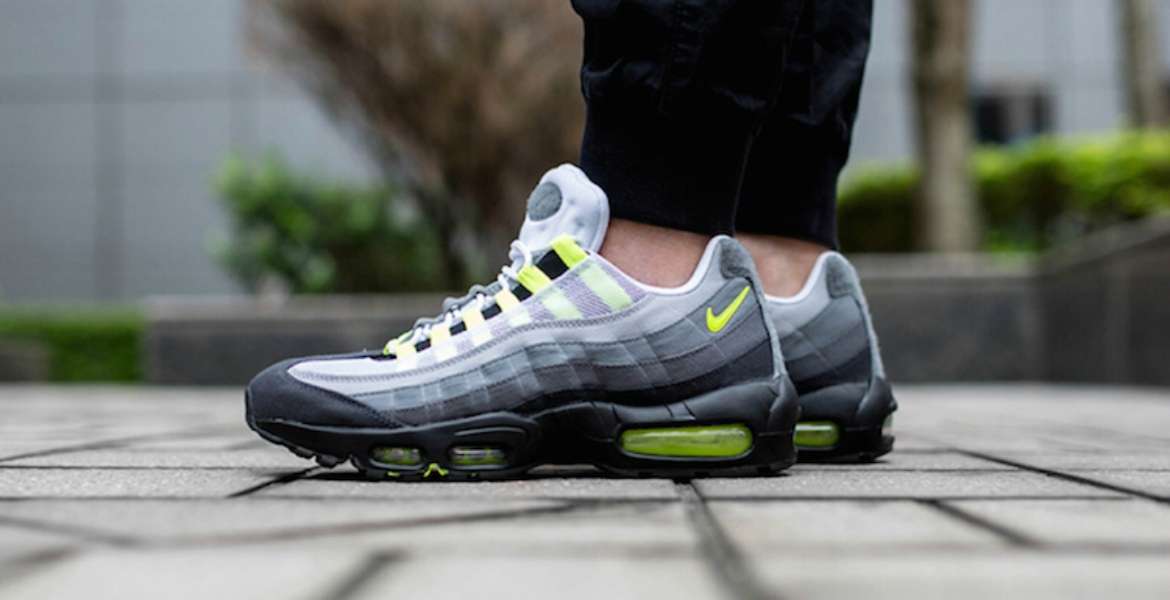 The 95’s return in all their original glory. To celebrate the 20th Anniversary of the silhouette Nike brings back the Air Max 95 OG Neon colourway – the very first design and the most popular.

Another year, another Air Max birthday and this time we celebrate the ever so popular 95′ silhouette. There is no doubt that when this style dropped it changed the game – of at least the running shoe game – forever. The 95′ is possibly the most recognisable style of the AM family and here in the UK became a staple shoe for young sneakerheads.

So it was only appropriate that Nike brought back the OG neon colourway for the 20th birthday. This gradient tonal pair became iconic and over time has almost become a myth to Air Max collectors as the colourway was so rare. So here is your chance to grab a pair of Air Max history come the drop date, these are set to be a sell-out.

This Air Max ’95 OG from Nike has a unique grey and white mesh and textile upper to provide maximum cushioning and comfort with a modern look inspired by iconic running shoes, with neon yellow lace hoops. It features a visible neon Air-Sole unit, Max Air 360 unit for ultimate cushioning and impact protection, a Polyurethane midsole for lightweight cushioning, plus a Rubber Waffle outsole for traction and durability. It is finished off with Nike branding on the tongue and heel.g

Designer Sergio Lozano looked at the structure and sinews of the human anatomy to create this classic silhouette. The first colourway that was produced was a gradient grey monotone with neon accents running across the design. For the 20th anniversary of the design, Nike brought back the original colourway to celebrate the OG silhouette.

In a time where Nike basketball sneakers were dominated the trainer market, Lozano wanted to strip back to the roots of creating a great running shoe. 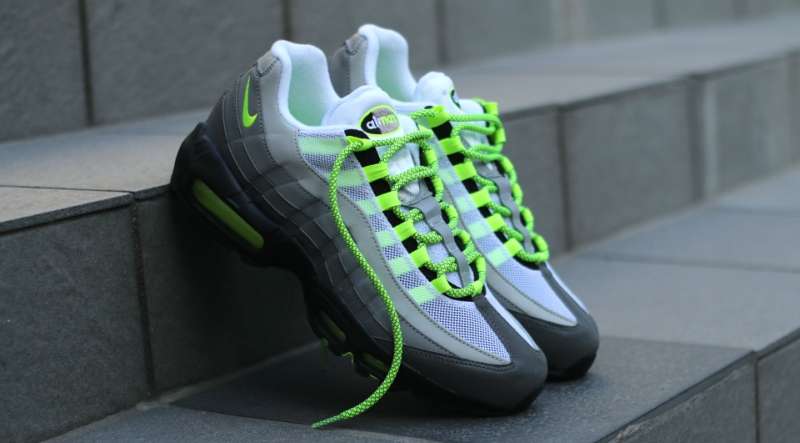 The gradient grey symbolises eroding rock, but also was calculated choice to avoid the appearance of dirt and mud. Lozano was warned that the “volt” colourway would not sell, however, he was determined to stick to his vision. The neon signature resembles the traditional Nike running kits. The original design did not include the swoosh detailing as Lozano believed the shoe spoke for itself, however later editions featured the swoosh on the side panel as well as the sign off at the back.

If this shoe couldn’t get any more iconic, it was the first Nike trainer to feature the visible air bubble in the forefront, and to have a black midsole.