Nike Air Max 90 Trainers – All You Need to Know 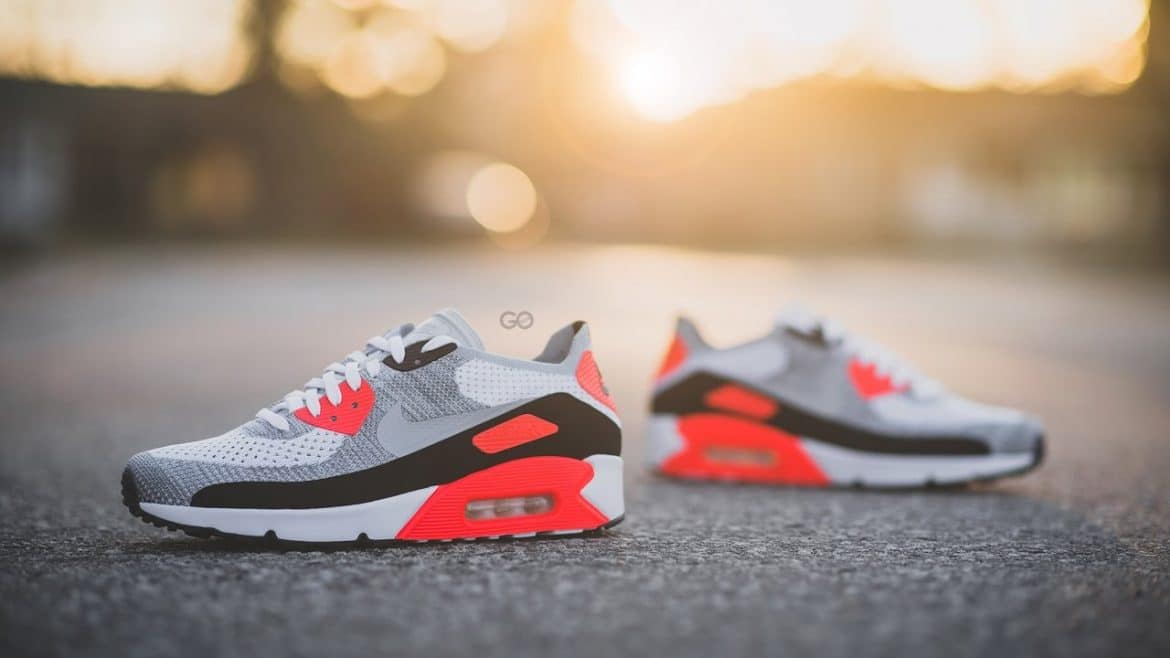 When thinking about Nike trainers you’ll most likely visualise the Air Max 90s. They are some of the most iconic trainers Nike has ever made and we’re taking a closer look at their history.

Sneakerheads have been obsessed with these for over a quarter of a century. If you’re thinking about picking up a pair, or you want to get to know a little Nike history, you’re in the right place. This is our guide to the Nike Air Max 90s.

Over the years their design hasn’t been stuck in a 90s bubble, it’s developed to become one of their most versatile and well-loved trainers. The chunky sole compliments the visible air cushioning system and with various colourways available, alongside their availability in high, mid and low-top, there’s a choice for every kind of sneaker fan.

During his many years designing for Nike, Tinker Hatfield has created some incredible trainers, the Air Max 90 is no different. Originally known as the Air Max III until 2000 when it was reissued and given the year of its release in its name. Trainers had previously featured hidden air cushioning in the heel, but it wasn’t until the release of the Air Max 1 in 1987 that this comfort feature became a part of trainer designs.

Take a look at this snippet of an interview with Tinker to get an idea of his creative process.

They contain the revolutionary Nike Air Sole technology. The breathable Hyperfuse upper makes these a favourite with casual runners who value looking good and comfort. 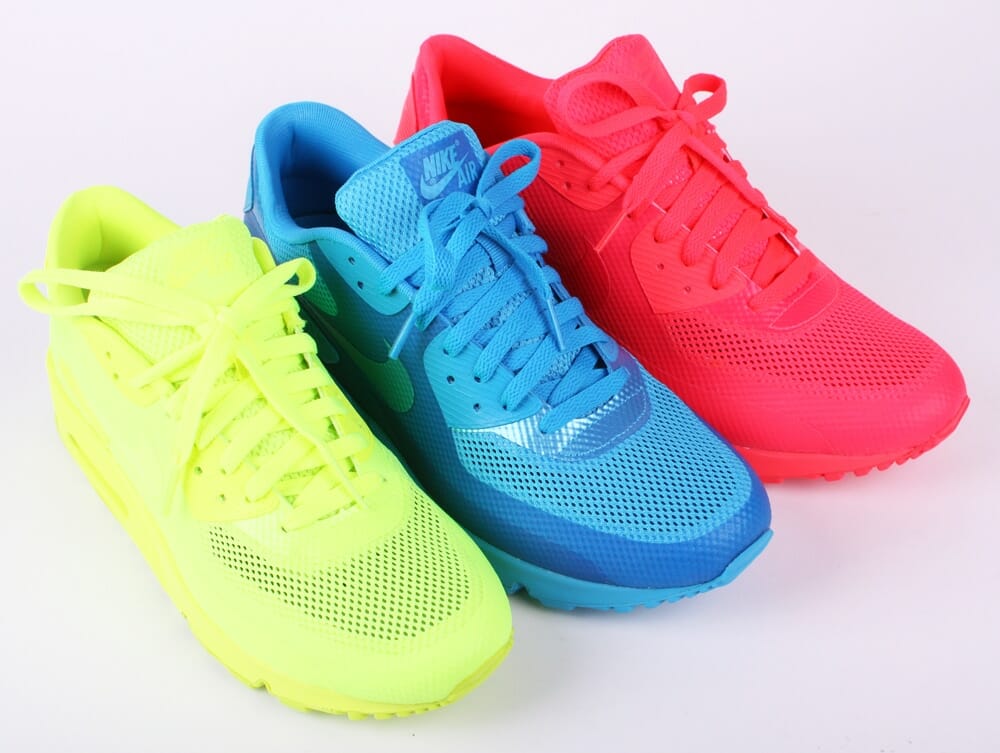 The Infrared is a striking trainer, flashes of red on the heel, sole and upper make these some of the most sought after trainer out there for fitness and fashion fans alike. 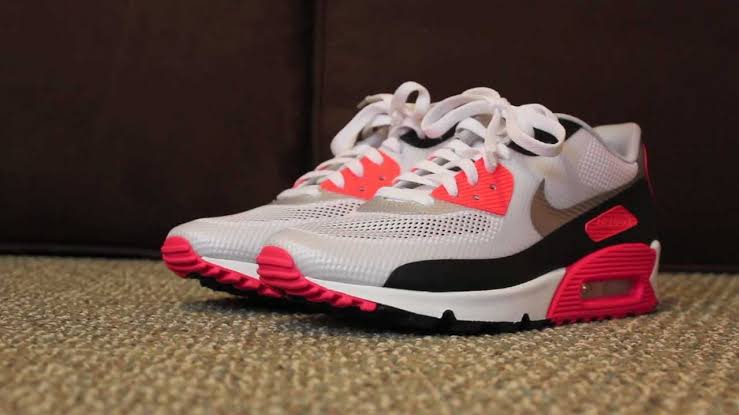 It’s rumoured that sneakerhead comedian Jerry Seinfeld had over 500 pairs of all white trainers at one point and who can blame him? The Air Max all white combine the classic Air Max look with a stunning white aesthetic, all you need to worry about is how to keep them clean. 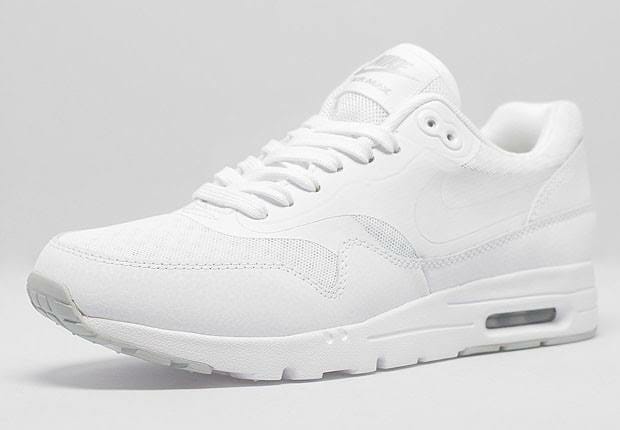 Red trainers can be a little hard to pair with your outfit but when it works, it works! As with most bright colour or patterns it thrives when contrasted with soft shades. 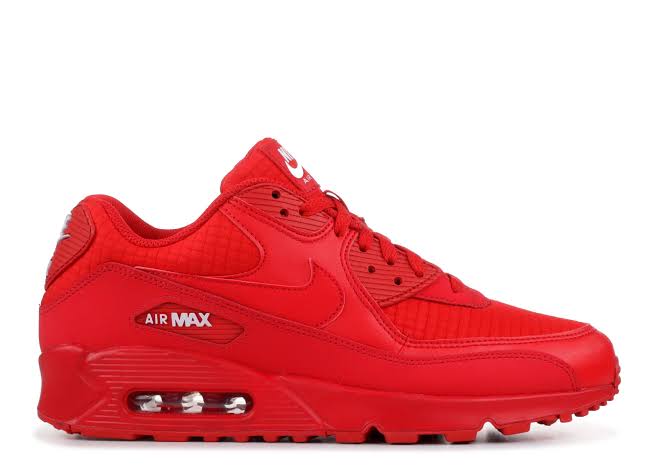 The upper is a mix of leather and synthetic material and all combined without a seam in sight. The outsole is pretty thick and creates a daunting trainer with removable patches and an american flag insole, these are just a couple of the unique features of the Sneakerboot. 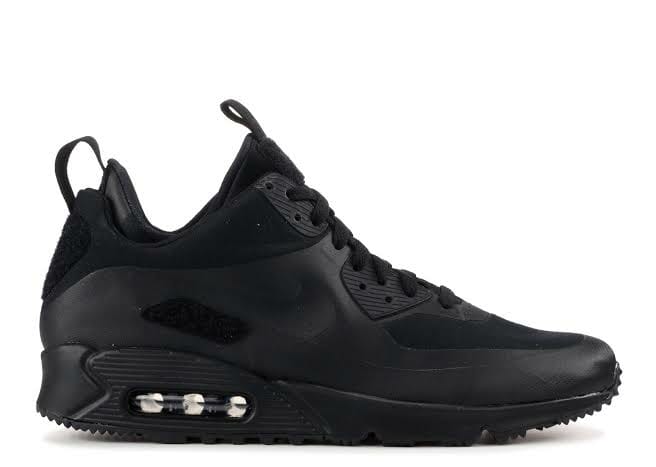 Where to buy a pair of Nike Air Max 90