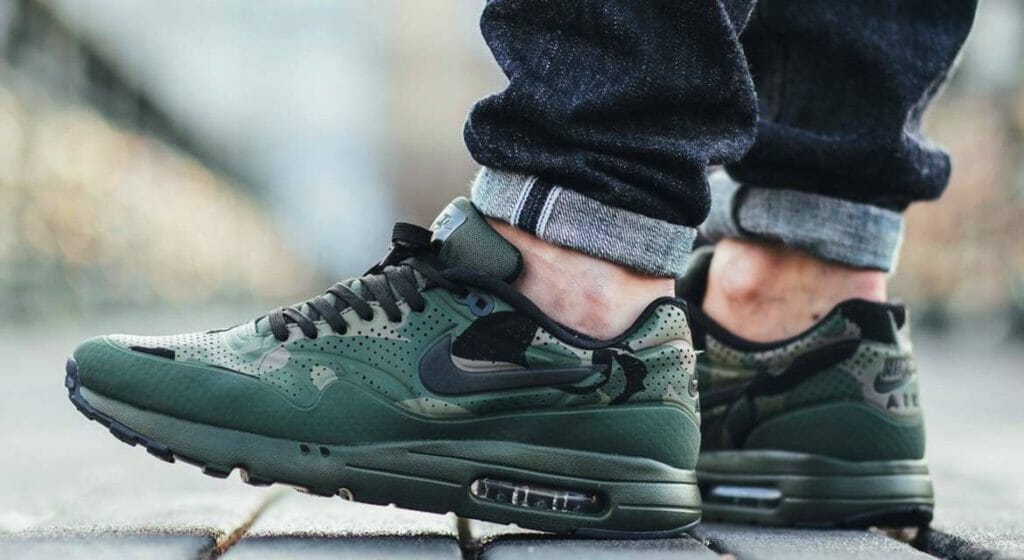 Introducing a new silhouette for 2015, Nike updates the favourite Air Max 1. The new Nike Air Max 1 Ultra Moire is a stripped down version of the OG style, and for the new design they gifted us with camo.

If you’re a fan of the Air Max 1‘s then you’re surely going to want a pair of The Nike Air Max 1 Ultra Moire Camo come the drop date. The redesigned silhouette features less material than it’s predecessor, making a slim cleaner trainer for those of us that like our kicks with a modern edge.

The seamless one-piece upper features a synthetic laser-perforated design, and are inspired by the traditional military camo print. Also featuring the visible air bubble that was first introduced into this style in 1987 .

As you have probably realised, camo is the SS16 print. Adding this pair to your collection will have you well in the trend before it’s even relevant. The camo print is quite bold however the black swoosh, sock lining and laces pull the style together. Trying wearing these with dark denim shorts,a white tee and black bomber come summer.

The Nike Air sole units first appeared on the scene in the late 70’s. In 1987 the Nike Air Max debuted with visible air in it’s heel, inspired from the Pompidou Centre in Paris. The Air-Sole comfort soon became a sneaker icon with athletic, celebrities and collectors co-signing the design. With a catalogue of offspring colour-ways and collaborations the Air Max has cemented itself as a Nike fans staple.

This new design of the classic silhouette was created as a stripped back version for 2015. With the no sew design the overall look of the trainer is simple and modern.