Nike Air Jordan 3 (III) Trainer- All you Need to Know 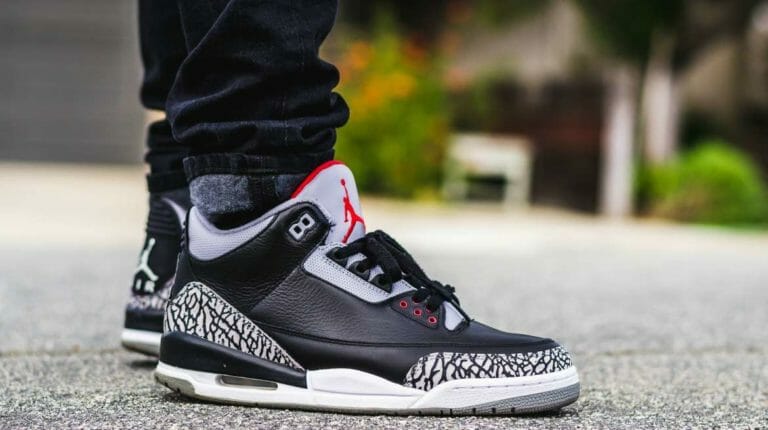 The first Jordan’s that sneaker legend Tinker Hatfield designed the famous Nike Air Jordan 3. Worn by the great Michael Jordan and re-released after his retirement, here is a brief history of the iconic pair.

When you think of Jordan’s then you would be pressed to find someone who doesn’t think of the Nike Air Jordan 3’s. These are probably one of the most worn pair of Jordan’s off the court and a fan favourite.

The Jordan III is one of the most famous shoes from the series. The iconic ‘elephant’ print has become one of Nike’s most famous patterns, and the shoe itself, the first Jordan to feature visible air, is a classic silhouette that perfectly demonstrates the forward thinking designs of the Jordan brand.

In 1988 sneaker legend Tinker Hatfield designed his first Jordans for Nike. In creating the design Hatfield also said goodbye to the old school “wing” logo and introduced the “Jumpman”, which is the one still on Jordan’s to this day. These were the first Air Jordan to feature the Visible Nike Air Technology, and we’re dropped in four colourways at the time.

The Air Jordan 3 was the first “retroed” trainer, but with Micheal Jordan coming out of retirement they ended up being the last retro of the 94′ series. This strung a whole lot of colourways later down the line, and became one of the most coveted Jordan’s of all time.

Where to buy a pair of Nike Air Jordan 3