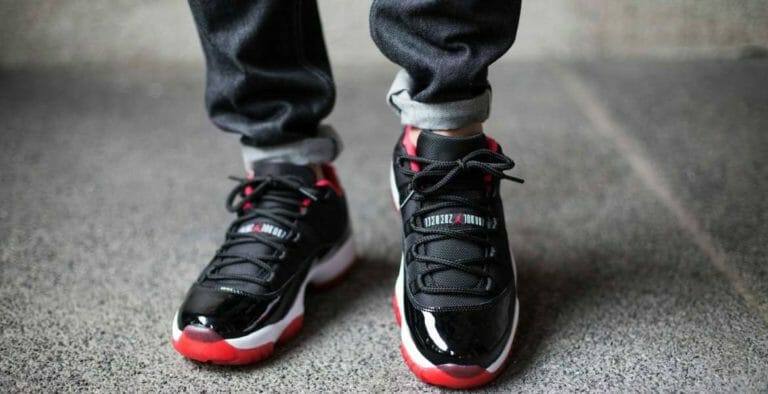 To celebrate the brands 30th anniversary the Jordan brand celebrates with a new Air Jordan 11 Low. Bringing back one of the most iconic and beloved silhouettes of all time.

Many a fans have coveted after the original “PE” pair of Jordan’s since they were first spotted on Micheal Jordan’s feet in 1996. Not only are they bringing them back for the 30th anniversary but we are getting the original classic colour way of black and true red from the original high version.

These are possibly the most anticipated sneaker release this whole summer, Nike have delved into the archives to pull out this pair of Jordan’s. These wont be on the shelves for that long so make sure you are ready come the drop date.

The Air Jordan XI—one of the most iconic and beloved Air Jordan models of all time—follows His Airness’ insight of bringing a formal look to the court, featuring patent leather for the first time in an athletic shoe. Jordan Brand celebrates the 30th anniversary with a new Air Jordan 11 Retro Low, taking the classic Black/True Red colours from the original high version.

Michael Jordan wore his Air Jordan 11 basketball shoes during his comeback season, and won the first championship of his second three peat, making the Air Jordan 11’s have a significant role in sports shoe history. Jordan and designer Tinker Hatfield caused a stir when the Bulls player entered the court with radically different look shoe- patent leather. These shoes are also known as ‘Space Jam’ thanks to their appearance in the legendary film