Nike Air Jordan 1 Trainers – All you Need to Know 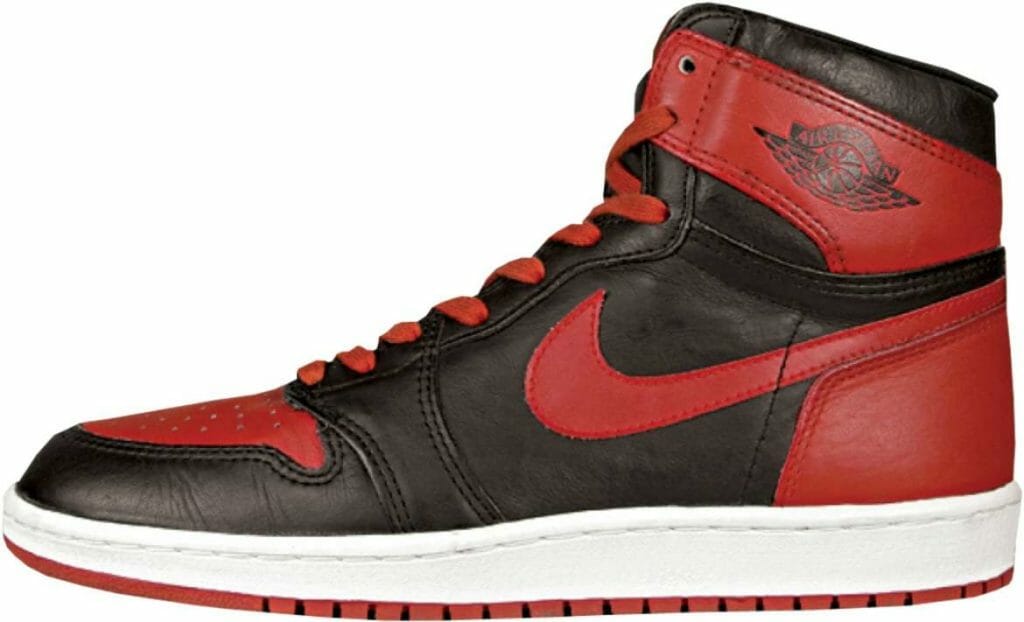 These classic trainers had to start somewhere, so we’re going back to the first and original Nike Air Jordans to tell you everything you need to know.

It’s a series of trainers that’s had more variations and upgrades than the I-phone, but despite its growth and changes, we’re heading back to the very first pair that started the iconic series, the Nike Air Jordan 1.

Built with basketball and its star player in mind, the Nike Air Jordan trainers took centre stage in Michael Jordan’s rookie year, taking him from strength to strength and inspiring sneaker fans from all over the country to grab a pair for themselves. They’re a huge part of trainer history, and like with most iconic styles, they started from a small idea that grew into something big.

With Michael Jordan already making a name for himself as an incredible sportsman throughout his university years, Nike knew he’d be the perfect signature player to help promote a perfect signature trainer. The first design was created in a red and black colour, which was against regulations due to its lack of white, so every time Michael Jordan stepped out onto the court, Nike had to pay the $5,000 fine so he could continue to wear them.

This rebellious streak only helped to heighten the appeal for the trainers, however Nike did eventually produce a colour way of red, white and black, which were worn by Jordan for the majority of the first season. Since then, with the success of Jordan’s career and growth as an inspirational sportsman, Air Jordans have evolved with the times, changing in style, colour and technology, while still maintaining their iconic look that keeps them a sneakerhead favourite.

Beginning in 1994, the Air Jordan 1 Retro range took the traditional look of the 80s designs and began creating new colour combinations, both bold and subtle.

Actually not completely all white and broken up with hints of grey, giving it a textured, subtle look.

Versatile, streamlined, but still with the signature build that makes it iconic, these black jordans are perfect for everyday wear and will go with pretty much any casual outfit.

As part of their retro collection, Nike released these striking trainers in a bold yet versatile black and white colour.

The first iconic colour range, and the style that was subsequently banned by the NBA, the classic black and red Nike Air Jordans holds a historic edge and gives off a rebellious, striking vibe.

Where to buy a pair of Nike Air Jordan 1