Celebrating 30 years of the legend himself Micheal Jordan, the Jumpman brand dig deep into their archives to create a colourway that represents one of Jordan’s career defining (but forgotten) moments. Here is the Nike Air Jordan 1 Shattered Backboard.

After Michael Jordan dazzled fans during a stellar rookie campaign, the air show continued into the summer while he played on a traveling team. During an exhibition game in Italy, souvenirs spilled onto the court in the form of a broken backboard. Attacking the rim with graceful ferocity, Michael unleashed a backboard-shattering dunk (literally).

It isn’t often that Nike blesses us with a new colourway of the OG Air Jordan 1’s but when they do you can always say you are wearing a piece of history. Looking at this pair you can easily see the inspiration being drawn from the Chicago Bulls colour way, but swapping out the red for a vibrant orange to match the game jersey.

The latest Air Jordan 1 Retro is inspired by the uniform colours of the jersey from that summer exhibition game, with a unique graphic adorning the insole commemorating the first (and last) time his Airness broke the backboard. 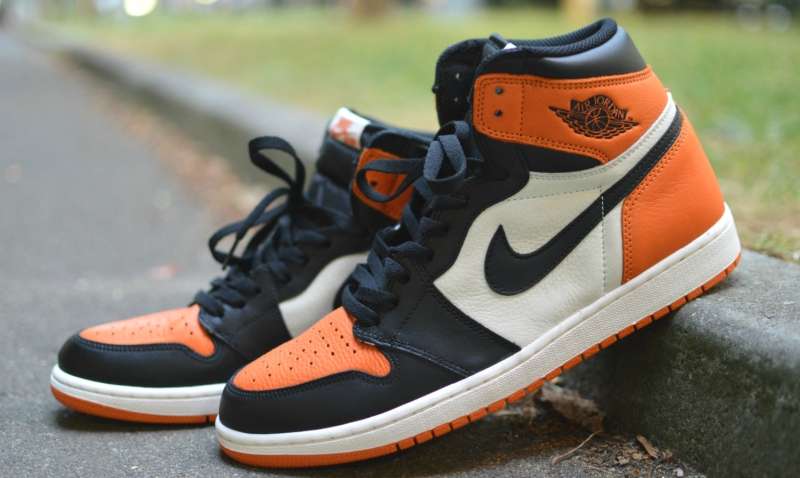 With Michael Jordan already making a name for himself as an incredible sportsman throughout his university years, Nike knew he’d be the perfect signature player to help promote a perfect signature trainer. The first design was created in a red and black colour, which was against regulations due to its lack of white, so every time Michael Jordan stepped out onto the court, Nike had to pay the $5,000 fine so he could continue to wear them.

This rebellious streak only helped to heighten the appeal for the trainers, however, Nike did eventually produce a colourway of red, white and black, which were worn by Jordan for the majority of the first season. Since then, with the success of Jordan’s career and growth as an inspirational sportsman, Air Jordans have evolved with the times, changing in style, colour and technology, while still maintaining their iconic look that keeps them a sneakerhead favourite. 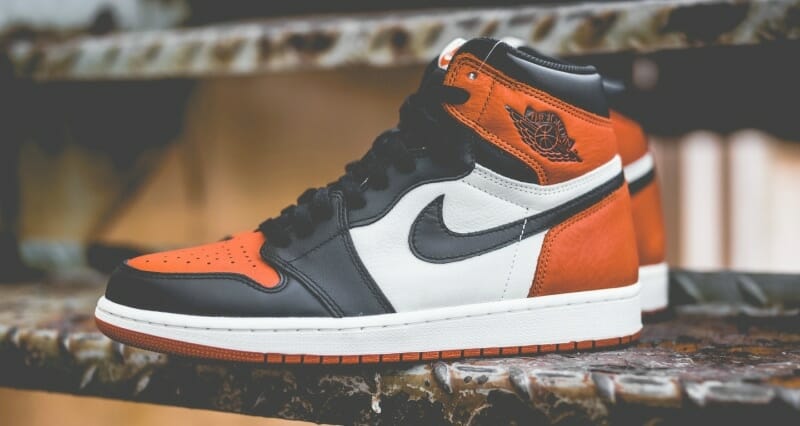