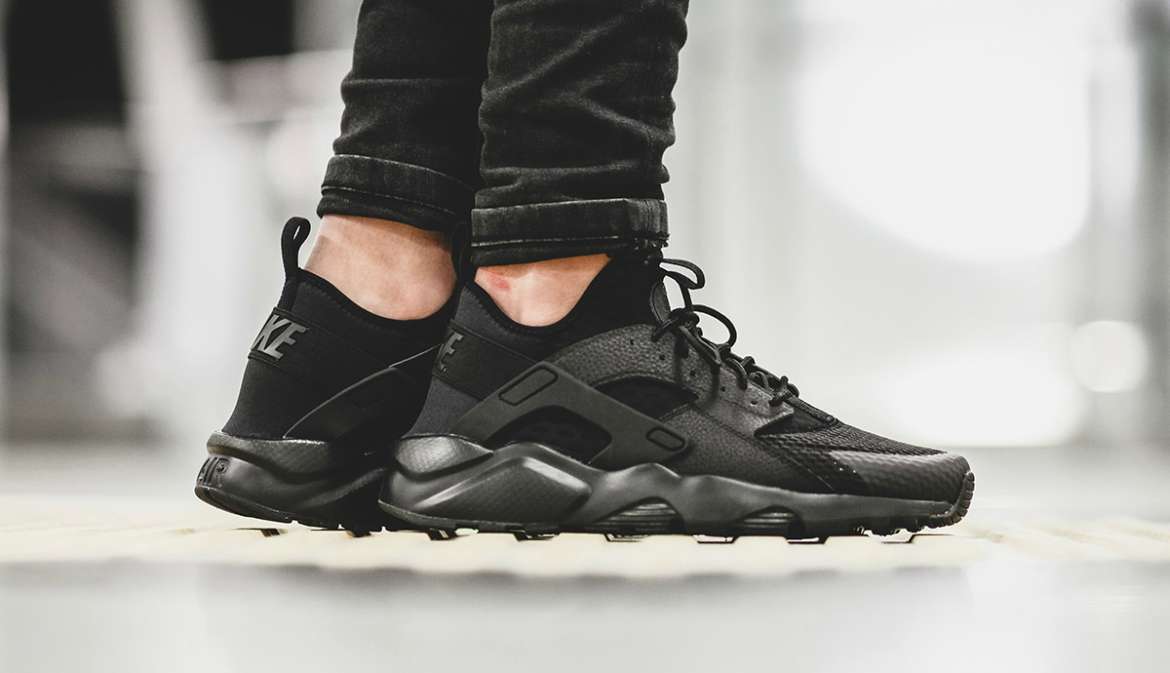 Part of the 15pack tonal drop comes the modern monochrome triple black colour-way. Definitely the less “summery” of the drop, the Ultra BR Triple Black will however be a classic.

Revamping the classic style, this pair boasts a mesh upper for extra comfort and breathability. Keeping to the Tinker Hatfield 1991 classic’s, the sneaker has the built in sock technology which is ever so popular with this design, giving a snug but comfortable fit.

However, upgrading the futuristic silhouette is the slimmed down profile, and lighter outsole unit which has additional ventilation in the side for added comfort. The heated moulded overlays are a summer feature as opposed to the typical suede and leather we are privy to.

Now I know what you’re thinking, another pair of black trainers, right? However, the silhouette of the Huarache’s are so distinctive you will see them making a rotation in your wardrobe often enough. Like most black trainers, the sleek way to wear them is with an all black outfit. Since these are a summer favourite you can always wear them with denim shorts, and to keep the outfit on point for summer why not try a white denim jacket too?

Another Tinker Hatfield creation, the Nike Huarache was first introduced on the scene in 1991. The Nike Air Huarache was developed as a running shoe that was “stripped to the bare essentials”. That stripping included loosing the beloved swoosh branding that Nike is known for in an attempt to really highlight the shoe being a athletic staple, as opposed to resting on the brands popularity.

Did you know? The Huarache’s were nearly not produced, but on the first test of sales they sold out completely meaning the were sent out for mass production.