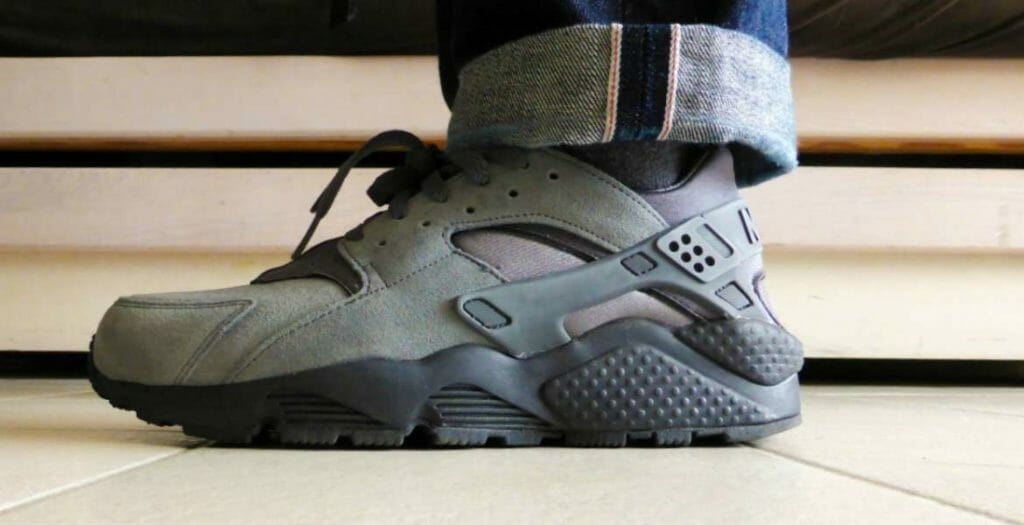 The Huaraches are back again, and this time, we have a whole new premium colour way. Introducing the Nike Air Huarache Le Cool Grey Trainers dropping this week.

After the drop of the Triple Black release, we weren’t too sure if we would be blessed with another pair of Huaraches for a while. But, low and behold Nike have just dropped some images of the new Nike Huarache le cool grey. This muted grey pair features premium suede uppers woven in with Huarache mesh detailing. This light pair comes just in time for those spring days when you might want to move away from the winter tones for a while. We take a detailed look at the pair before the drop date.

It’s not news that the Huaraches have made a massive comeback this year, they have transitioned from being a sneakerheads fave to just everyone’s favs. The new Lecool Huaraches take on a more premium approach to your everyday Huaraches, featuring accents of suede to the upper making them look more.. expensive.

Another Tinker Hatfield creation, the Nike Huarache was first introduced on the scene in 1991. The Nike Air Huarache was developed as a running shoe that was “stripped to the bare essentials”. That stripping included losing the beloved swoosh branding that Nike is known for in an attempt to really highlight the shoe being an athletic staple, as opposed to resting on the brand’s popularity.

Did you know? The Huaraches were nearly not produced, but on the first test of sales, they sold out completely meaning the were sent out for mass production.

Where to buy a pair of Nike Air Huarache Ultra