Nike Air Force 180 Olympic Trainer – All You Need to Know

Inspired by the 1992 Olympic American basketball team, the 2016 Nike Air Force 180 Olympic trainer represents a long line of sneaker and sportswear history. For anyone interested, here’s all you need to know about the Nike Air Force 180. 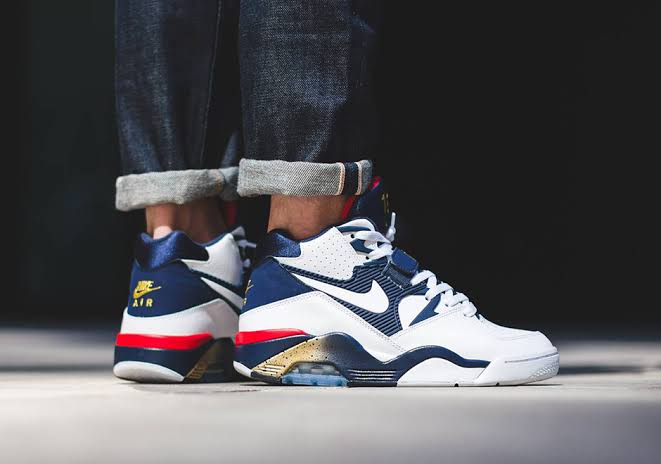 In 1992, the ‘dream team’ of American basketball destroyed all other countries at the Barcelona Olympics. The 1992 team was seen as one of the best collection of sporting athletes in the world, and with players such as Michael Jordan, Magic Johnson and Charles Barkley, it’s not hard to see why. After the controversial decision to finally allow professional NBA players compete in the olympics, for the first time ever, the US olympic basketball team were more than just athletes. They were celebrities. 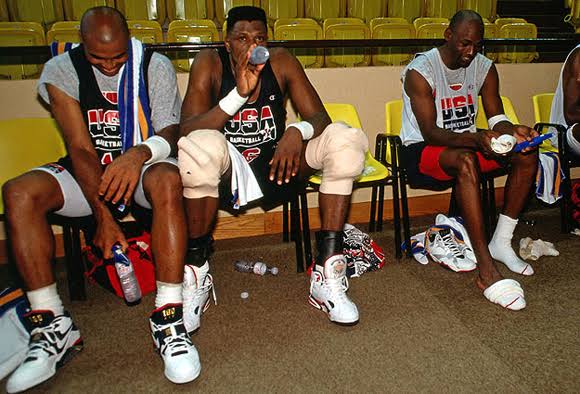 Designed to the exact specifications of Charles Barkley’s feet, he wore the Nike Air Force 180 as he represented his country during the 1992 Olympic basketball games. Nike originally produced this iconic set of sneakers with a patriotic red, white and blue colour-way. The national colours of the American flag meant that he suitably represented his country on the court, as well as being stylish whilst doing so. Charles Barkley was also the highest scoring player on the team, making it obvious why Nike have decided to release his Olympic shoes.

Now, just in time for the 2016 Olympics in Rio, Nike are re-releasing the Air Force 180 Olympic. Coming in a classic, red, white and blue colour-way, the trainer has retained its sporting heritage. Adding extra detail is a metallic gold trim on the strap and tongue of the trainer. 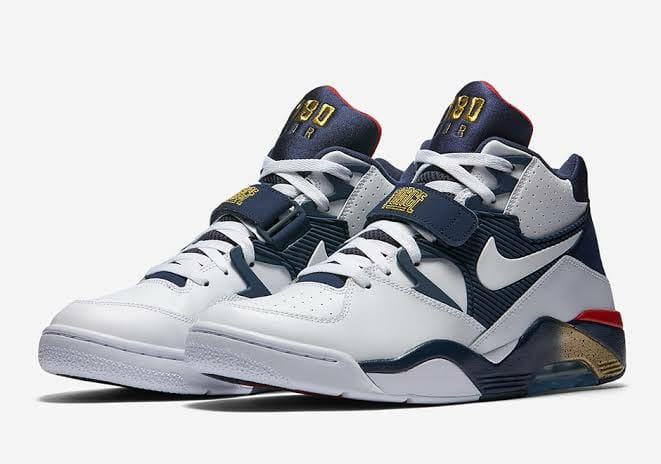 As this is an Air Force trainer, it wouldn’t be complete without the trademark Nike Air technology. Within the heel of the shoe is the iconic air cushion, helping with support for running around a basketball court. Additionally, the upper wings of the shoe are attached to one another via a velcro strap across the laces.

Although you can get a pair of 180 Air Force trainers in many different colour-way designs, the specific re-release of the Olympic edition only comes in this classic American colour-way.