New Puma Thunder Spectra Colourways are on the Way 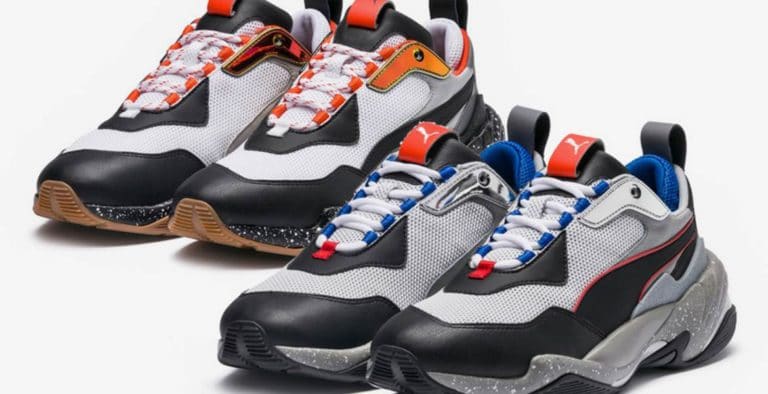 Earlier this month, the long awaited Puma Thunder Spectra dropped in extremely limited numbers. Many sneakerheads were left disappointed. Thankfully, some brand new colourways are coming our way soon, and they look just as hot as the original release.

With the chunky sneaker trend still in full effect, it’s no surprise that the Puma Thunder Spectra sold out instantly upon it’s launch. The model was teased for months via many publications, and was of course seen on the feet of influencers all over Instagram. Many sneakerheads around the world were left suitably disappointed when they failed to get their hands on a pair. Thankfully, Puma has taken notice of this demand, and is subsequently dropping two brand new colourways of the Thunder Spectra. 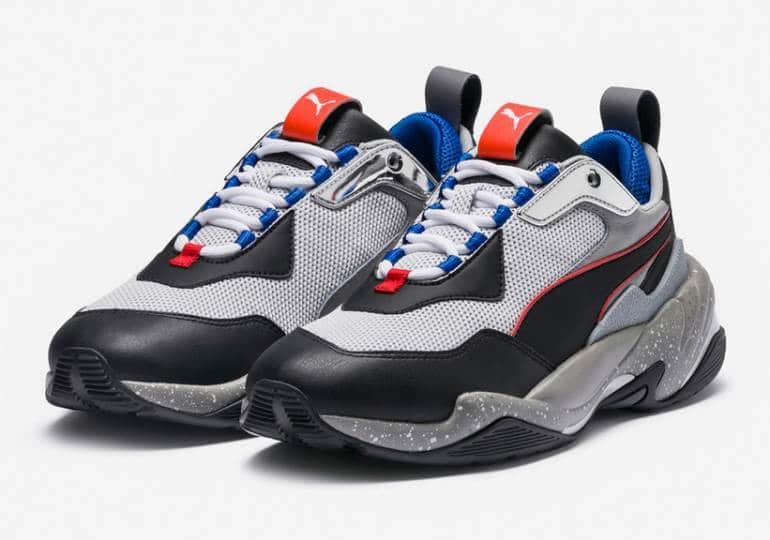 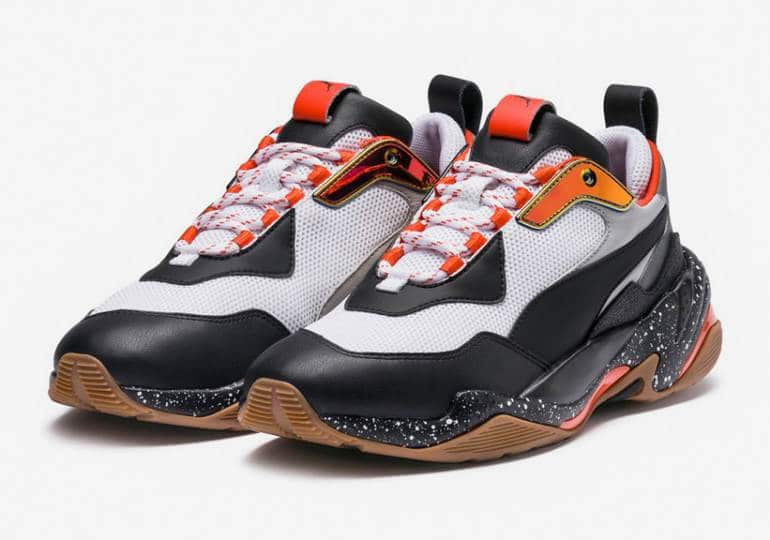 The two new colourways are both equally as appealing, with the first consisting of electric blue, grey and red, and the second utilising shades of orange, black and grey. Both variations are then finished off with none other than a speckled midsole, a feature that’s adored by many sneakerheads. Puma branding can be found throughout each model, including the classic logo on the lateral side of each shoe.

Fingers crossed these variations shouldn’t be as limited as the original Thunder Spectra, however either way the demand is still likely to be high. As far as we know, these two colourways are set to to drop on the 21st of June, so you’ve got a bit of time to formulate a plan of action to make sure you get your pair.

Where to buy a pair of Puma Thunder Spectra Orange/Blue