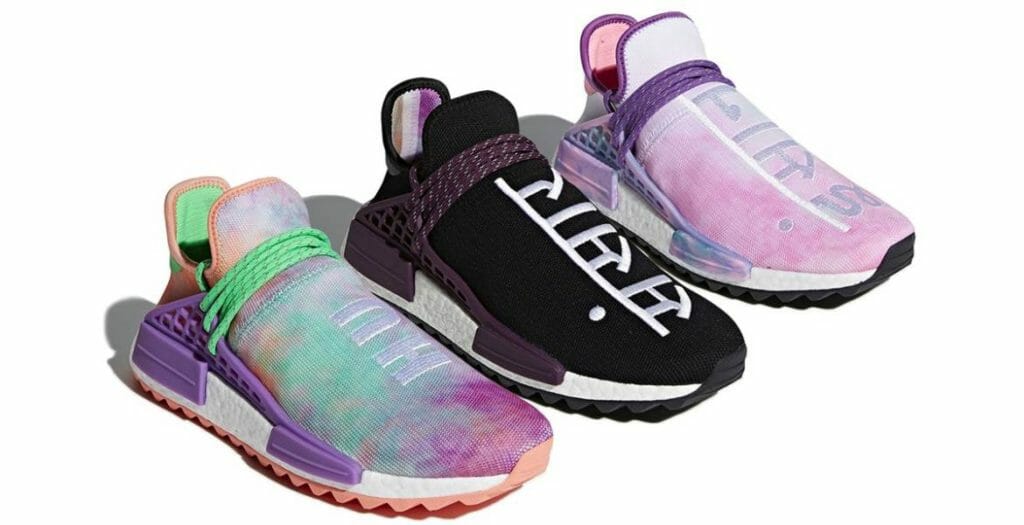 Just last week we received the news that adidas Originals were launching their SS18 collaboration range with Pharrell Williams, shortly followed by the launch of the “Blank Canvas” capsule. Just a week later we’ve now got the latest regarding the next capsule, so read on for more.

Last week’s release saw fans all over the globe rushing to get their hands on the capsule, particularly the highly coveted Hu NMD. It’s a silhouette that’s been popular with sneakerheads since its introduction, and thankfully, we’re going to see more of it very soon. The entire range is dedicated to the ancient Holi festival which occurs annually in India, and is a celebration of equality, peace and colour. Following on from the initial “Blank Canvas” capsule, the latest three silhouettes previewed showcase bright and bold colours that will certainly stand out from the crowd. 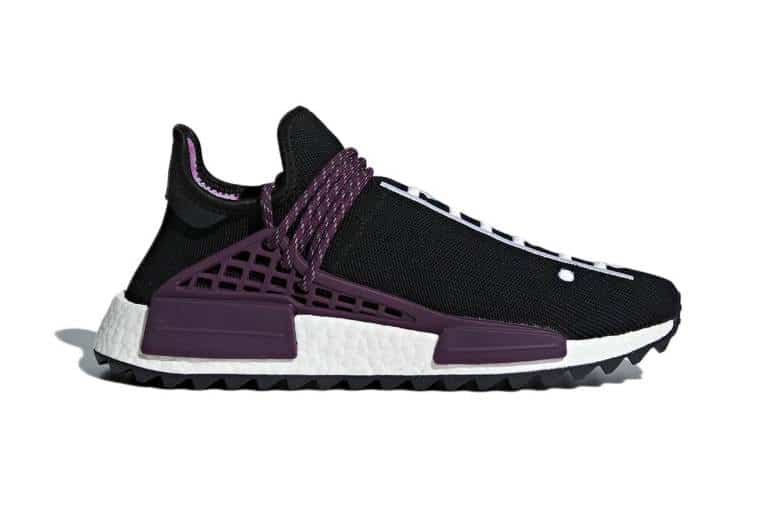 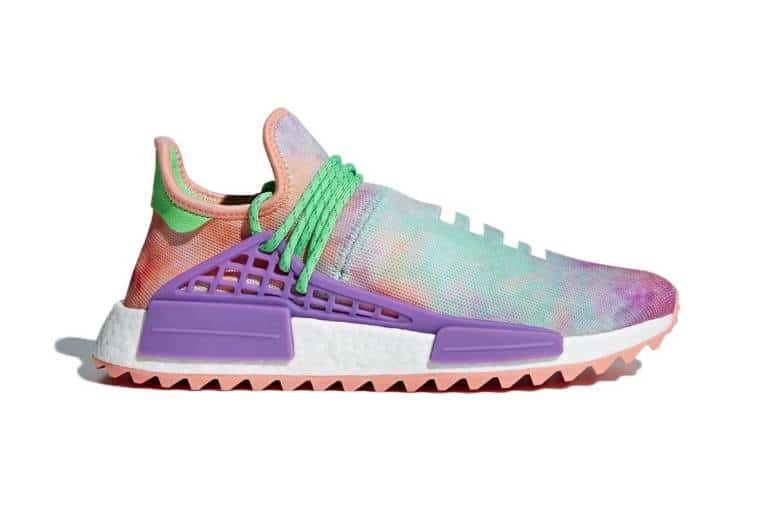 Three new colourways of the popular model have been unveiled – a black/purple, a tie dye rendition and a pale pink version. All the features you’d expect from a Hu NMD are present here, including a full Boost midsole for optimum comfort and a Primeknit upper. The iconic NMD midsole bumpers also make an appearance here.

If, like us and most of the sneakerhead community, you’re fans of the Hu NMD, the good news is that you won’t have to wait too long for these to release. They’re set for an early release in India and will be available from the 2nd March, and they’ll see a complete global release on the 16th March. You’ll be able to pick up a pair via adidas directly and of course from select retailers. If last weeks release was anything to go by, these won’t be an easy cop – so make sure you’ve got a plan of action for the madness that’s bound to occur on drop day.