Pharrell Williams has continued his impressive list of collaborations with Adidas by unveiling his latest Hu NMD. Similar to the “Human Race” NMD’s but featuring N.E.R.D graphics, they’re sure to be a big hit with sneakerheads around the world.

The previous Human Race releases were huge successes and sold out instantly across the board. This silhouette is likely to follow suit very closely. Pharrell himself was spotted wearing a pair during the YO’HOOD 2017 event in Shanghai – pictured with his longtime friend Nigo of A Bathing Ape and Human Made fame. The silhouette itself is very sleek and wearable, however the graphics themselves are very stand out. 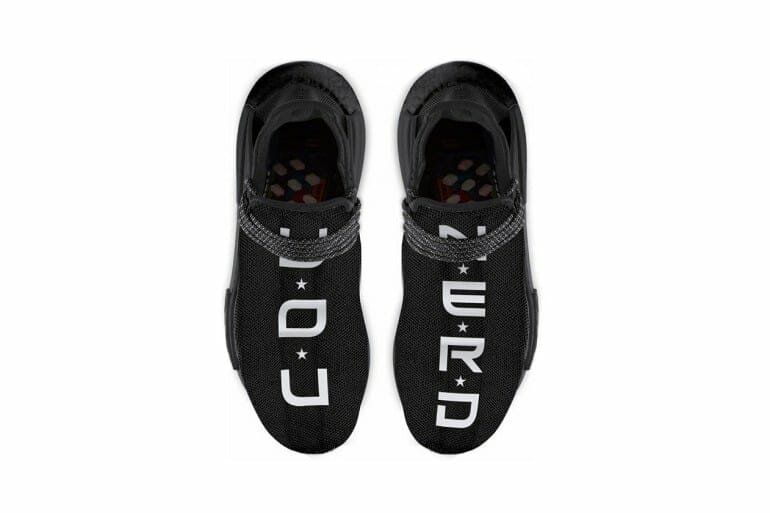 The silhouette features the usual innovative lacing system. On the right shoe “Y.O.U” is printed, and on the left “N.E.R.D”. The black colourway is certainly clean and also very different to Pharrell’s usual bright and bold colour schemes of yellow, red and green. In case you were wondering, N.E.R.D is Pharrell’s funk rock band that have been on the scene since the late 90’s. 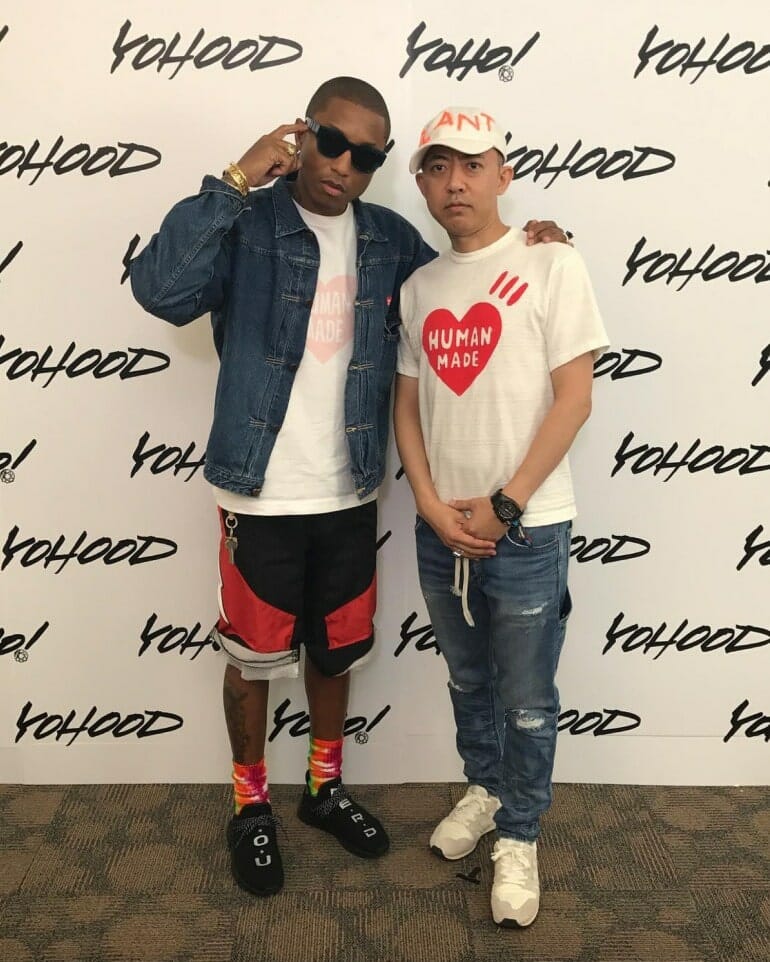 No release date has been set for the sneakers yet, but expect them to be very limited and very hyped. Previous Human Race sneakers have sold out instantly and then hit the resell market for over double original retail price. This release is likely to be of the same calibre and will only be available at very select retailers across the world.