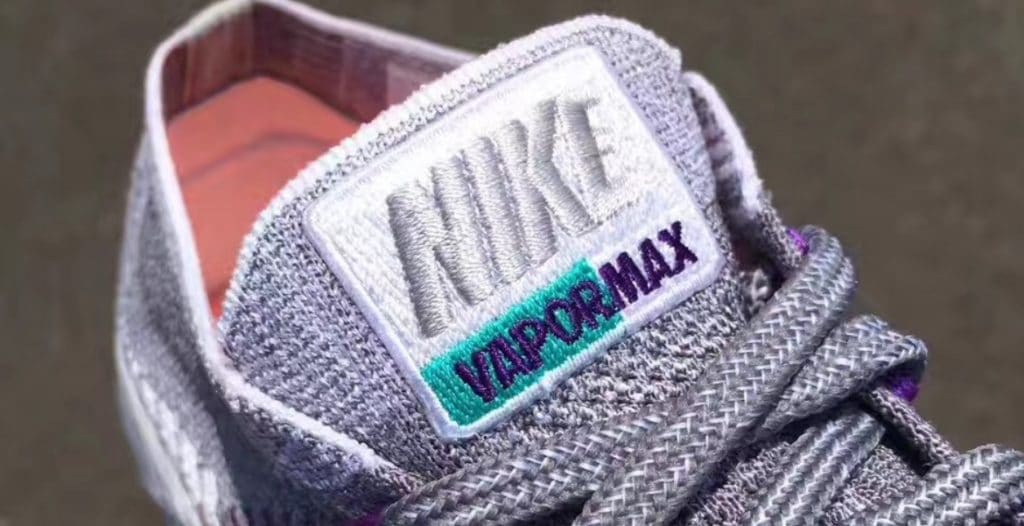 Nike have had unprecedented success with their latest 2017 model, the Vapormax. Recently new colourways have started to appear, generating a lot more interest. Yesterday they leaked a “Grape” colourway reminiscent of a famous Jordan 5 we all know and love. Take a further look below.

The Vapormax was unveiled in February this year, and since then it has proved a massive success. After a few months of just the OG and triple black colourways floating about, Nike are now flooding us with new colourways by the day. It’s Vapormax season for sure. The recent City Tribe pack was a favourite with sneakerheads, and now teaser images have been released of a “Grape” colourway.

You might be wondering why you recognise the colourway? The “Grape” is actually a classic Nike colourway, made famous by the Jordan V. Although there’s been few grape releases, each one has always been a massive hit with sneakerheads and I must say I have a soft spot for it myself. We saw the grape colourway once again last year when Nike gave us a women’s release only Air Max 95 “Grape”.

It’s guaranteed to be a huge success, sneakerheads will be gagging to get their hands on a pair. There’s been no word on release date yet, or how limited the release will be.

If previous Vapormax releases are anything to go by, it shouldn’t be too much of an issue getting your hands on a pair. This is definitely good news as no one likes being disappointed after waiting an amount of time for a certain pair. Keep your eyes and ears peeled for new information, we’ll be sure to let you know.

Where to buy a pair of Nike Air VaporMax Flyknit