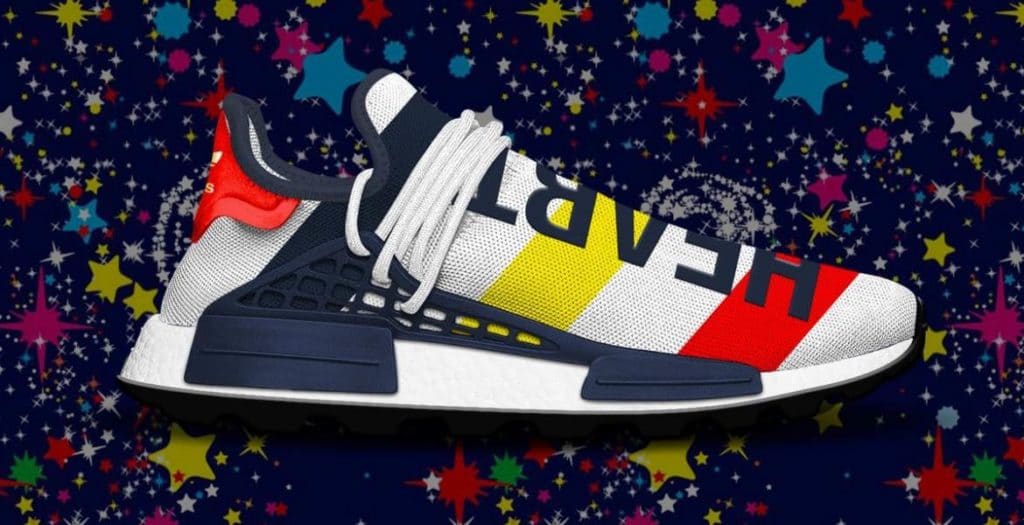 Pharrell Williams’ Hu NMD’s are one of the most hyped silhouettes around at the moment, and seeing as he’s also the co-founder of Billionaire Boys Club, it only made sense for a collaboration to happen at one point. New images have been leaked of the rumoured team effort and we’ve got the latest.

The Hu NMD is hyped enough as it is, with versions such as the N.E.R.D and Chanel collaborations being some of the most expensive models on the resell market. Last year, reputable source Yeezy Mafia leaked the information that a Billionaire Boys Club x Pharrell Hu NMD may be on the way, and now, thanks to Instagram user @godlvl_, we’ve seen detailed images of the upcoming collaboration, and it’s safe to say we’re excited.

The images show the sneakers in all their glory, and the vibrant colourway looks better than ever. Other notable features include gold BBC logos on the rear side and heel of the shoe, as well as adidas branding also. With regards to the silhouette, nothing has changed – the sole is still constructed of Boost technology, and the upper is made of none other than Primeknit.

Many sneakerheads around the world are already drooling with excitement over the upcoming sneakers, however, we may have to wait a while until we see these launch. According to Yeezy Mafia they won’t be dropping until October, and upon this release they will be extremely limited. This news doesn’t surprise us at all – could these be the most desirable Hu NMD’s yet?