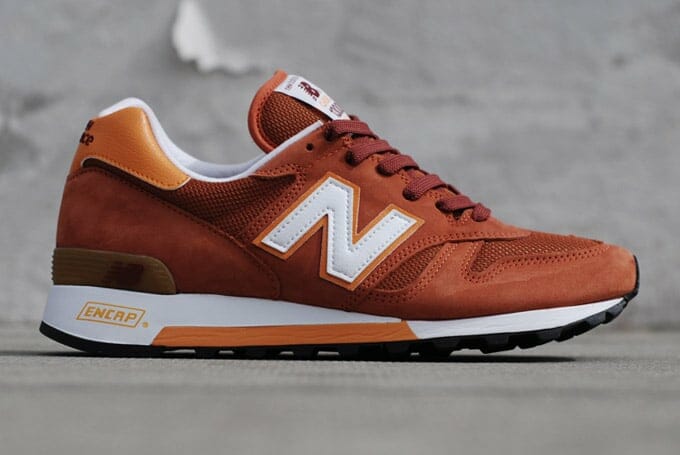 After yesterday’s hyperventilating love letter to the New Balance M996 in that beautiful U.S-made form, we’ll stay on topic. If 1982’s dazzlingly expensive debut of the M990 had runners reeling but ultimately drooling like Homer Simpson at Ned Flanders’ Assassin joints, the late 1984 ads announcing the M1300 took it to the next pricepoint plateau. You think the LeBron 9 Elite RRP was hard to swallow? Try $140 plus tax in 1985. Goddamn. New Balance explained the wild cost with talk of premium materials and never-before seen midsole innovations, plus the definitive fit to give runners an Aston Martin for their feet. We love the old ads for their excellent long-form copywriting and total honesty in announcing that you probably wouldn’t be able to afford them.

We like to see NB as the antithesis of the big sponsorships, faraway manufacture and unnecessary additives (which, more often than not, it is), but they broke the pricetag seal and unleashed a whole Pandora’s box of expensive footwear on us, so, in a roundabout way, that product you see as the anti-NB, probably owes part of its high cost to shoes like this innocent looking runner. It’s total assumption on our part of course, but the M990, M1300 and adidas Forum are legendarily expensive shoes compared to their rivals on the shelves back in the day. Operating as a reverse of the way new athletic world records set standards for lower finishing times, the cost of shoes rising set a higher numerical expectations. We recall the Nike Epic dropping shortly afterwards with a big price (though not an NB cost) attached, during one of the greatest years for running shoe releases that still had some subtlety and secrets in the soles.

So why was the M1300 so pricey? A EVA layer contained in polyurethane shell was something very new indeed, birthing ENCAP technology. The new last was engineered for a superior fit. Even the footbed’s blend of PU, nylon and some other synthetic fabric was something different too. The Achilles’ heel was taken into consideration with a supportive section and heel stability was catered for with a device engineered especially for this shoe. Back in the day you got the pick of widths too. And while synthetic lightness is a selling point now, back in the day, nobody was going to try to sell you something like this without giving you a beautiful-quality nubuck (which flexes very nicely) as further justification. While we curse PU soles for their habit of crumbling, like Nosferatu in the sunlight, it’s nice that all these years later, none of those elements sound like gimmicky bullshit. This shoe just sounds like a luxury ride with common sense at the core. 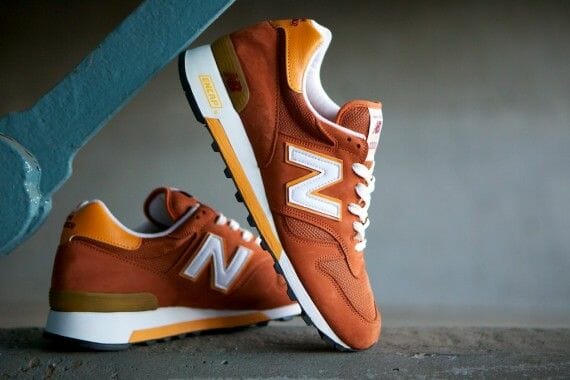 We’d like to shake our heads and say that they don’t make ’em like they used to, but fortunately New Balance is one of the few that doesn’t apply to. The M1300CP’s mix of burnt orange and a lighter orange is another perfect spring drop from NB’s American home. You don’t have to be a connoisseur to appreciate this model’s silhouette, versatility and extreme comfort, but it’s worth knowing that this is a design that helped change the game. No synthetic history-making or storytelling needed.

Where to buy a pair of New Balance M1300CP