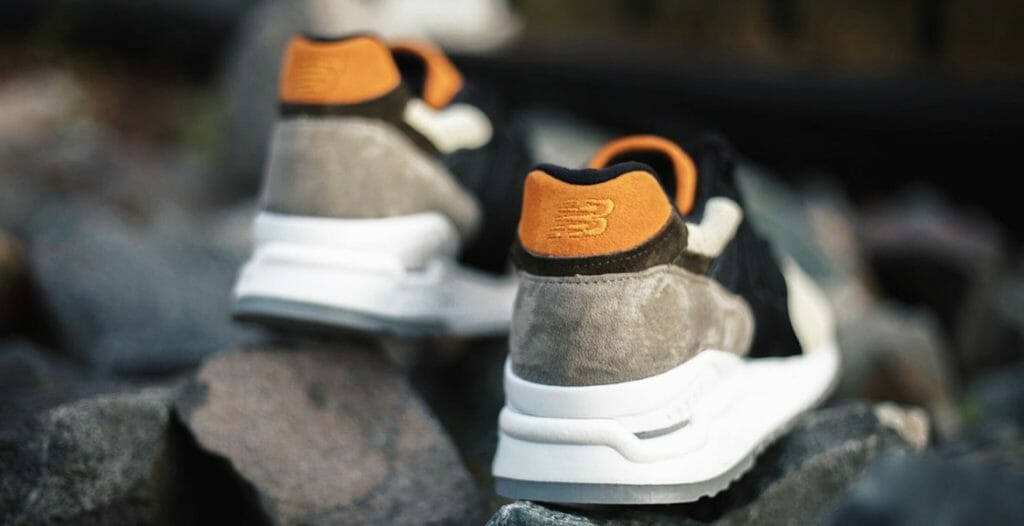 New Balance have been on top form recently, with countless solo projects and collaborations releasing over the past few months. Their latest effort is a collaborative project with Massachusetts based store GUAPSKE, and it’s an Autumn themed 998.

In the last two weeks we’ve seen New Balance unveil clean collaborations with Stussy and New Era, and now they’re back again with another awesome team effort – this time with GUAPSKE. The sneaker was made to celebrate the store’s one year anniversary, and was produced in the New Balance factory, which coincidentally (or not so coincidentally) enough is just two miles from GUAPSKE itself.

The colourway is very seasonally appropriate, featuring touches of orange, and a mainstay of white, black and grey. The 998 is also the perfect silhouette for the colder months, being one of the bulkier silhouettes in New Balance’s roster. The upper is constructed entirely of perf suede. The release comes in a limited edition box, containing a black shoe bag featuring dual branding, a second set of wax laces and limited edition shoe trees.

If you want to get your hands on a pair, it’s not going to be particularly straightforward for us in the UK. It’s set to drop on October the 22nd, exclusively via GUAPSKE’s store in Massachusetts, and their online store. The release is also set to be limited, so you may have to be quick off the mark if you want a pair.