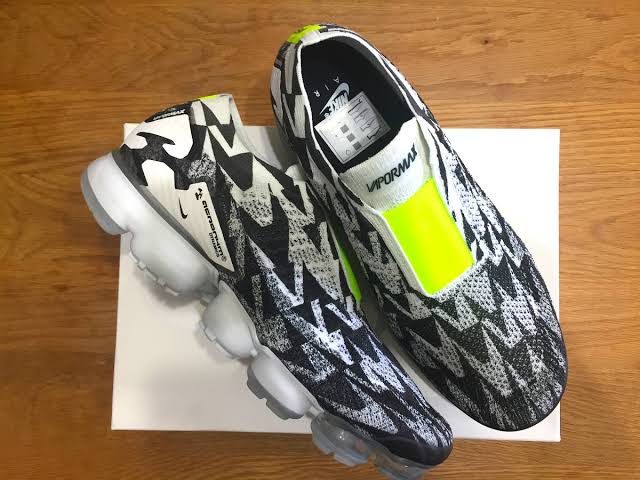 Nike and Acronym look set to continue their strong partnership into 2018, as we’ve seen multiple rumoured new sneakers from the pair this week.

The last collaborative sneaker we saw between Nike and Acronym was the highly coveted Lunar Force 1 which released as part of the AF100 collection last year. Since then, things have been pretty quiet. However this week multiple rumoured releases have slipped out, including an Acronym Vapormax, and two brand new colourways of the Presto, a silhouette which the two brand reworked in 2016. All three rumoured sneakers have now been reposted by highly reputable leak accounts, meaning it’s pretty likely that they’ll end up releasing at some point this year.

Previous collaborations between the two bands have been extremely desirable and still resell for way over retail even now. The Presto’s from 2016 are probably the most prime example of this – they can sell now for well over £700 in the right colour and size. Many wonder what’s so desirable about them – is it the colourways, or maybe the technical alterations? Either way, we’re certain the hype for these now colourways will be on par with the originals.

If you’re liking what you see here, unfortunately you’re going to have to sit tight a little longer yet. Currently, all three new models are simply rumoured and yet to be confirmed by Nike, however we would expect some form of announcement in the coming months. Upon release, we’ve no doubt these sneakers will be hyped and not easy to get hold of, so you better move fast.

Where to buy a pair of Nike x Acronym Rumoured Models