Everything You Need to Know about the Nato Strap 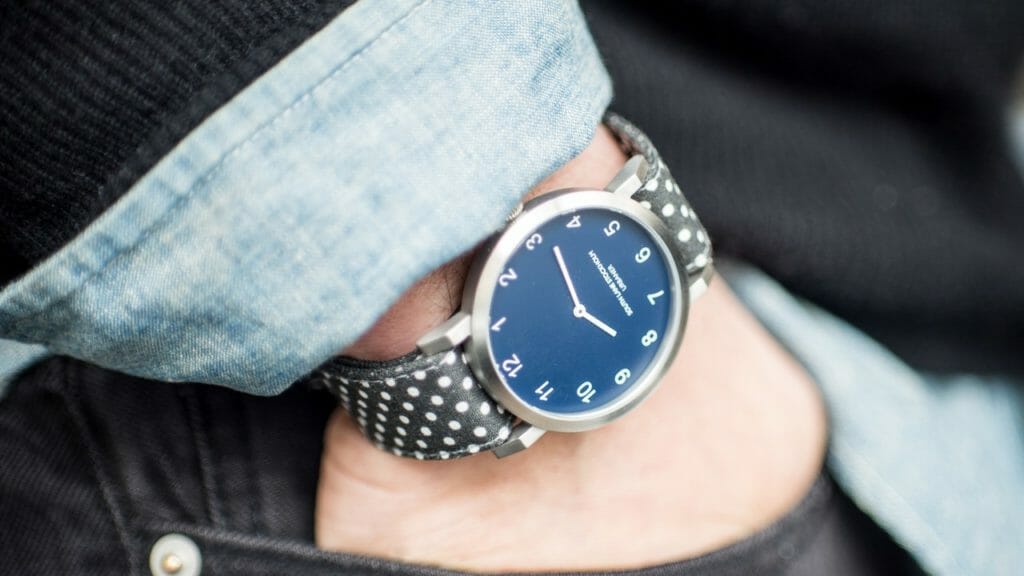 From their military history, to how to style them, we’ll teach you everything you need to know about the NATO strap.

Watches can mean a lot to people. Whether they’ve been passed down from generations, were a special gift on a birthday or were simply bought with a surprise bonus, watches are important, and so a good watch band is important. You can easily buy yourself a cheap, flimsy strap to last you a few months, but in the end it’s worth investing in something that’s going to last, and there’s no better item up for the task than the NATO strap.

History of the NATO Strap

It shouldn’t come as a surprise that something as sturdy, reliable and universally appreciated as the NATO strap has a military background. It debut in the British Ministry of Defence in 1973 as a functional and hardwearing alternative to leather and metal watch strap varieties that were available at the time. Military watch bands had to be hardwearing and secure, and with the additions of spring bars and an added nylon strap, the NATO strap had superior security than the average watch.

The NATO strap was initially only available in a 20mm wide ‘Admiralty Grey’ nylon variety, as the style gained popularity the different British military regiments began producing straps in all manner of regimental colours. It’s now commonly available in the traditional 20mm strap, but also a thinner 18mm strap as well.  Over time military men began to customise their watch straps, taking on the colours of the regiments they were in, creating colourful stripes that NATO straps are well know for.

The zulu watch band and the NATO watch band are visually fairly similar, with many people confusing the two, as well as their history. Zulu watch bands are inspired by military designs, taking on some of the practical aspects and minimalist style, but aren’t actually part of their history. There are also a few practical contrasts between the zulu strap and the NATO, and to a watch connoisseur, these can make all the difference.

As you can see these are pretty tiny contrasts, but if you’re with an unhinged watch enthusiast it might be safe to know the differences. It’s also probably safe to know that despite the popular belief that the NATO strap is a James Bond speciality, no Bond has ever actually worn one in a movie. They’ve been similar, but never the real deal. So there’s a tidbit to bore your mates at the pub with.

What to Wear a NATO Strap With

Back in the day NATO watches were military, so the main thing you’d wear it with would be basic army gear. However with its style progression, NATO watches are now a staple design and can be worn to match any outfit.

Because of the various colour schemes available, there’s so many ways you can dress a NATO watch strap up and down depending on what kind of look you’re going for. If you want a simple, sleek look then you can go for a neutral black strap, but if your outfit needs a splash of colour then you can always opt for a three coloured strap.

The great thing about NATO watch straps is that they can be matched with casual looks just as easily as formal ones. You can go for a number of looks such as pairing a colourful watch strap with a bright outfit, or neutral black watch strap with a simple t-shirt and jeans combination.

A good way to perk up an outfit is to add an accessory that doesn’t take over the look, but that brings out some extra interest. Choosing a coloured NATO watch strap is great for adding some dimension to a casual summer outfit, so keep the rest of the outfit fairly neutral and let the watch really shine. Try pairing it with a granddad collar for a casual alternative to the oxford shirt, and match it with some tapered slim fit jeans. If the look is feeling a little bland and your watch strap isn’t enough to brighten things up, try adding in some colourful footwear like some suede loafers.

For something a little smarter, where you don’t want to draw too much attention to your accessories and really need your watch to blend into the formal look, a simple black strap might be your best bet. Pair it with a slim fit suit and shirt, and finish off with some patent leather shoes for a crisp, sleek look.

Everything You Need to Know about the NATO Watch Strap, Cheat Sheet

So you now know where the NATO watch first came from, how it differs from the, admittedly very similar, Zulu watch, how it never graced James Bond’s wrist, and how they’re probably one of the most versatile and reliable watch straps out there. Really, there’s no reason not to have a few of these to dress up your watch, so why not get one today and really see what all the fuss is about.