Most Stylish Men Of The ’60s 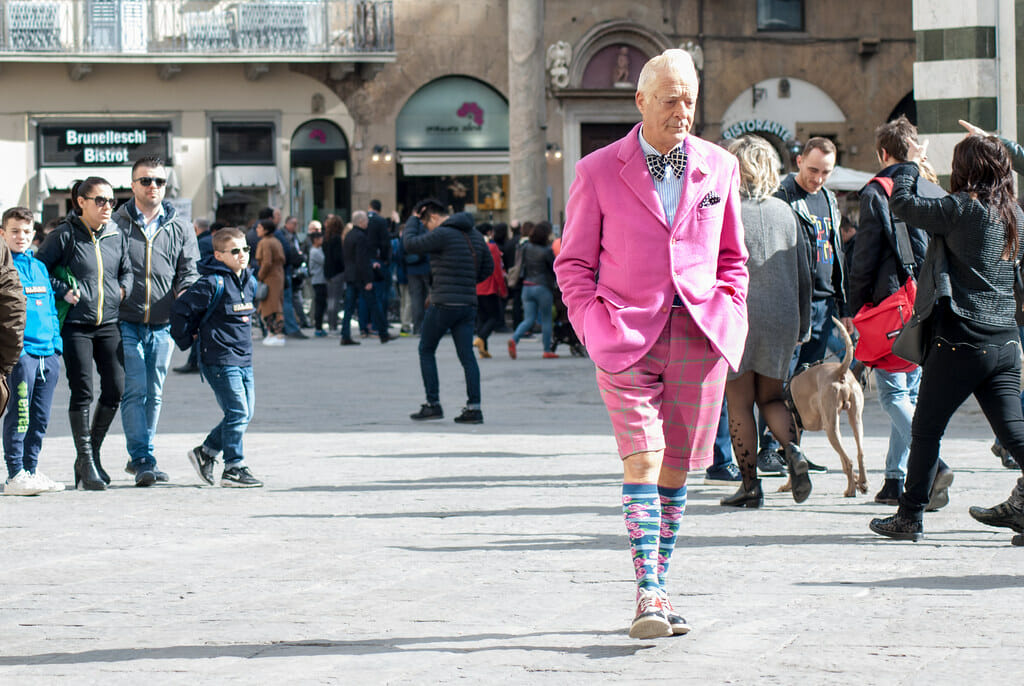 Have you ever wanted to know how to dress like the most stylish men of the 1960s? Check out this style guide as we go through the iconic men of this decade. You will want to try out a new (yet old) trend, and you will be ready to spice up your looks and your next outfit.

The 60s was a defining decade in fashion, skirts were shorter, morals were looser and menswear was booming. The Beatles defined what was classic and Jimi Hendrix defined what was rock and roll. Popularity in hippie styles and the entire hippie movement really took over. The 1960s was definitely an era to remember, and these men defined what was cool and fashionable in the swinging 60s. If you are all about the men’s fashion and ’60s fashion, read on!

Not the first person you would think of when you say stylish men, but President John F. Kennedy was certainly the most stylish president that America had ever seen. JFK pioneered the preppy and casual style with his recognisable light-coloured trousers and polo shirt steering a yacht. The only thing you can’t copy is having the beautiful Jackie in your arms. This era was also quite popular due to fancy cardigan sweaters, along with cool bell bottoms, or even lapels.

An acting power house during the 60s, famous for his line in the original The Italian Job, Michael Caine was the man when it came to style. Championing the original mod style with bomber jackets and fitted tailoring underneath Michael Caine blew the bloody (style) doors off. In fact, you could still see the 1950s influence era in his way of styling, dressing up and specific pants that he wore.

A  heartthrob of the 1960s Steve McQueen was a style icon with his tailored and casual style being sought after by many whilst straddling a motorbike. Wearing knitwear under a tailored blazer and teamed with some desert boots, you have the epitome of the Steve McQueen look. Another popular accessory within this era was a beret, along with some cool tie-dye ties.

Undoubtedly one of the biggest boy bands of the 20th century, The Beatles were the pin up men for millions of girls across the globe. Their fans were die hard, as was their style. Classic tailoring mixed with 60s modern edge, they defined what was cool and pulled it off with an unbreakable air of causal calm. Seemingly unfased by their fame and status, The Beatles were the pinnacle of the 1960s fashion. Quite soon everyone was rocking and obsessing over a cool turtleneck and some comfy, durable and stylish chelsea boot models.

FAQ About Fashion In The 60s

For a lot of people, musicians were the go-to people for finding inspiration and trying out different kinds of looks. This era was very bold, fun, and colorful, and a lot of guys enjoyed the bohemian touch and input to it all. If you’re a fan of this period and perhaps you might be wondering what to wear to a 60s-themed party, just remind yourself that big, colorful, and bright colors is the way to do it. You can try a mod look, throw on some bright and funky socks, or opt for real leather jackets, which were such a statement piece during this era. Also, don’t forget your sunglasses, and a stylish belt, and make sure that you style your hair voluminously, big & boldly.

Preferred fashion outfits and go-to looks varied quite a lot. The truth is that no country or place/state had the exact set of rules. People in Europe were following certain looks and the US had its own take on it all. Clothing included denim jeans and corduroy slacks, along with some tapered trousers and stylish pullovers, Women wore sailor dresses along with bold plaids with bow accents. With most places and schools everyone had their own preferred shade range, but nothing was as mandatory.

Did you know that everything happened quite fast and more progressively back in the 1960s, allowing people to experiment with loads of different options and styles? For a lot of people (women especially), their take on fashion drastically changed. The influence of Mary Quant, Space Age & The Beatles really had its impact on both social and fashion or even hair trends. Guys tried pulling off bright and loud colors, as well as tie-dye, psychedelic prints, and swirling colors. Picking out just three key pieces or go-to looks was pretty impossible, but people made it work thanks to their creativity, as well as their bold approach to fashion.

And there you have it! A practical and helpful guide on how to wear some of the old-school classics. If you’re into trying out new outfits and you want a classy dress shirt that is reminiscent of this era, why not go shopping? The right collar shirt, jeans, penny loafers, or even old-school t-shirts will easily transform your outfit! Ask your parents or even your grandparents about some of these fashion trends. Ready to rock something new?