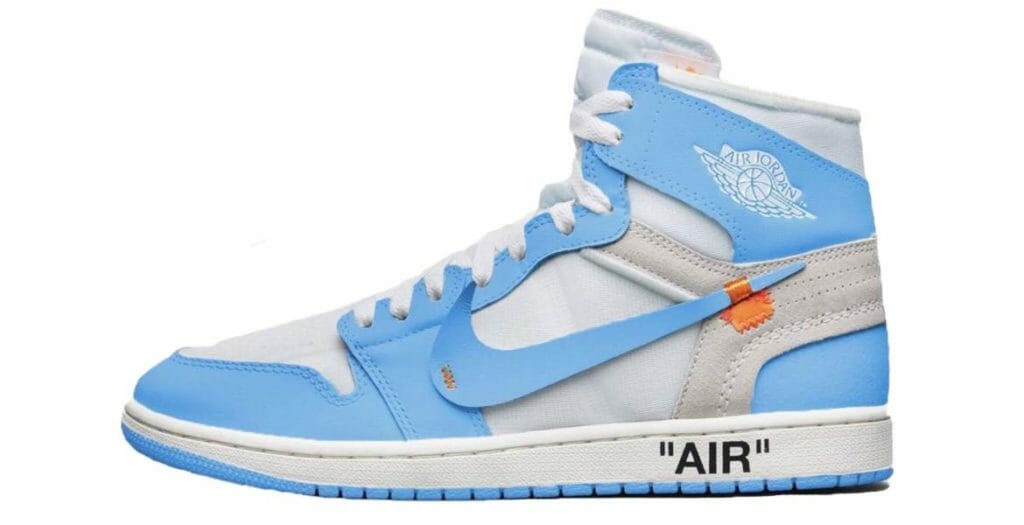 Straight off the back of the Off-White AJ1 “White” release, it seems more details regarding the “UNC” colourway of the hyped silhouette have emerged.

Leaked images and the news of the “UNC” colourway of the Air Jordan 1 Off-White first surfaced at the end of last year. Since then, there’s been no real talk of the colourway since. Until now that is, as reputable source @py_rates has leaked new information regarding the model. According to him, it’s set for a release this May, which is sooner than most predicted. Although nothing has been confirmed by Nike or Virgil himself yet, the user in question is usually pretty accurate when it comes to information leaked.

The construction of the pair is identical to that of both the OG edition and the most recent white edition. All the features you’d expect from an Off-White Air Jordan 1 are present, including the signature deconstructed look and orange detailing. The only major difference here is of course the baby-blue colourway.

If the pair do end up seeing a release this May, there’s no doubt that the hype behind them will be huge. They will likely release via raffle only at very select retailers, and of course Nike directly. If you want a pair it’ll be mainly down to luck rather than technique. As soon as more details emerge, we’ll be the first to update you, so keep yourself locked into our blog for the latest.