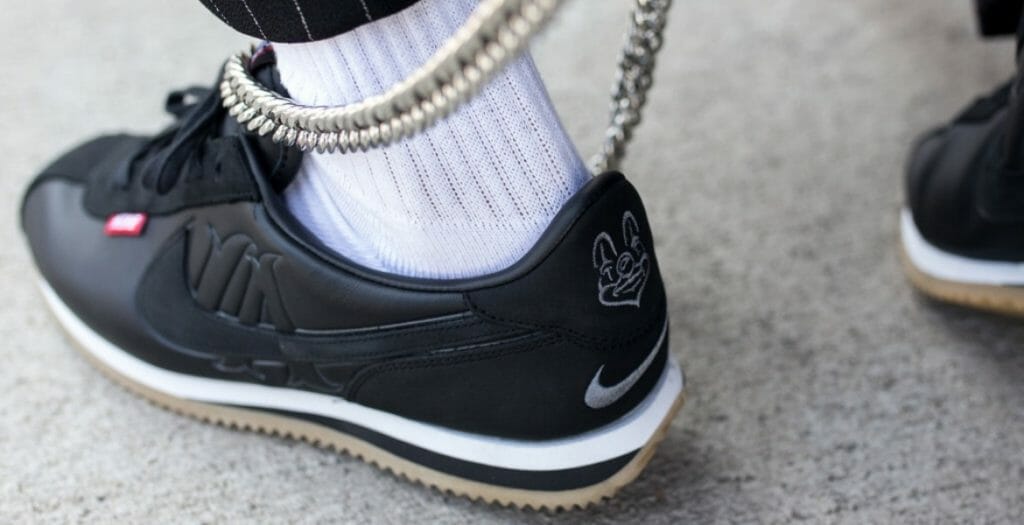 Mister Cartoon is well known as one of the best tattoo/graffiti artists in Los Angeles. He’s grown a massive fanbase over the years and now he’s teamed up with Nike to bring us his take on the fan-favourite Cortez silhouette.

This isn’t the first time the LA legend has collaborated with Nike either, in 2005 the pair joined forces and bought us an Air Force 1 Low. This is now one of the most coveted and desirable sneakers of all time for sneakerheads, so they’ve already set the standards high. Trainer fans worldwide have been left in anticipation for this pair for a while now, after images were leaked recently. This is certainly one of the most interesting Nike collaborations we’ve seen in a while.

Three different variations of the sneaker are releasing, and the most interesting part is that they’re all individual and feature their own unique branding and style, not just different colourways. This is something that rarely happens these days, we can’t help but feel that certain designers are very lazy with their collaborations. However Mister Cartoon has really pushed the boat out with the attention to detail in this capsule collection.

As we can see above, the black version features “LA” branding underneath the Nike swoosh, and additional branding on the heel. The white version has completely removed the swoosh, instead opting for a custom Cortez graphic designed by Mister Cartoon himself. In addition to this it also features an iconic Mister Cartoon graphic, the “Smile Now, Cry Later” mask. Last but by no means least, the navy blue silhouette is made of an extremely eye catching quilt stitch pattern, inspired by the Chevrolet Impala, an American muscle car. The blue version also features another Cartoon trademark, the LA logo on the heel of the shoe.

All three silhouettes contain a gold metal emblem on the bottom lace, arguably one of the best features of this collaboration, along with custom tattoo print on the tongue of the shoe.

As we stated previously, this is one hundred percent one of our favourite Nike collaborations in a long time. It’s guaranteed to be just as much of a hit with the public. It’s also finally been given a release date, July 14th. The Mister Cartoon Nike Cortez’ will be available via Nike.com and several Los Angeles retailers, there’s been no word on a UK release yet though unfortunately. Keep your eyes peeled for more information however, we’ll be sure to let you know.

Where to buy a pair of Mister Cartoon Nike Cortez