Magic Johnson Converse Weapons Trainers – All You Need to know 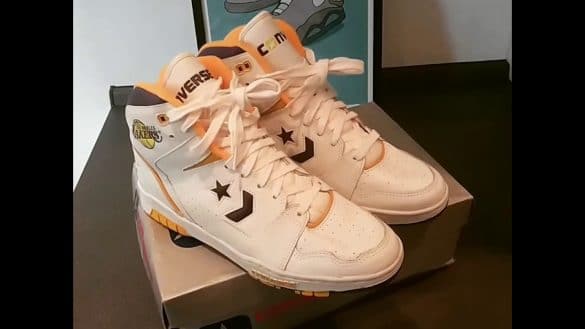 Magic Johnson is one of Basketball’s biggest stars. We’re giving you everything you need to know about his signature shoe, the Converse Weapons.

Worn throughout one of Magic’s best seasons these sneakers are iconic for basketball fans all over. If you’re a Magic Johnson fan or you just want to know a little more about the Converse Weapons range then take a look at our guide.

Magic Johnson is one of the most successful Basketball stars of all time, a legacy so huge he had to retire 3 times. These sneakers became synonymous with success and they’re still hugely sought after to this day. They were created with Basketball in mind and the design is all about improving performance and looking good, they definitely achieve the latter.

The biggest Basketball star on the Planet at the time, Magic Johnson obviously had to be in the best sneakers available, in 1986 they were without a doubt the Converse Weapons. He Wore them during the 1986-87 season when he won MVP. Long time rival Larry Bird wore the Weapons in black and white, while Magic opted for purple and yellow. Converse manufactured these sneakers in the 80s but you can still buy versions to this day. 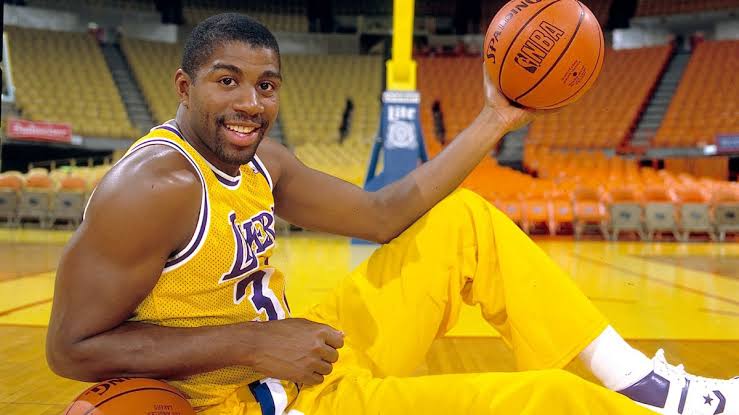 A new version was released in 2014, the colourway below is timeless in black & white. Alongside the simple branding the upper is formed of a perforated leather. Memory foam also adds comfort to the tongue and ankle padding. 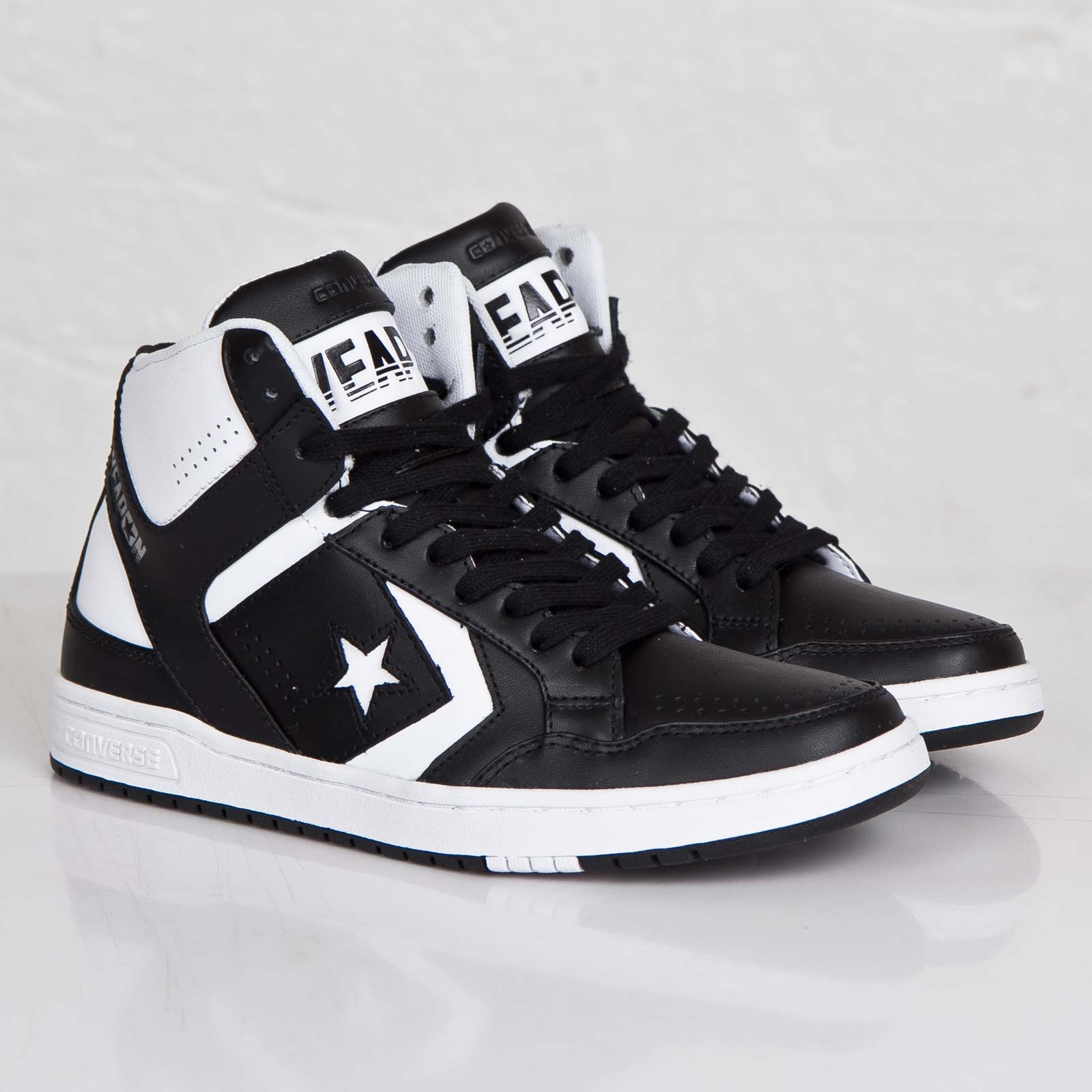 The colourway for these makes them stand out from the crowd and at 6’9 I’m sure Magic Johnson was used to this. They’re a classic shoe mainly due to how successful Magic was when he wore them, a classic Converse Basketball sneaker. 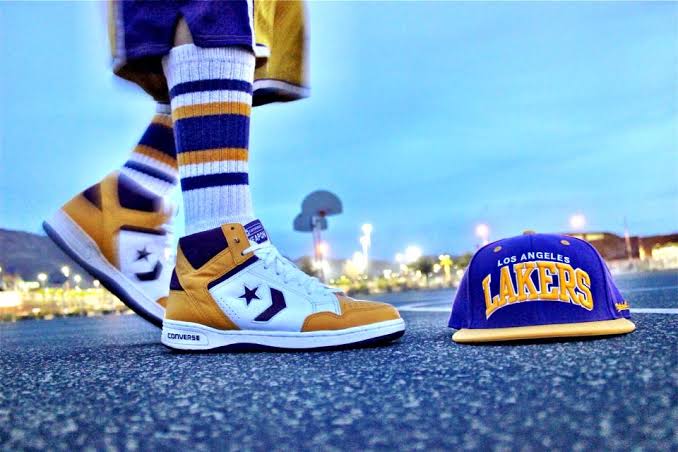 A throwback to the iconic trainer Magic wore, they’re available in a few different colourways. The Red and blue below works really well with the Converse Star logo.

The mid-top take on a classic. The Mid is more suited for skaters than ballers. It comes with Y-Bar technology that wraps around the ankle, locking your heel in place. As it’s catered for skaters these sneakers come padded tongue and collar for extra support on impact. 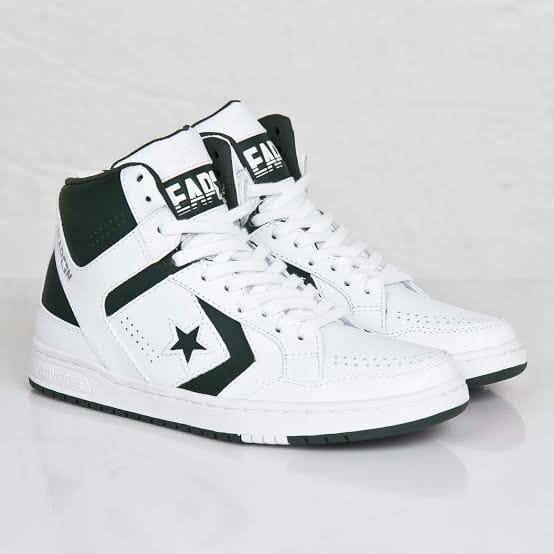 Where to buy a pair of Magic Johnson Converse Weapons