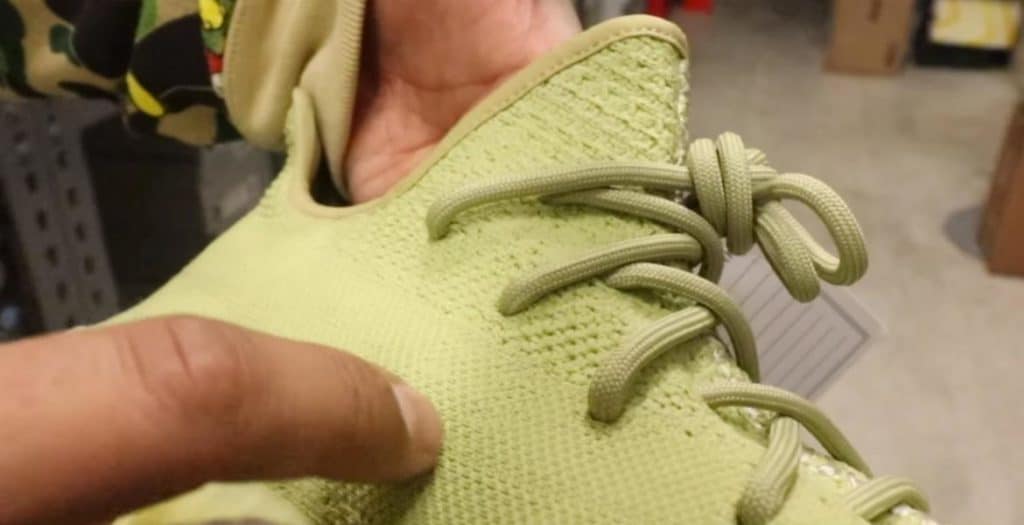 It’s not uncommon these days to see Kanye West sporting a pair of unreleased Yeezy Boost’s. He’s been spotted this weekend in a new pair of V2’s – similar to the recently launched “Semi Frozen Yellow” colourway. Continue reading to find out more.

The star himself was spotted by paparazzi taking part in some Black Friday shopping of his own, however what was more interesting was what he was wearing on his feet. A pair of Yeezy Boost 350 V2’s, similar to the “Semi Frozen Yellow” colourway I’m sure you’re all familiar with. Several Instagram accounts have dubbed the pair as “Lime”, however this isn’t confirmed.

Yeezy enthusiasts have noticed that the pair is strikingly similar to sample pairs seen during Kanye’s YEEZY Season 3 show, could this be the same pair? It’s hard to say whether sneakers like these will ever be an official release, or whether they’re just personal pairs for Mr. West. However a lot of fans have taken to this new colourway very well, hailing them as a huge improvement from the recent Yeezy releases. As soon as we know more, we’ll be sure to keep you informed.