Images of the Air Jordan III “Korea” Have Surfaced 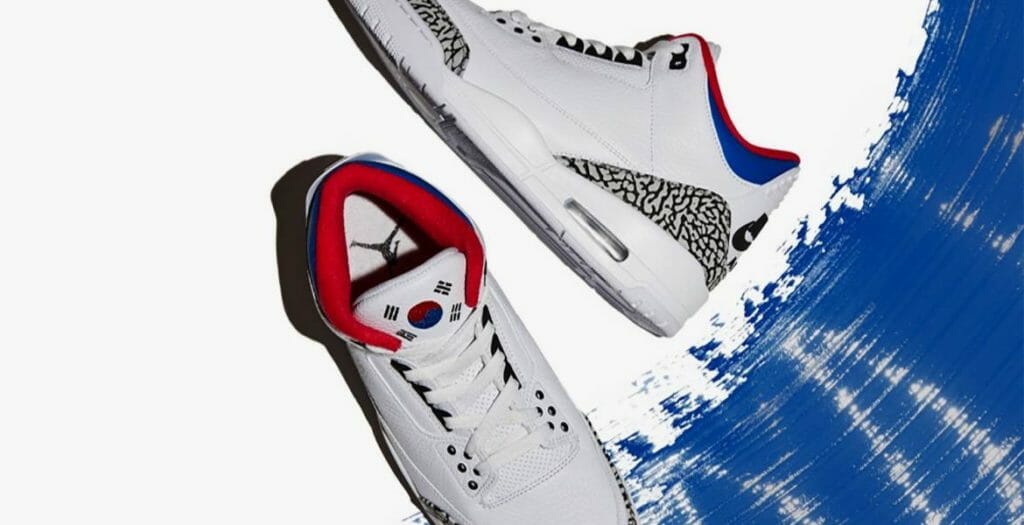 Jordan brand really is pulling out all the stops lately, and this latest release looks as good as ever. Air Jordan III’s have been somewhat neglected in recent years, so it’s great to see the model making a comeback. Images have been unveiled by Nike, and the model has been debuted by South Korea’s FIBA coach.

The model displays a classic true white colour scheme, featuring red and blue details reminiscent of the South Korean flag, which is actually displayed on the tongue of the pair. The iconic Air Jordan elephant print is also present here – a detail that holds a special place in the heart of many sneakerheads across the globe. The upper looks to be constructed of high quality pebble leather, and of course both Nike Air and Jordan branding is prominent throughout.

If you’re as keen as we are on this upcoming AJIII release, the good news is that you won’t have to wait too long to get your hands on a pair. They’re set to release via Nike and select retailers from the 10th March. Like any Air Jordan release, these are quite desirable and may sell out upon release, so make sure you have a plan of action if you want to secure a pair.

Where to buy a pair of Nike Air Jordan III Korea