Wondering What to Wear with a Pair Your Dark Blue Jeans 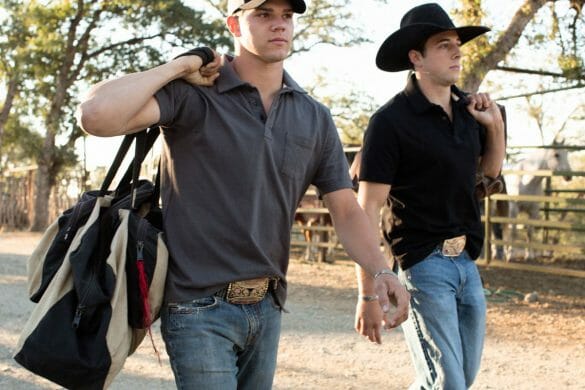 Dark blue jeans are a staple in many men’s wardrobe, but few know how to pull them off in style. That’s where we come in with a little help from this style guide.

While other fashion trends have come and gone, there has been one constant that remains an essential in every man’s wardrobe, it is of course a great pair of dark blue jeans. What’s enabled the jean to outlast all other pretenders, is the winning combination of versatility and comfort that they offer. While other looks come and go, the dark blue jean is one design classic which is certain to be around for a long while yet.

But like with anything, it’s easy to get stuck in a rut and not make the most of what dark blue jeans really have to offer. But that’s why we’re here, to offer up a few suggestions of what to wear with your dark blue jeans.

A Bit of History

Although jeans are an archetype of the US image, the actual origins of the jean are believed to be in 17th century Europe. In the city of Genoa in Italy, textile manufacturers had created what is believed to be the original jean. The Genoa jean was a material similar to that of cotton corduroy, but was much more durable and affordable, perfect for work clothes. It’s believed that the French word for Genoa, “Genes”, is the origin of the modern word for jeans.

The fabric that is the basis of the modern dark blue jean was created in Nimes in France, where weavers attempted to recreate the jeans of Genoa, but instead created the fabric which was coarser and of a much higher quality. This fabric became to be named denim, coming from the phrase ‘de Nimes’, meaning from Nimes and is basically the same kind of denim which is used today.

The jean that we all know and love today, first became recognisable when formed as the brainchild of Jacob W. Davis in partnership with Levi Strauss & Co in 1871. Two years after coming up with the idea, the partnership patented the design of riveting parts of the jean at stress points, like the pocket corners and bottom of the button fly.

While this first incarnation of jeans was originally designed as a trouser for miners, cowboys and other manual workers, it’s a fashion item that’s now universal. Because of the comfort and toughness of the base material denim, jeans have taken on a whole range of styles to suit any and all looks imaginable and have gone on to earn an iconic status that probably surpasses any other single item of clothing.

The iconic fashion designer Yves Saint-Laurent is quoted as saying: “I have often said that I wish I had invented the blue jeans: the most spectacular, the most practical, the most relaxed and nonchalant. They have expression, modesty, sex appeal, simplicity – all I hope for in my clothes.”

Some Looks To Try

Simply put, there’s nothing better than a great pair of dark blue jeans, they’re a bona-fide classic and guaranteed to outlast any look that happens to be on trend. So, while it’s pretty hard to get it wrong with the dark blue jean, it’s always worth trying something new to freshen the look up.

Why not pair these Calvin Klein slim blue jeans with a long sleeve white button down shirt and a pair of brown or burgundy brogues, to elevate the humble blue jean to another level? Don this look on a big night out or on a first date to really impress. It’s a simple and understated look that demonstrates the dark blue jeans ability to mix in smarter company.

While dark blue jeans are great for dressing up, they’re also perfect for dressing down and great for an everyday comfortable look. Wear these jeans with Nudie Lean Dean Deep Colbalt Jeans with these Religion Flander Speckle Sole Low black sneakers and this cream Only & Sons Mens oversized pullover with drop down shoulder.

There’s no more of a classic look than a great pair of blue jeans and tee-shirt combo. This might not be a look that’s reinventing the wheel or winning any prizes for innovation, but it’s a classic for a reason. Pair these Edwin ED-55 relaxed tapered blue jeans with this grey crew neck tee and a pair of these Converse Jack Purcell white leather trainers.

Add a bit of an edge to the classic dark blue jeans by adopting a look which has come to epitomise skate boarding culture. Match these versatile Levi’s 511 slim fit jeans, this Raglan long sleeve shirt, and these iconic Vans Sk8-Hi trainers.

Dark blue jeans are and forever will be a menswear wardrobe staple. Since the beginning of the 20th century men have been sporting a pair of dark blue beauties for either work or as a casual piece of clothing. It was only a matter of time until the jeans made their way into mainstream fashion, and today, we couldn’t see out wardrobes without them, thank goodness!