How To Wear An Ascot Tie? Simple Style Rules Everyone Should Follow 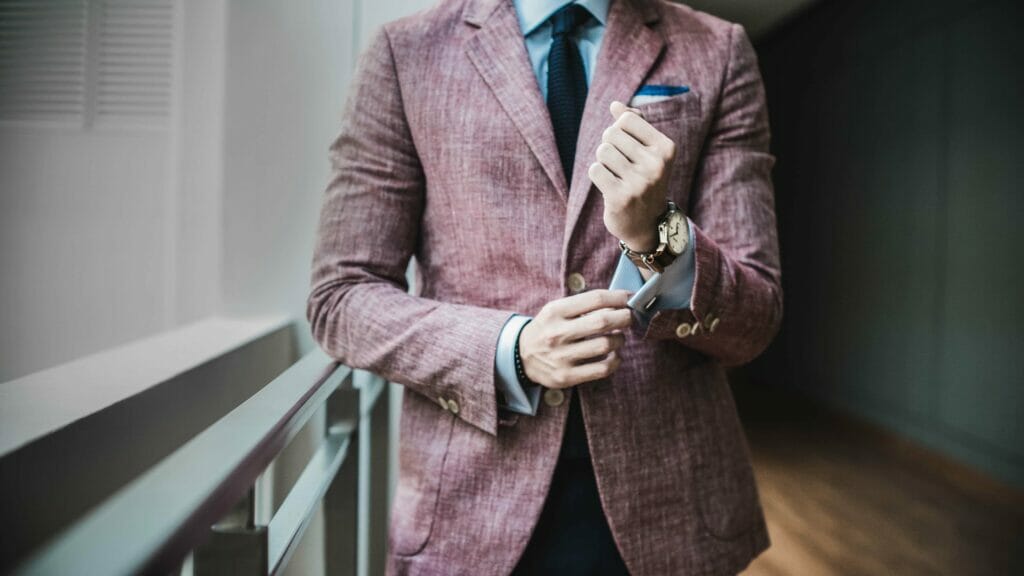 Sometimes, all we want from an outfit is to feel like the height of sophistication.

They might seem old hat, but an ascot tie is a cool and effective way for men to achieve just that. It’s a piece that can defy a dress code to become a distinctive twist on both smart and casual wear, while keeping the class with its silk necktie material.

Unsure how to wear one? Here are our three top style rules for how to wear ascot ties in an edgy and effortless way.

What Is An Ascot Tie?

The ascot tie gets its name from the Royal Ascot races, where it was originally expected for attendees to arrive in morning dress. The style then took off in the United States, with a necktie being a staple wardrobe piece during the Prohibition years. For formal wear, popularity soon turned in favour of other neckties such as the bow tie, but have made many appearances in everyday wear and across TV and film.

From this point, ascot style became a much more defined one. Ascots became the epitome of being able to show you could dress up dressing down, normally paired with a blazer, v-neck sweater or a vest. An ascot tie can now actually refer to any sort of necktie, but were originally knotted twice and held by a stick pin.

Cary Grant was the perfect example of how to wear ascot ties with effortless charm. Many of the stars of Old Hollywood have helped to influence the return of the ascot tie trend, stay true to a more formal style of dress code. Get the ‘To Catch A Thief’ look by pairing a classic white shirt with a grey blazer, beige chinos and a darkly patterned ascot.

How To Tie An Ascot

We want our ascots to look like a cross between silk scarves and a traditional necktie, so getting the tying process correct is crucial. Start by laying the ascot flat around your neck with the stitching facing the body.  One end should lay further down than the other in order to tie an ascot by wrapping it around.

Wrap the longer silk end around twice before pulling the longer end through the gap between the neck and the ascot, just like you would with a four-in-hand necktie knot. The longer end should be laying over the shorter end of the ascot, before making any final adjustments, securing the ascot tie with a pin at the center of the knot.

How To Wear Ascots

Though we’re used to the idea of ascot ties being exclusively for formal wear, this isn’t the case anymore. Ascots can also be worn much more casually, with them being seen as a middle ground between a shirt collar with a tie and without one. Dependent on dress code, an ascot tie can be a playful piece, giving an edge to a shirt if the collar is left undone.

Ascot ties are a perfect kind of necktie for workwear, meetings and the smart casual balance. They’re just as suited for downtime and formal wear – though it’s worth checking before wearing to a wedding.

There’s an extra benefit to wearing a more formal ascot as it can also double as a regular tie. Unlike a necktie, a formal ascot is worn over the shirt, as an addition to jazz up a suit or tuxedo.

The ultimate way to wear an ascot tie is to team it with a blazer and shirt combination. Either keep colours contrasted, neutral or simple or don’t be afraid to bring in patterns to keep your ascot standing out. Style your shirts with matching colour trousers or similar chinos to keep things more on the casual side.

If you’re looking for more of a Royal Ascot style, look to wear your ascot ties with a three-piece suit.  When you’re heading to the races, you’re required to wear an ascot with a three-piece suit, top hat and morning coats. To tone things down but keep the sophistication, wear a double breasted blazer with a waistcoat and a simple silk tie.

Rather than a more casual cravat, ascots are much easier to either be dressed up or down. Keep up the elegance by choosing a plain print with your suit, or stretch to a light floral pattern if you’re feeling fancy. For formal wear, suits are more likely to be either black or grey, meaning you can bring in colours to your ascots and waistcoats.

The new way of wearing an ascot is for it to be more casual, rather than something Prince Charles might be sporting. Ascots arguably look at their best under an open necked shirt, with little else in the way of accessories.

If your tie is sitting against your skin, pick a fabric that has as much of a smooth and comfortable texture as possible. An ascot itself should be a fabric that is printed onto rather than woven or textured, to protect both your skin and the longevity of your tie.

For the ultimate dressed down look, pair a lightweight short sleeved top with rolled up chinos or linen trousers. Keep your footwear low-key with sneakers or fabric dress shoes for a cool, summer feel. In winter months, layer your tie under a casual coat to keep the chill from setting in.

The first rule of thumb when considering patterns in ascots ties is to think about what kind of outfit you’re going to wear it with. A bold and colorful tie is always successful, looking best with a smaller patterned  jacket or shirt. The same can be said for the other way around – pair a plain or light patterned shirt with bolder shirts.

You may notice that your ascot has a pleat in the back, which was meant to make the traditional knot thicker without it easily coming undone. Use the pleat to overlap the knot and keep it tighter throughout the day.

Even if you’re choosing a more formal tie to sit under your wing collar, that doesn’t mean you have to choose one that blends in with your style. The look of the silk will always set off the shine and your cravat can also be seamlessly matched to a pocket square. A pocket square can be used as a hypothetical glue that holds separate parts of an outfit together, blending things in while still giving your tie its time in the spotlight.

The How To Wear An Ascot Tie Debrief

Whether you tie an ascot with a stick pin ready for Ascot Heath or want to keep your knots loose for a casual look, men can style a dressed up or down necktie with ease. Use ascots to spice up your suit or bring a new element of cool to a shirt, sweater or vest.

Don’t be afraid to play with bold patterns and colours to enhance your outfit even further, with neckties being made to stand you out from the crowd. Tighten the tie knots for a more formal look, or keep things looser to exude casual flair.