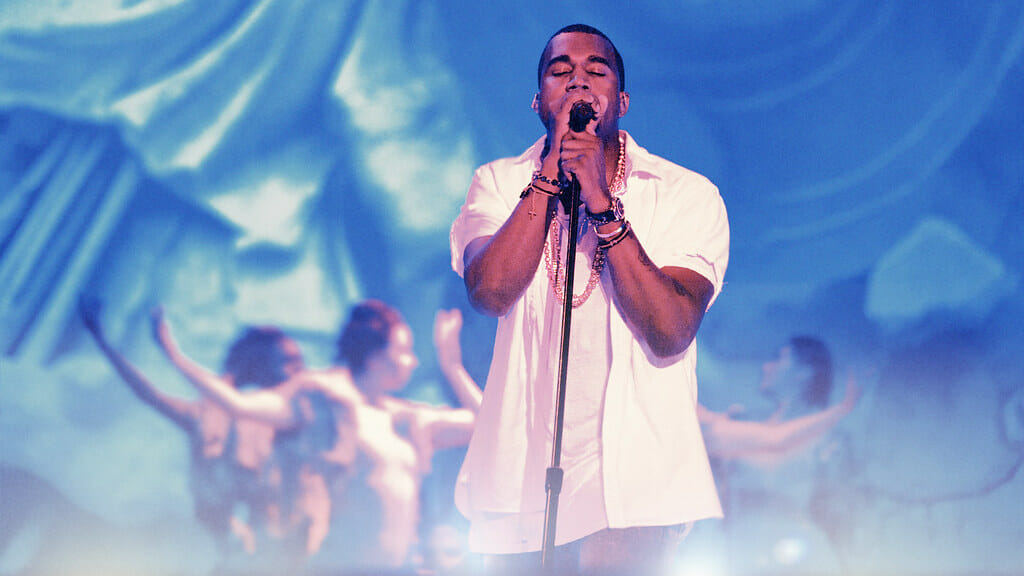 Love him or loathe him, you’ve got to admit Kanye West fashion has got some serious style. If you’re looking to recreate some of his casual-chic appeals, we’ve created the ultimate style guide to get you started.

Whether he’s taking the music industry by storm or causing controversy with his comments, we all know that Kanye West is one of the most stylish men, and, is very accustomed to making a statement. As the man himself claims: ‘I dress to impress myself,’ he certainly sets a high standard for anyone wanting to imitate his outfits, often donning high-end brands with expensive price tags.

Whilst the majority of us might not be able to afford the luxuries of Kanye West clothing, (or fancy paying a small fortune for a pair of his latest Yeezy Boosts), we can certainly take a bit of fashion inspiration from his unique, yet simplistic Kanye West wardrobe.

Kanye West suits being a bit of fashion chameleon, so getting anything near his wardrobe is next to impossible. This man likes to experiment, making his style both perfectly adaptable to any situation, and offering some form of style inspiration for everyone. So, knowing how to dress like Kanye West can be a little bit tricky, but with the right tips and tricks, you’ll be pulling off the Kanye West look in no time at all.

Describing his own style as: ‘Pop Luxe’ (“everything about me is pop and luxury”) to Harper Bazaar’s Amy Spencer, Kanye’s style is often high-end fashion, mixed with athleisure (athletic leisure) pieces. It’s completely casual yet totally sophisticated, incorporating layers and distressed pieces into his outfits, in addition to creating a contrast between tailored and oversized items, especially in his best summer outfits.

When I entered the fashion world, and I encountered a lot of elitism and all that, it just made me happy…we had the entire world against us…I take things that people look at as a negative as inspiration to do something better.

The Timberland boot is a timeless classic that seems to consistently appear in Kanye’s wardrobe. It’s a durable, staple item that works well with a number of different styles, especially when dressing down. Couple a pair of tactical timberland combat boots with some loose fit jeans and some of the best polo shirts on the market, and you’re immediately rocking the ‘Casual Kanye,’ look.

It’s also worth noting that Kanye often wears his Timberlands loose-laced, for even more casual flair. You can achieve this too, by simply removing the laces from your Timberlands and then re-lacing them loosely – you can even miss out a few eyelets along the way.

If Timberlands just aren’t working for you then there are a number of alternatives you can try. Rothco jungle boots would work wonderfully here, alongside any Nike Special Field boots or Adidas Military boots (particularly if you’re partial to sticking with brands that Kanye has collaborated with).

As Kanye has collaborated with both Nike and Adidas in the past, it’s no surprise that these trainers often crop up in his outfit choices. His 2013 release of the Adidas Yeezy Boosts 750 sold out within ten minutes of their release, so it’s safe to assume that any of Kanye’s fashion choices involving trainers from these particular brands are going to be trendsetting.

The sweatshirt is a simple must have for Kanye and features heavily in his self-designed line: Yeezy. However, the grey hoodie is also a trusted item of clothing that crops up regularly in his day to day attire. Whilst most would consider sweatshirts and hoodies very casual items of clothing, Kanye’s choice of style demonstrates that they are surprisingly more versatile than you might initially think.

Kanye is a stickler for functionality and, in keeping with his interest in adding layers, can often be found styling his choice of sweatshirts and hoodies with a variety of jackets – which is great news for anyone preparing for the cool (and predictably rainy) British spring/summer season.

How To Get Kanye West’s Smarter Style

Swapping from a sweatshirt to a shirt is a great way to smarten any outfit up and Kanye does this stylishly with both denim and white shirts. Adding a loose buttoned white shirt works particularly well for the transition from winter to spring and maintains a nice balance between smart and casual.

Choosing to incorporate a denim shirt instead will help add a bit more colour to your outfit as when the nice weather does eventually decide to show its face, it’s nice to have something a little brighter in your Kanye West wardrobe.

If you wanted to take this look further, opt for some relaxed ripped jeans (a bit of Kanye West double denim) and some classic Kanye West Chelsea boots. They’re less bulky than the Timberland Boots and will help give your outfit more of a streamlined feel.

How To Get Kanye West’s Formal Style

We’re all too aware that the celebrity lifestyle leads to an abundance of fancy parties to attend, and Kanye West certainly knows how to make an entrance with his fashion choices. He knows when to leave his ‘Kanye West leather pants’ at home and dust off his formal wear. Whilst our parties might not be quite so extravagant or filled to the brim with A-listers, making sure you have suit outfits to hand is a pretty standard requirement for any big event.

Thankfully, our friend Kanye is a dab hand at transforming his suits into something a little more playful, dressing them down and transforming them from formal to effortlessly suave. By simply changing a few key elements to your party piece, you can easily achieve a Kanye West suit-inspired look too:

Whilst it may not seem like much, these subtle differences can help transform a simple suit into something a little more eye-catching. With that in mind, it might be a good idea to tone down any accessories – a little goes a long way, don’t let the subtle touches get lost in anything too noisy.

Being playful and confident is the key to successfully achieving a Kanye West inspired look. Even if you don’t want to completely imitate his style, incorporating just some of Kanye’s choices can certainly add some versatility and a classy-casual edge to your wardrobe.