3 Big Factors That might be Causing Your Hair Loss & How To Fix It!

Signs of Balding in Young Men

Male pattern baldness is the most common reasons why hair falls out. Although this doesn’t usually affect men until they’re in their 30s or 40s, early balding can be a problem for men even as a teenager. Hair falling out in men is usually caused by an increase in the hormone Dihydrotestosterone (DHT). Seen as a derivative of the natural hormone testosterone, DHT restricts essential nutrients from reaching hair follicles, causing the hair to thin and fall out.

The most common signs of hair loss in young males are things such as a receding hairline or a widows’ peak beginning to form. However, hair thinning in young men can also be an early warning sign. Medically tested products like Minoxidil and Propecia are designed to block the DHT from reaching your hair follicles and hopefully increase hair growth.

One theory for why there are more reports of balding young men is the effects of the modern image conscious world in which we live. Although this isn’t to say that previous generations didn’t care about their appearance, the easy access to information through the internet means that a lot of young men could be noticing things like receding hairlines younger than in the past.

The health issued connected with smoking are very well known. Other than the evidence to suggest that it increases your chances of heart disease and cancer, there are also theories to suggest that the nicotine in smoking can increase ageing and cause premature balding. By putting harmful chemicals into your body, your hair follicles can be starved of essential nutrients, causing the hair to fall out.

Stress is thought to be one of the leading catalysts for hair loss at a young age in men and women. Unfortunately for many men, the years spent as a young man can be extremely stressful. With the pressures of education and work becoming increasingly volatile in today’s society, it’s not hard to see why young hair loss could occur.

Although stress isn’t always a root cause of hair loss, it can increase the chances of a rapid hair loss in males by speeding up the process. Therefore, maintaining a healthy diet and mental frame of mind is therefore extremely important for combatting the signs of ageing such as hair thinning in men.

There have been certain theories that suggest a connection between dairy products such as butter and cheese and an increase in eczema that causes hair loss. Although avoiding dairy products may help improve the condition of your skin, there is little evidence to confirm that this will stop you from losing hair. 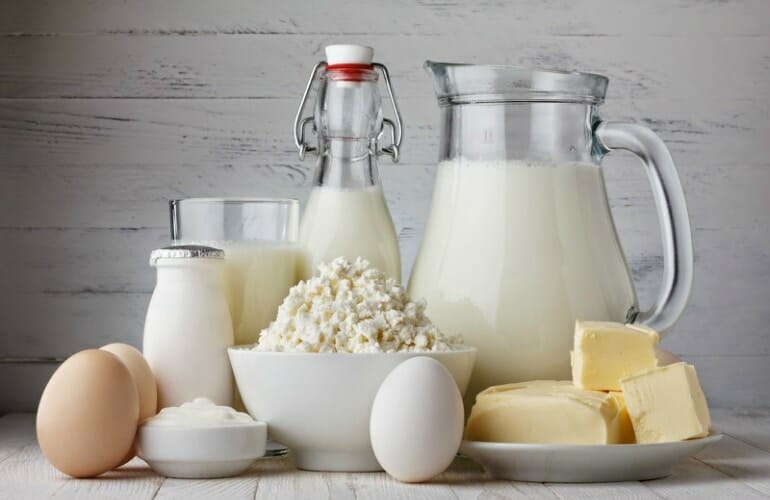 Losing your hair at a young age can be an added layer of pressure during an already stressful time of life. However, whether there is an increase in bald young men or people are just noticing it more than before, it doesn’t mean you aren’t going to have hair forever. Finally, the main thing is to remember to look after your physical and mental well-being.