How High Fashion and Sneakers Have Collided 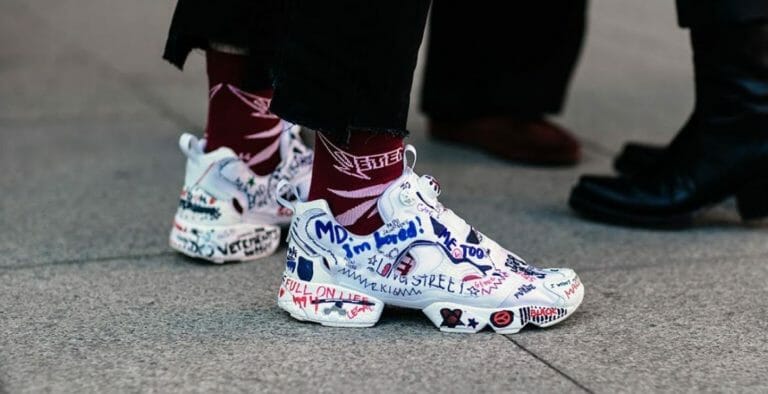 The world of high fashion has without a doubt bonded with the world of streetwear as of late. Runway shows are being highly influenced by what’s cool on the street. There’s no doubt that sneaker culture has been affected to, read on to find out more.

The sneaker culture has been the same for many years now, Nike Air Max’s, Asics and Adidas have always been the big hitters. However as of recent, the two worlds of high-end fashion and street culture have been colliding more than ever. Kids on the street have turned to rocking Balenciaga’s and Gucci’s instead of your typical sneakers.

There’s no doubt that both sides have influenced each other massively. High end sneaker releases now sell out instantly as limited edition Nike’s would in the past. Although the OG sneaker scene is still popping, this seems to be the birth of another scene in itself, and it certainly is interesting to watch it birth itself from the start. 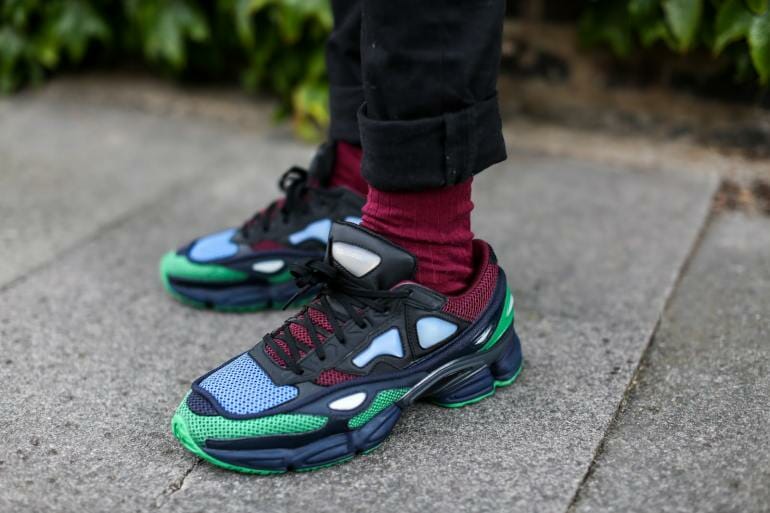 There’s no doubt that the start of this new high fashion sneaker scene was down to the Adidas x Raf Simons collections. In 2013, the two brands joined forces for the first time to create a now iconic sneaker – the Ozweego. It’s been through several iterations now, and has had many colourways over the years. At first, reactions to the sneaker were mixed, it’s widely accepted that it was ahead of it’s time. 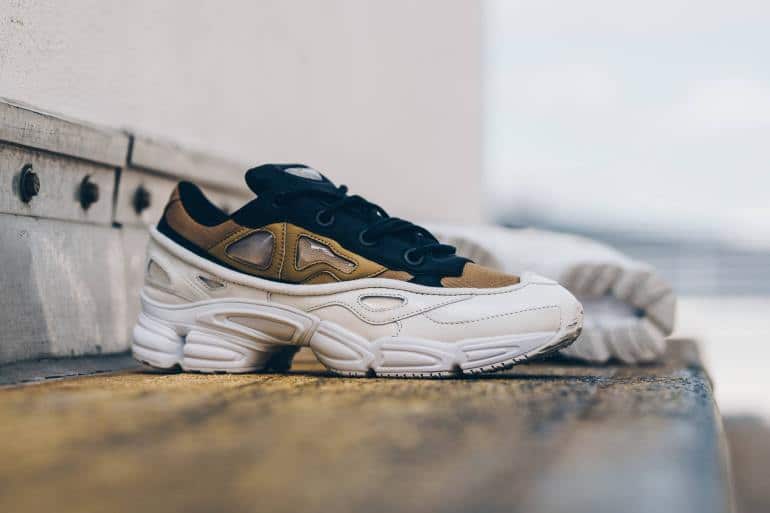 The colourways were certainly statements, with multicolour and bright options being everywhere. It’s reminiscent of the “Dad Sneaker” style, that’s now the height of fashion. However in 2013, this was not the case. Many branded the sneaker as ugly, and it took a while for it to get the success it deserved. But with influencers and fashion personalities around the world adopting the sneaker, it soon took off. Other notable silhouettes such as the Balenciaga Race Runner’s were also starting to cause a stir, although the hype for high-end among standard sneakerheads hadn’t quite taken off yet. 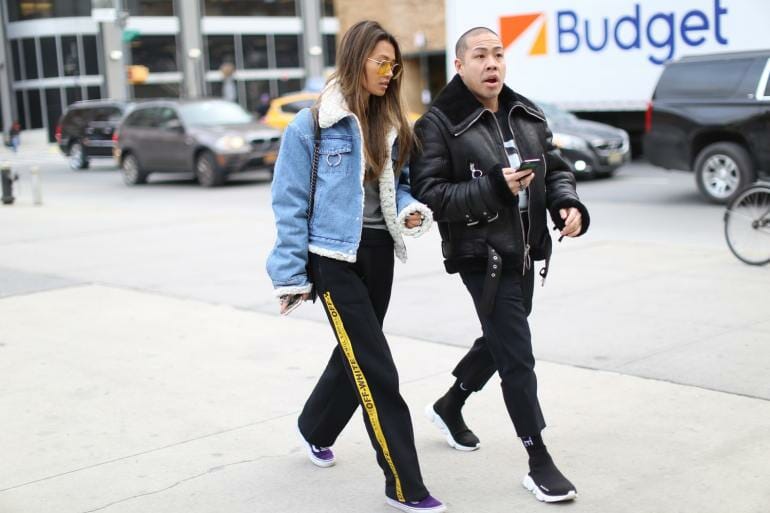 It’s clear to see from recent fashion week shows that streetwear and street style has had a huge impact on the world of fashion. In fact, it’s probably the biggest impact anything has had on fashion in a long time. The two scenes now go hand in hand. Kids who used to rock Supreme and Palace are now turning to Balenciaga and Goyard, it’s all part of the “Hypebeast Youth”. The term “Hypebeast” refers to someone who rocks an item of clothing simply due to the name or the branding. Of course, these people need the latest high-end trainers to accompany their expensive outerwear. 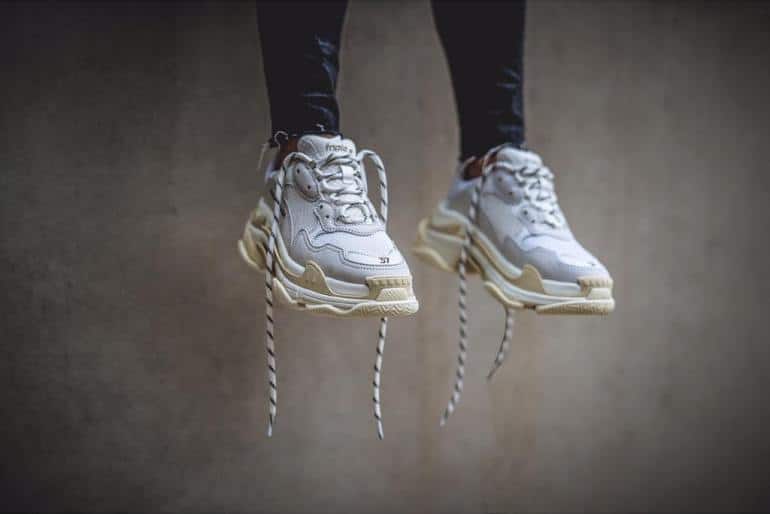 That’s the gap that brands are now starting to fill. Balenciaga for example has recently launched both it’s Speed Trainer and Triple S silhouettes, which have been by far some of the most popular sneakers this year. Gucci also launched its “Ace” sneaker last year, which became one of the hottest and most desirable sneakers for wealthy young people across the globe. High-end sneakers such as these are still a fashion staple right now, probably more than ever. 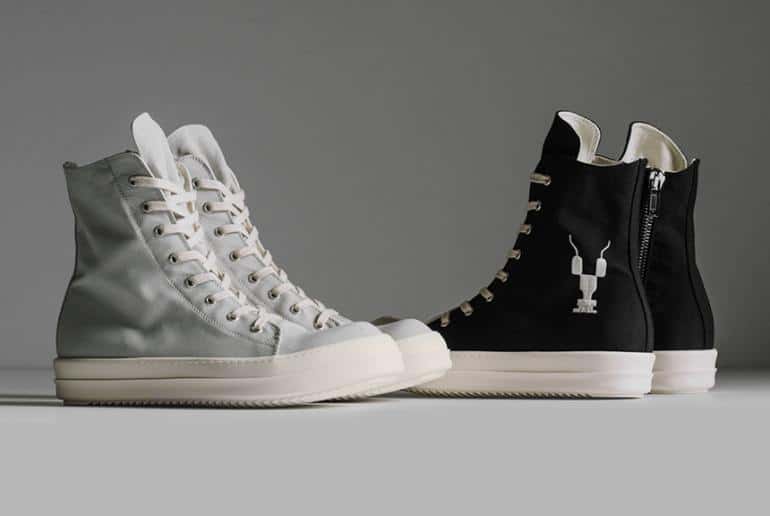 Long time favourites such as Rick Owens Ramones (pictured) will always be relevant when it comes to high end sneakers, however new names on the block are causing quite a stir. We’ve already touched on how Balenciaga has become the go-to for Instagram kids and streetwear fans, but it’s worth looking at other brands too. Vetements has recently launched a series of trainers in collaboration with Reebok, and they can also be seen on the feet of high ranking people in the fashion industry just as much as on new faces.

The first collaboration between the two brands simply featured all white shoes with “LEFT” and “RIGHT” printed on the tongues, and after that we saw the iconic scribble trainers, featuring hand drawn doodles all over a white silhouette. More recently we’ve seen the “worn” look Vetements Reebok’s, and of course the pairs latest offering, featuring an all over “Vetements” print, and Emojis featured on the tongues. Questionable, if you ask us. 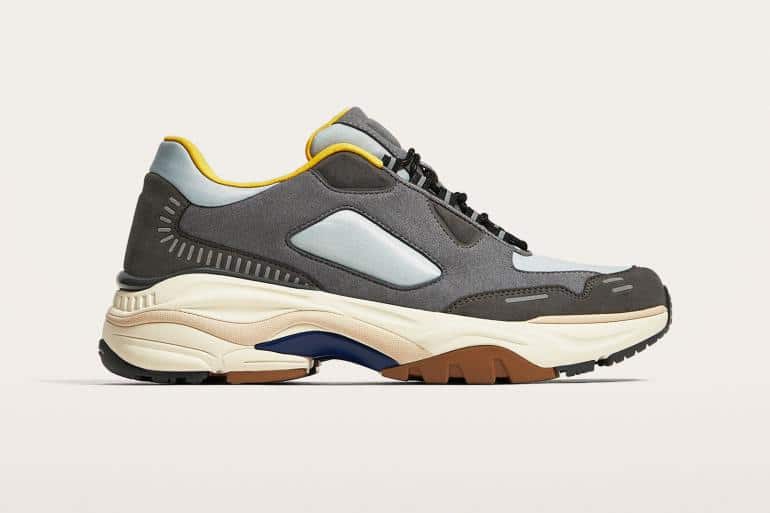 When it comes to the future of high-end sneakers, who knows what’s yet to come. In the last year, the relationship between sneakers and fashion has evolved to completely new heights, so the partnership could continue, or come crumbling down. In the last few months, high-street fashion outlets such as Zara have also taken notice of this trend, and have been putting out very similar copies. For example, Zara’s recent “Men’s Sneaker” (pictured) bears a striking resemblance to the Adidas x Raf Simons’ Ozweego. Could this become a high-street trend and then die off quickly? Only time can tell.

Where to buy a pair of Sneakers