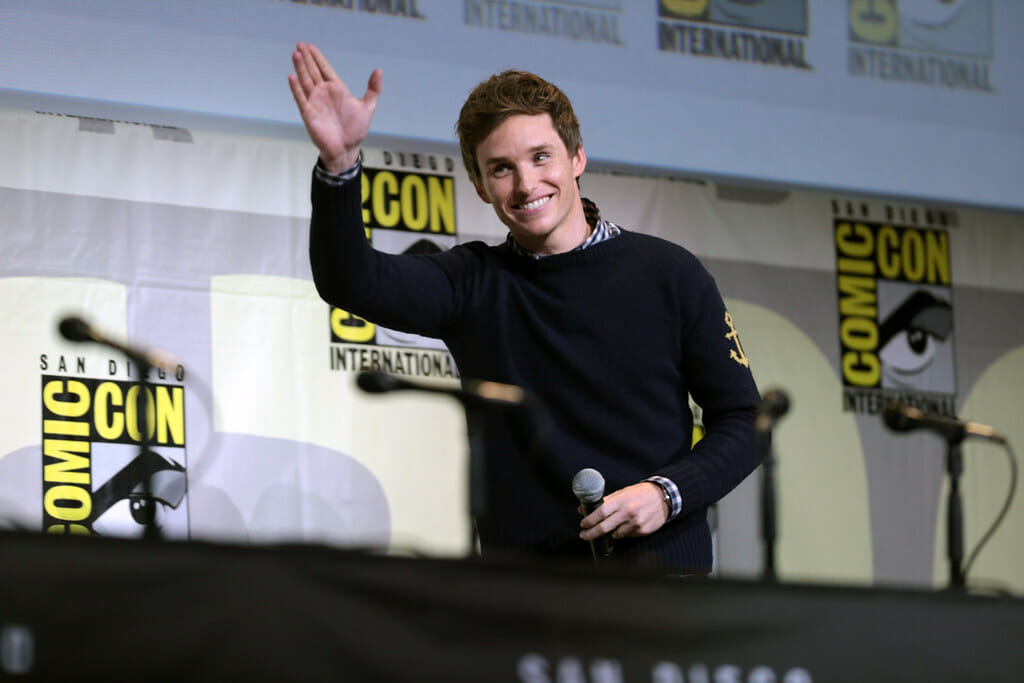 Think of a guy who exudes irresistible charm and effortless style in equal parts and who else would step up to the mark better than Eddie Redmayne? Named GQ’s ‘Best Dressed Man’ in 2015, we take a look at how you can get Eddie’s style with just as much sophistication as the man himself.

With possibly the most British name anyone has ever been given (try Edward John David for a mouthful) Eddie has bagged himself a beautiful wife in the form of his publicist Hannah Bagshawe (proving that apparently you can mix business with pleasure), has an Oscar and a Golden Globe under his belt for his performance as Stephen Hawking in The Theory of Everything and has modeled most notably for Burberry (perhaps least notably for Rowan Yarns). Google it… you’re welcome!

Aside from all that Eddie Redmayne’s style is consistently clean and sharp, although he can’t take all the credit because he’s colour blind and has to rely on his wife to dress him most of the time which could explain his apparent affinity for the colour blue. Although maybe Hannah likes it and anyway sometimes we’re thankful for a bit of colour now and then to break up the sea of white shirts and black ties that seem to flood the red carpet.

He claims that his style icon is his dad who dressed in suits all the time as he was growing up and let me tell you we can’t all make those claims. If we all took style advice from my dad this article would be advising you to ditch your day wear and opt for walking boots and a rugby shirt. Shares in Sports Direct would rocket and you’d never have to face the V-neck/crew neck dilemma ever again.

Job done, you can switch off your phone and put this whole business to bed. (But don’t do that, because Eddie Redmayne is actually a lot more style savvy than my dad, and the walking boots should be best kept at the back of the wardrobe for serious mountain climbing ventures… for all our sakes).

Smarten Up Your Basics

As a student at Eton College, Eddie has worn suits since he was a teen so it’s no surprise that he looks so effortlessly cool and natural in them. Wear anything with confidence and it’ll wear well. In Eddie’s case, the suit doesn’t wear him, he wears the suit by picking the right cut and style to fit. And so can you.

Mastering the single button suit jacket is an accolade that you won’t find on IMDB but nonetheless it’s up there. He’s also nailed the double breasted suit jacket, the chunky knit under the suit look, the jumper and converse with a suit look. To put it bluntly, Eddie knows how to nail smart casual and wear a suit on and off duty.

We’d be hard pressed to find you an image of Eddie looking dog rough in last night’s kit. His off-duty style heavily incorporates blazers, smart jackets and chinos and his key to success is knowing what works and when. Actually, we kind of hate him for looking better than most of us most days when he’s just popping out to grab his morning coffee or strolling through the airport (although being a hyper-talented multi-millionaire probably helps). Having said that he has been partial to a bit of Topman in the past so there’s hope for us yet.

Investing in the basics is a must; think back to the last image you saw of Eddie walking about in a tacky slogan tee? Never is the answer because he probably knows that they’re a fleeting fancy, a one hit wonder. And so should you. Instead opt for neutral colours and staple pieces. A slim fit blazer, a leather jacket, a denim shirt or a straight leg chino are all along the right lines.

Dare to be Different

What differentiates Eddie’s style from the endless stream of Hollywood A-Listers floating down the red carpets of film premiers and award ceremonies is his ability to colour outside the lines of the black tie rubric. Eddie injects an air of eccentricity into his quintessential British style by favouring sharp tailoring and slim fits, then adding a tartan print or a velvet cut into the mix.

It shouldn’t work but somehow it kind of does. His suits are like his second skin and once you’ve nailed the fit you can let the rest do the talking.

If you’re not brave enough to step out in a full blown tartan suit take inspiration from Eddie’s incorporation of different textures and colours and use these in your won wardrobe. Corduroy and velvet are good alternatives, or why not opt for a trouser or jumper in a bold or contrasting colours?

When it really comes down to it, the pursuit for Eddie Redmayne’s polished and pain-free style is easy because really, Eddie’s just one of us. Well not quite because he went to Eton, won an Oscar and has modelled for Burberry with Cara Delevigne but you know, he sometimes wears Converse and a t-shirt so he practically is.