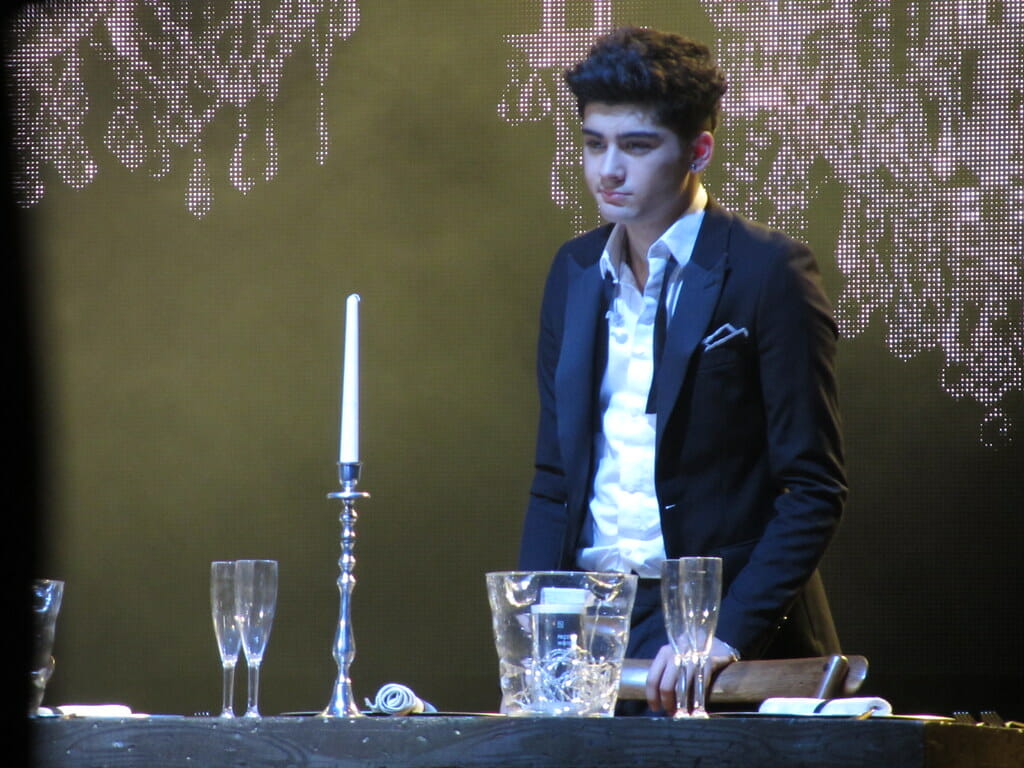 It’s safe to say that Zayn Malik is a style icon. He stood apart from his former One Direction bandmates with his unique style and we’re here to show you how you can get it yourself.

Zayn Malik has become as well known for his style as he has his music. He has always managed to stand out when compared to his former One Direction bandmates, which was no easy feat considering the stellar outfits that Harry Styles pulls out the bag. In the years since he debuted on the X Factor, Malik has moved away from badly-thought-out outfits and has started to wear some top designers, from Louis Vuitton to Gucci. His new look seems to work for his girlfriend Gigi Hadid and it more than works for us.

How does he get it so right? He has a keen eye for emerging trends and knows exactly how his clothes should fit – he is of a slight frame and knows what works best for him. Long gone are t-shirts with un-funny phrases and baseball caps, and instead a smarter and more mature way of dressing has come to the fore. He also is not afraid to take risks (with b0th his dress sense and his hairstyle).

Zayn has got to grips with what suits him when it comes to jackets. In his down time he opts for a casual bomber. On stage and on the street he’s found that the easiest jacket to slip on is a bomber jacket. Contrasting sleeves have become a thing for him and gives him the opportunity to play around with styles and colours. When he’s dressed up he goes for something a bit smarter – a long overcoat by Louis Vuitton for example. His outerwear has been finessed and we’re all in favour of it.

As a bonafide pop phenomenon Zayn Malik has to go to his fair share of red carpet events. Nowadays he has honed in on his suiting and has proved himself to be a red carpet stalwart. He sports some of the best brands out there, but what really gets our seal of approval is his ability to get the fit just right. He has a slim frame and knows that the best way to get a V-shape is to wear a double-breasted jacket. That said, while this is a good way to achieve a bigger look for a smaller framed man, you should remember to keep everything else slim-fitting so you don’t look swamped.

When Zayn isn’t going bold, he keeps it simple with an all-black outfit. This can be by means of a simple black T-shirt and pair of black skinny jeans, or with a black leather jacket thrown over. He gets it right and has an overall grunge laid-back look. It goes without saying that an all-black outfit is one of the easiest to wear, but sometimes people do get it wrong. Not Zayn Malik though. Sometimes he’ll keep most of his outfit black, but chuck in a slight bit of colour by means of jewellery or slip on a floral shirt for a bit of a mix up.

While Malik does wear his fair share of shirts, half the time he actually mixes things up and ditches the shirt. When he’s in a suit he’s been known to ditch a classic white shirt in favour of a roll neck or floral shirt. Try this yourself if your fancy mixing up your suiting.

While he’s got it all top notch with what he’s wearing, up top he’s also a winner. His hairstyles change as swiftly as trends, but he always gets it just right. Whether he’s sporting a skinhead or bleached locks, you can guarantee he is getting it spot on. While some were a little more daring (pink hair anyone) whatever Zayn does, usually comes with a stream of followers replicating his look.

To conclude, if you’re going to try and look like any pop star at the moment, you’re probably going to want to look like Zayn Malik. He’s got a cool urban look nailed on the head and he isn’t afraid to be a little daring, even as he matures. Whether he’s mixing his look up on the red carpet to stand out among the sea of black suits, or he’s just rocking downtime staples, you can guarantee it’s a style you’ll want to steal.