The History of Reebok Trainers 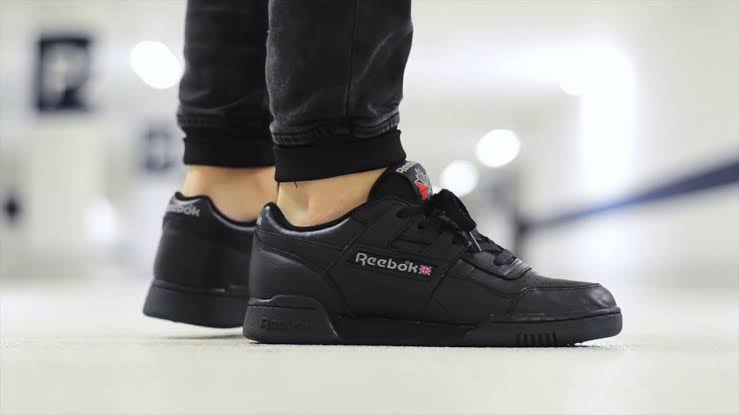 One of the largest sportswear brands in the world, Reebok has been around for over 121 years. Looking to learn a little more about the iconic trainer brand? Read on for all you need to know about Reebok.

When a brand passes the centenary mark, the focus typically shifts from increasing awareness and mass growth to maintaining relevance, and customers, they’ve already accumulated. In the case of Reebok, a brand that’s long been producing sporting apparel and trainers, they’ve harnessed the public’s attention through a calculated balance of product innovation and celebrity endorsement.

But where did it all start? Read on for all you need to know about the popular American sportswear brand.

As with all heritage brand, the story of Reebok is a complicated one. Originally starting in 1895, Joseph William Foster and his sons sold trainers in Tottington, England under a family company named J.W.Foster & Sons. They began to distribute trainers across the UK, but first gained notoriety with olympians wearing their designs for the 1924 summer olympics.

In 1958, Joe and Jeff Foster, grandsons of JWF renamed the company ‘Reebok,’ an Afrikaans word for the rhebok, a type of African antelope. They continued to gain traction over the years and by 1981, American businessman Paul Fireman had licensed the Reebok name to be trades in the US – trading $1.5million in the first year. With the continued success of the US partnership, Reebok had more cashflow to allocate for R&D leading to markable improvements and several new styles.

By 1982, the Reebok Freestyle was debuted – the first athletic shoe designed for women.

In 1985, Reebok rolled out it’s initial public offering on the New York Stock Exchange, and in 1986 changed their logo from the Union Jack to a more contemporary vector logo. These were the critical years of the transition from the company into a performance / lifestyle brand in conjunction with licensing deals with major athletes. This was a major time of growth for the company, seeing sales of about $1billion.

1989 saw the release of the the Reebok Pump – one of the most iconic styles to this day.

In 2000, Reebok and the NFL signed a deal giving the American sports brand a 10 year exclusive right to manufacture and sell uniforms, footwear and merchandise for all 32 teams. The following year, they signed a similar deal with the NBA and the WNBA for 10 years starting from 2004/2005.

Following the major licensing deals, and the general annual growth of the brand; German brand adidas acquired Reebok as a subsidiary in one of the largest sporting brand mergers in history (around $3.8 billion), but still maintained their separate trading names. By 2013, the red delta sign took over as the main logo on all Reebok branding – representing mental, physical and social.

First appearing all the way back in 1983, the Reebok classic lives up to it’s name with a timeless feel to the style. The supple leather provides a hint of luxury while maintaining it’s practical nature.

The Reebok classic suede is best described as another timeless, staple style from the iconic American sportswear brand. The fusion of style and comfort has allowed this style to survive the test of time.

Arguably the coolest basketball trainers ever designed by the brand, Reebok really knows how to turn heads with their basketball styles. The Reebok Blast was, and still is, one of the most iconic trainer designs of all time.

Through numerous licensing deals with the NBA and other sporting associations in the US, Reebok has become one of the go-to brands for high-top styles.

One of Reebok’s most epochal styles, the Reebok Pump provides the ultimate comfort and style with a unique, notable aesthetic.

Where to buy a pair of Reebok