Over the last 80 years, Lacoste has become a household name, transcending preppy styling and becoming a streetwear staple. The French label has become synonymous with quality products, with the crocodile logo a firm favourite in many a wardrobe. With their latest range now available at Outsons we take a look at how Lacoste has become one of the most popular brands around.

Lacoste is arguably one of the most renowned lifestyle brands in the world. Their success has been global thanks to that iconic little crocodile, yet the brand actually has a relatively short history. Lacoste has risen to prominence remarkably quickly, and has paved the way for a whole host of brands.

And the man we have to thank is René Lacoste. A prominent French tennis player in 1933, Lacoste was frustrated by the limitations of the classic tennis whites. At the time, players had to wear a long sleeved button-down shirt, a tie and long trousers – not ideal for those overhead shots.

In search of a more practical look, Lacoste told People Magazine in 1979:

One day I noticed my friend the Marquis of Cholmondeley wearing his polo shirt on the court – ‘A practical idea,’ I thought to myself. Soon everyone was wearing them. 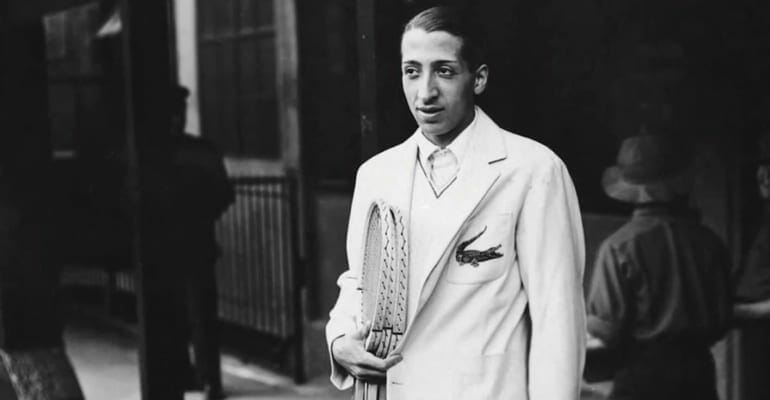 This was the start of the polo shirt as we know and love it today. With the help of André Gillier – owner of the largest French knitwear manufacturer at the time – Lacoste designed a short-sleeved polo shirt to wear whilst playing.

This was made using innovative piqué cotton to allow for more breathability whilst playing, and gives the textured look that has become synonymous with polo shirts today. This was the start of the functional elegance that continues to inspire contemporary lifestyle and sportswear brands to this day.

In 1952, Lacoste made the move to the US and was advertised as “the status symbol of the competitive sportsman”. The polo shirt was quickly picked up by golf players and became a staple in the upper class, All-American preppy look. So much so that it was even featured in the Official Preppy Handbook in 1980. After this, Lacoste expanded its products to include jackets, t-shirts and trainers. 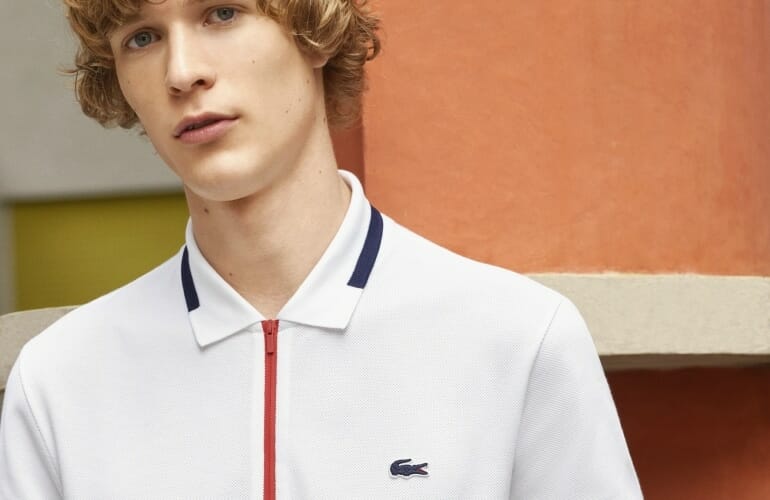 Lacoste was arguably one of the first brands to feature a logo on the outside of their polo shirts, with the iconic green crocodile kicking off the logo-mania that is still prevalent today. The idea was later picked up by the likes of Ralph Lauren and Fred Perry when the polo shirt became a staple of smart casual wear.

So why a crocodile, we hear you ask? The origins of Lacoste’s logo are actually quite contested. The first theory goes that René Lacoste was famed for his ferocity and tenacity on the tennis court and gained the nickname ‘the alligator’. This somehow turned into a crocodile, and here we are 80 years later.

The second story is that Lacoste gained the nickname after a bet with the captain of the French Davies Cup team over receiving an alligator skin suitcase should he win the match. He actually lost the bet, but it didn’t stop him embracing the nickname and featuring it as his now ubiquitous logo. 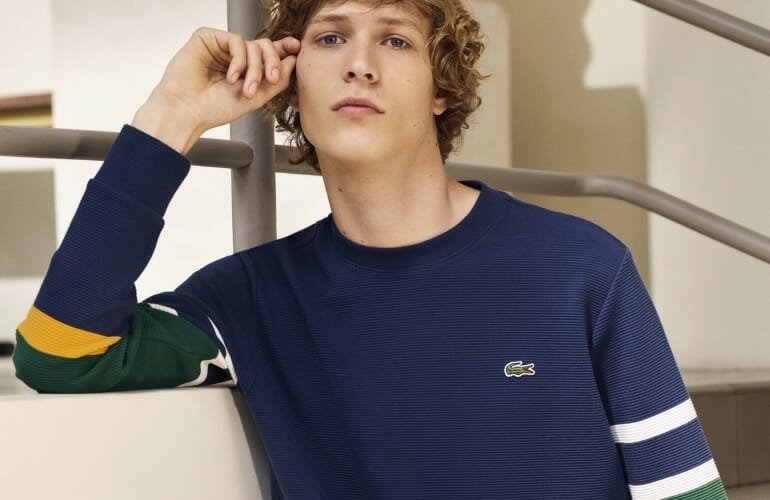 Lacoste has endorsed a number of celebrities in its time, including the likes of tennis star Andy Roddick and Richard Gasquet. Whilst the polo shirt has long been a staple in the modern man’s wardrobe, it shot back to popularity after Daniel Craig wore one as James Bond in Spectre – reaffirming the suave, elegant aesthetic that can come with a polo shirt. 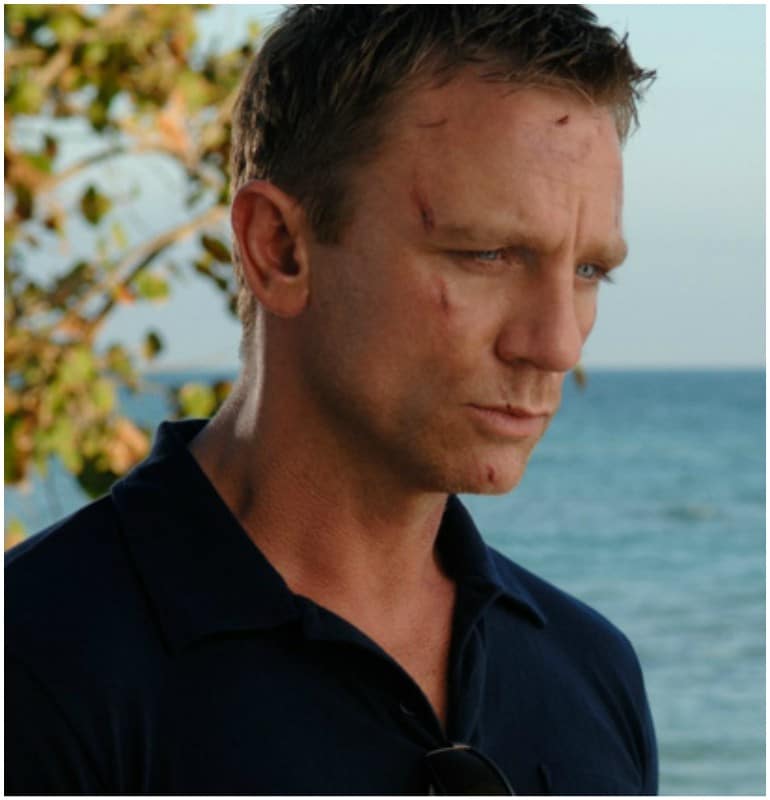 Lacoste has become one of the most well known lifestyle brands, with their iconic polo shirts just the tip of their functional yet stylish offerings. We’ve got a lot to thank René Lacoste for – besides logo mania, he went on to invent the tennis ball machine. Who knew?! Lacoste are a firm favourite at Outsons, and you can check out their newest products here.