The History of Chelsea Boots 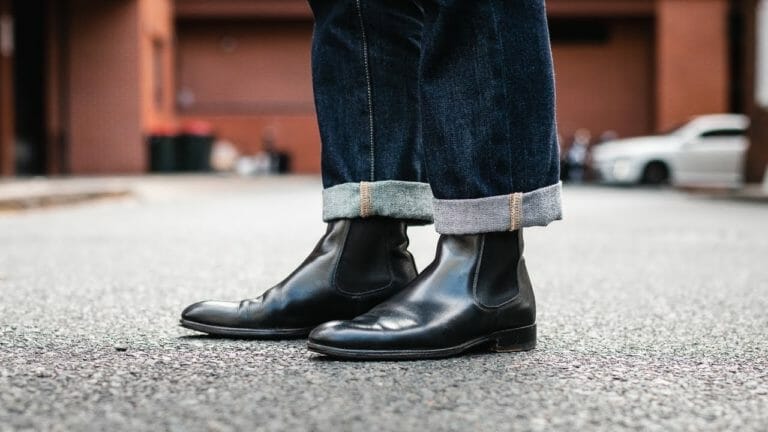 As one of the most quintessentially British footwear styles, let’s take a look at the iconic history of Chelsea boots and some tips on how to style them.

An iconic piece of footwear with a timeless and enduring design, read on as we take a look back at the history of the Chelsea boot to see what makes them so popular, as well as some top tips on how to style them.

The History of Chelsea Boots

Dating back to the Victorian era, a time in which entrepreneurial innovation was rife, the creation of vulcanized rubber saw the advent of the Chelsea boot. In 1839, American inventor Charles Goodyear claimed to develop a process that vulcanized rubber – meaning that the boots could be slipped on and off easily – whilst on this side of the pond, British inventor Thomas Hancock made the same claims.

Whoever discovered it, it’s important to know that without vulcanized rubber (which is created by adding sulfur to rubber to make it more resistant and elasticated) – the Chelsea boot would never have graced our feet or the feet of the Victorians who first coveted them.

J. Sparkes-Hall, cobbler to Queen Victoria, actually designed the first Chelsea boot. At the time, however, they were known as ‘Paddock boots’ for their walking and riding uses. It wasn’t until the mid-’50s that they found their renowned name after being picked up by the ‘Chelsea set’ – a group of media toffs (artists, designers, and socialites) that hung about Chelsea and wore the boots. 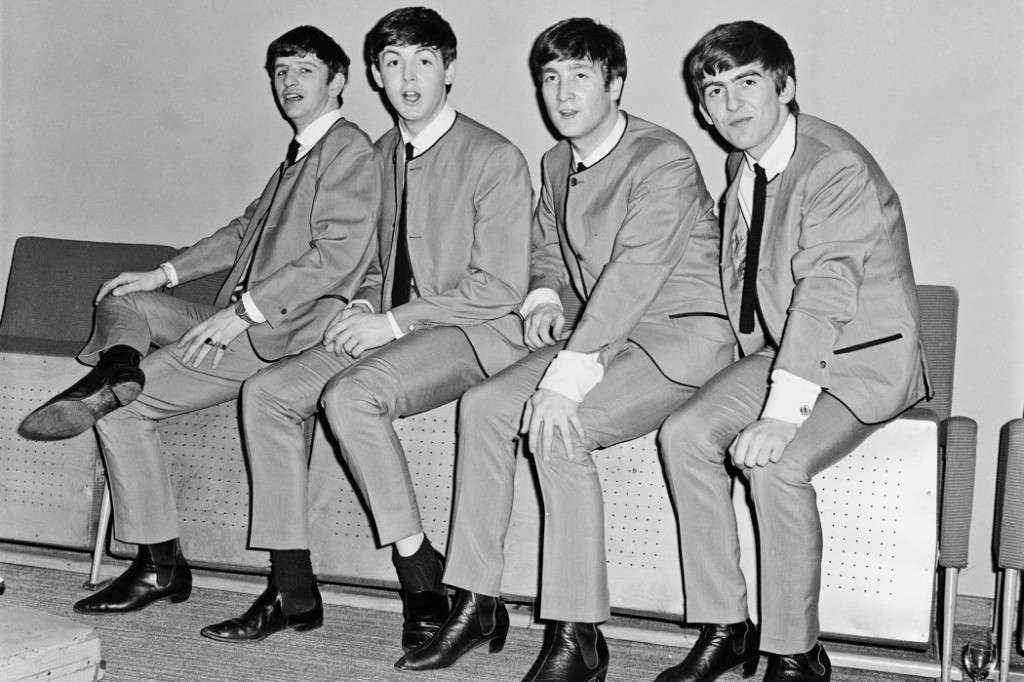 By the 1960s, a Cuban heel had been added to the design and bands such as The Beatles and The Rolling Stones were regularly seen wearing the boot, further increasing their popularity. Variations were made on the original Chelsea boot to increase the ankle height and elongate the toe and with the fab four rarely seen out of the adapted shoe – commissioned by London company Anello & Davide – they were aptly re-named the Beatle boot.

Of course, where the style savvy went the Mods soon followed and they quickly cottoned onto the appeal of the Chelsea boot. The attention to detail and Italian inspired high fashion design of the boot made them a favourite among the rebellious, fashion conscious mod community. As opposed to the desert boot, they could be worn formally with sharp suits and straight leg cords, cropped to the ankle to reveal the elasticated ankle detail.

For their versatility and timeless style, they’ve remained a firm sartorial favourite. Dressed up or down, the Chelsea boot retains an element of old school style that predates today’s tracksuit culture. 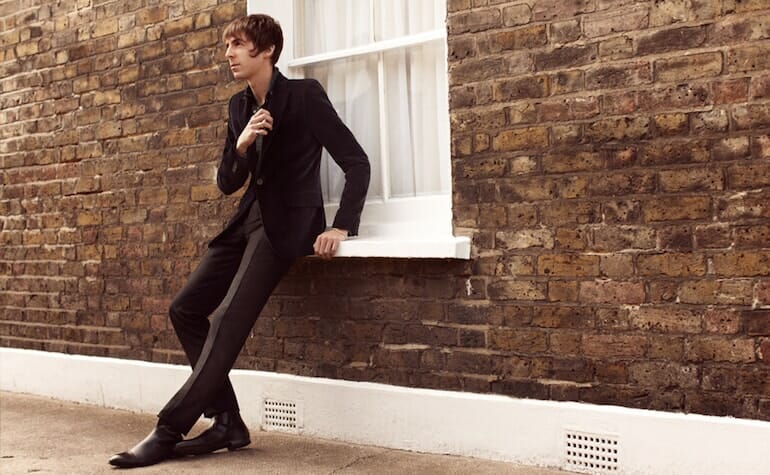 Hudson have been making boots and shoes from high-quality leathers and suede since 1990 and are among some of the best Chelsea boot manufacturers in the world. Classic and timeless designs partnered with their attention to detail are reflected in their superior selection.

Chocolate brown, sand and black suede Chelsea boots are among some of the most popular in classic flat and heeled designs. The Cuban heeled variety closely resembles the Beatle boot with its high ankle, pointed toe and elasticated panel features; the flat version is more closely linked to the original Paddock boot variation.

Here at Outsons HQ, we’ve covered every boot in the Hudson range since they’ve arrived. The Watts Suede models are a Mod classic with their typical ’60s features and would look great dressed up with a slim suit or down with a straight leg jean. 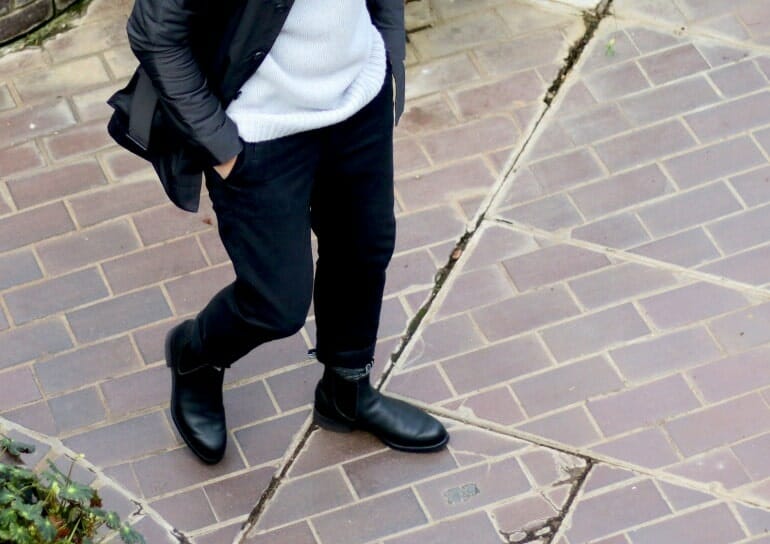 How to Style Your Chelsea Boots

The Chelsea boot is the ultimate in rock n roll footwear and what better way to emulate this look than in all black. A classic leather biker jacket – with the likes of James Dean and Elvis Presley all coveting the Perfecto in their day, what better than a Schott NYC version? Mix in a black t-shirt, black jeans (straight leg, of course) for the perfect combination.

It’s always worth keeping cuts slim and fitted and pin roll jeans to ankle length to show off the details of the boot. This way of wearing them harks back to The Beatles early days, so if this is what you’re going for it’s always worth a few seconds spent on a decent pin roll. 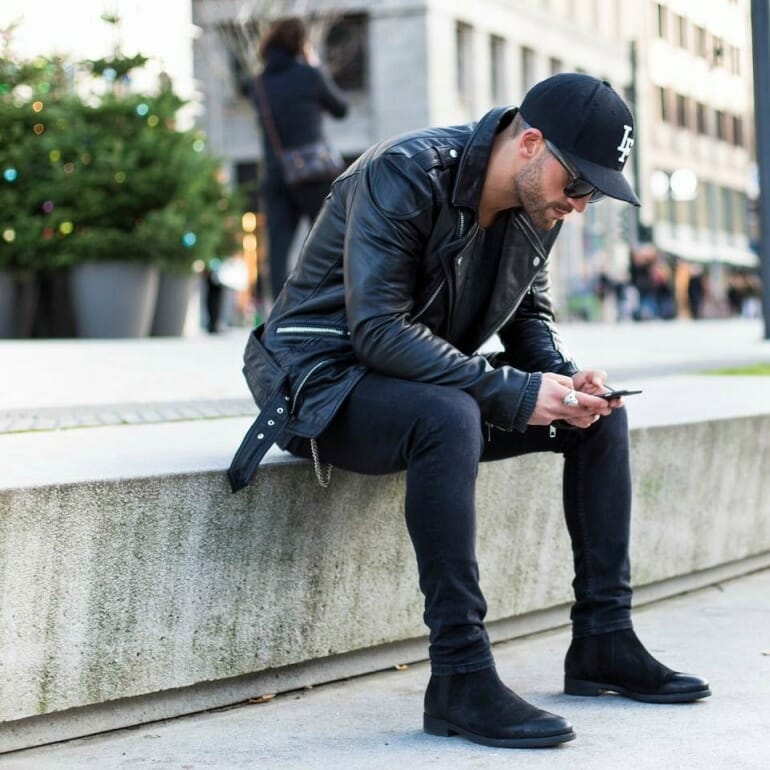 If you want to keep things a little more casual, opt for jeans – again, straight leg to cater to that Mod slim and sharp tailoring. A classic overcoat paired with a plain T-shirt is the perfect accompaniment to a pair of blue jeans, match with some sand coloured Chelsea boots and you’re onto a winner.

This shoe is all about straightforward and simple styling so make sure the looks you create for your boots incorporate clean cuts and plain colours. You’re going for timeless and classic styling, these boots are not a driven statement piece so style them appropriately. 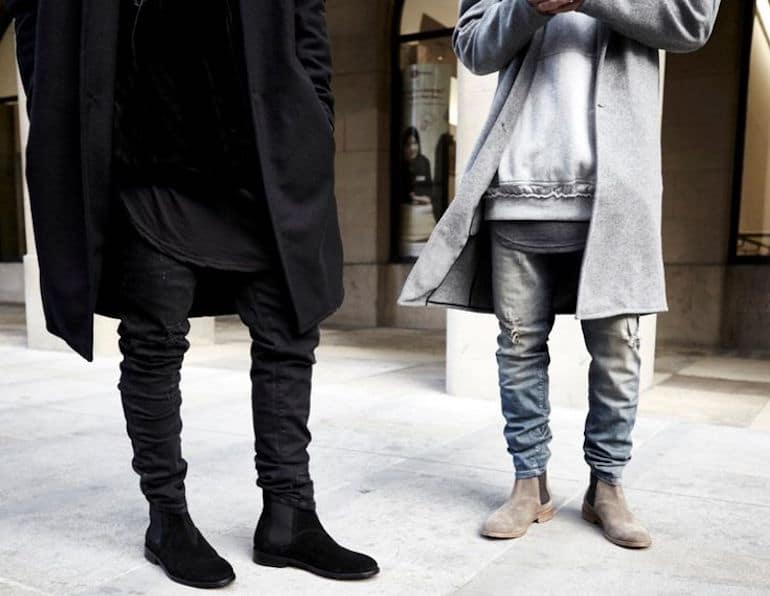 Your Quick Guide to The History of Chelsea Boots 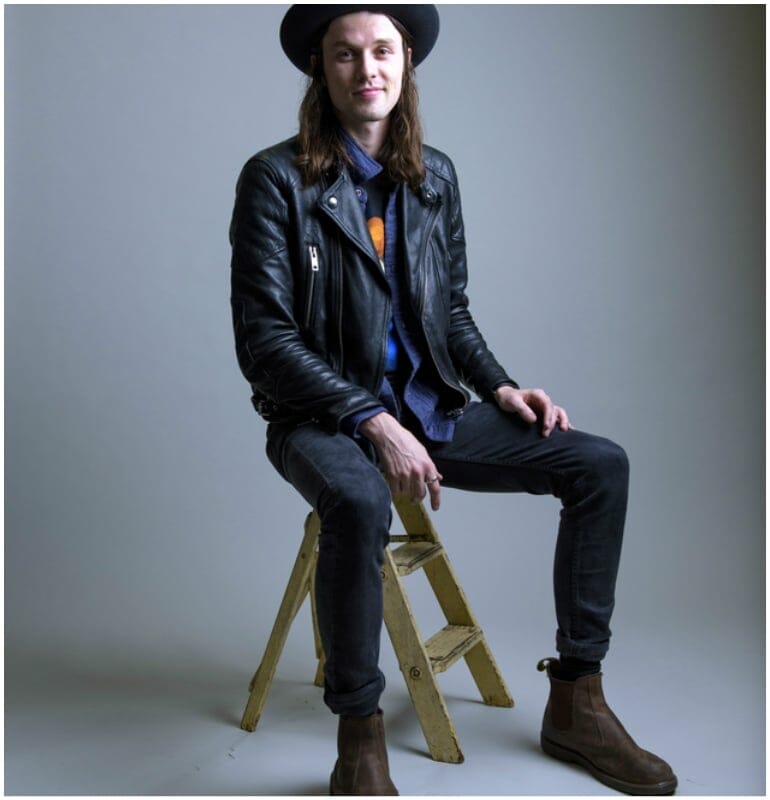 For almost two centuries now, the Chelsea boot has endured as a true style icon. It’s gone through some changes – from the Paddock boot designed for Queen Victoria in the 1800s to its time as Chelsea Set favourite in the 1950s, and finally, to the boot we know today. Regardless of all of the transformations that have seen the style trancend the decades, today the Chelsea boot is still a timeless classic. If you don’t own a pair, what are you waiting for?