The History of Adidas

As one of the most iconic sportswear brands alive today Adidas has been around for 92 years. Want to learn about this classic brand’s rich history? Read on for all you need to know about Adidas.

Since Adidas has been around for nearly a hundred years the brand has undoubtably evolved over time. Yet, the company that originally caught peoples attention through creating Olympic medal winning sports shoes has managed to maintain a classic athletic style, firmly positioning itself as a go to brand for sport as well as style.

Adidas’s history begins in 1924 with two German brothers and a washroom. The Adidas founder Adi Dassler and Rudi Dassler began producing shoes in their mother’s laundry room in the small town of Herzogenaurach, Germany. The desire was to create the ultimate sport footwear for athletes around the world. From here the brothers began the Gebrüder Dassler Schuhfabrik (Dassler Brothers Shoe Factory) which was to be the birth of the Adidas shoe brand.

When Was Adidas Founded

It wasn’t until 1947 when the two brothers had a falling out that the brand we all know and love began to properly take shape. When Rudi was falsely accused of being a member of the Nazi SS after being captured by American soldiers during the Second World War he became convinced his brother had turned him in. The brothers split allowing Adi to register the Adidas brand in 1949. Rudi went on to set up his own sports brand Puma, ultimately sparking the bitter rivalry between Puma and Adidas.

It was also in 1949 that Adi patented the now famous three stripe logo, with each stripe said to represent one of his three sons. Over the years Adidas has had many memorable slogans used to market their brand. One notable slogan was the ‘Impossible is Nothing’ marketing campaign that is thought to have come from a famous Muhammad Ali quote. The slogan perfectly encapsulates the spirit of the Adidas brand that concentrates on sporting excellence and tenacity.

Taking the classic trefoil logo that used to represent all adidas products, in 1997 the Adidas originals range was created to encompass the brand’s heritage products. It includes some of Adidas’s most memorable and most loved trainers such as the Spezial and Superstar range. 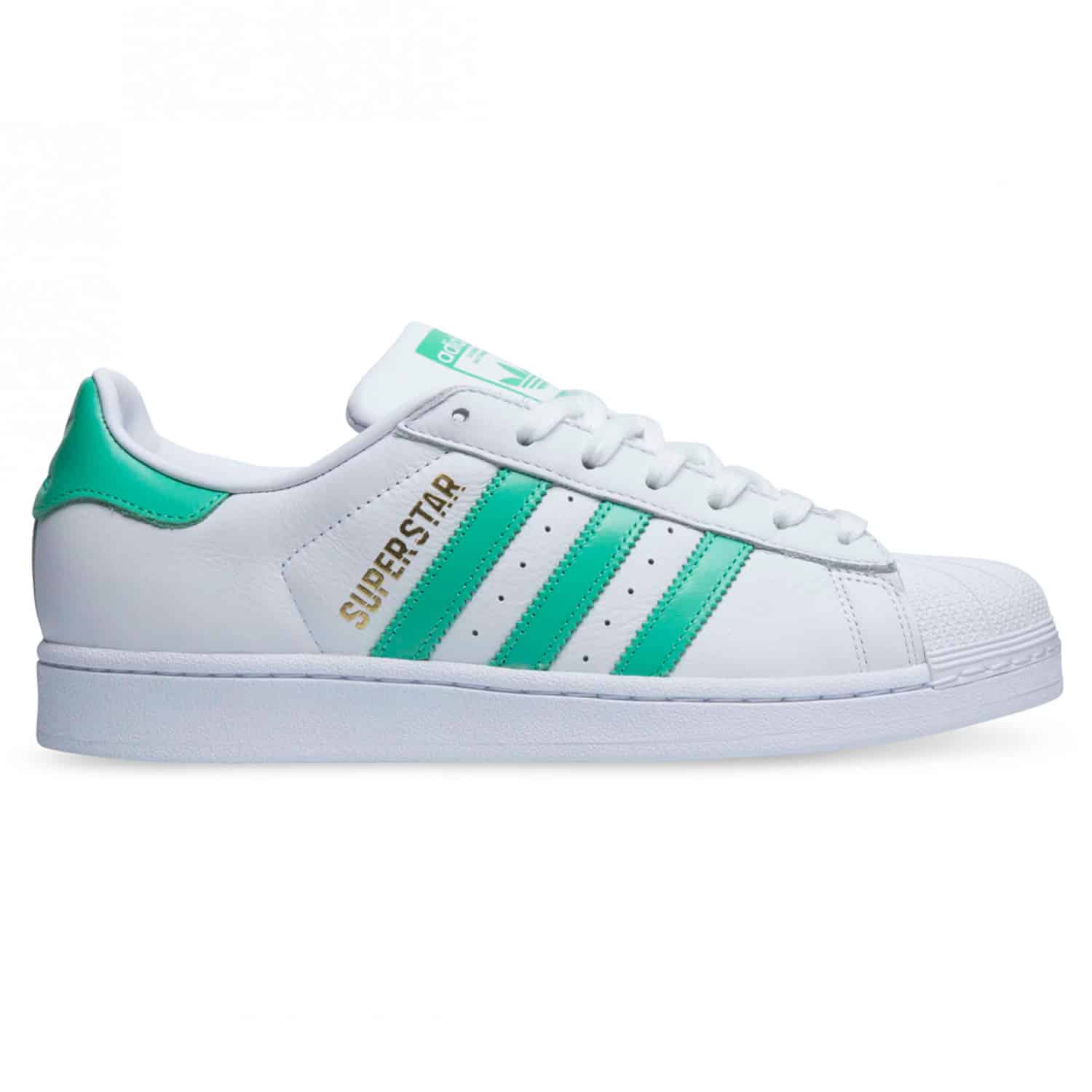 In 1967 Adidas released the Franz Beckenbauer range after the famous German footballer. Nick named ‘Der Kaiser’ (the emperor) because of his leadership and playing style, Adidas used his notoriety to market the Beckenbauer tracksuit and ever popular trainer range.

The Run DMC range of shoes marks the moment when Adidas truly began to establish themselves as a fashion brand as well as sports wear. The shoes came into existence in 1986 after popular rap group Run DMC released the song ‘My Adidas’ as a love letter to the sneaker brand and its popularity with working people in urban neighbourhoods.

Where to buy a pair of Adidas