The History of Asics 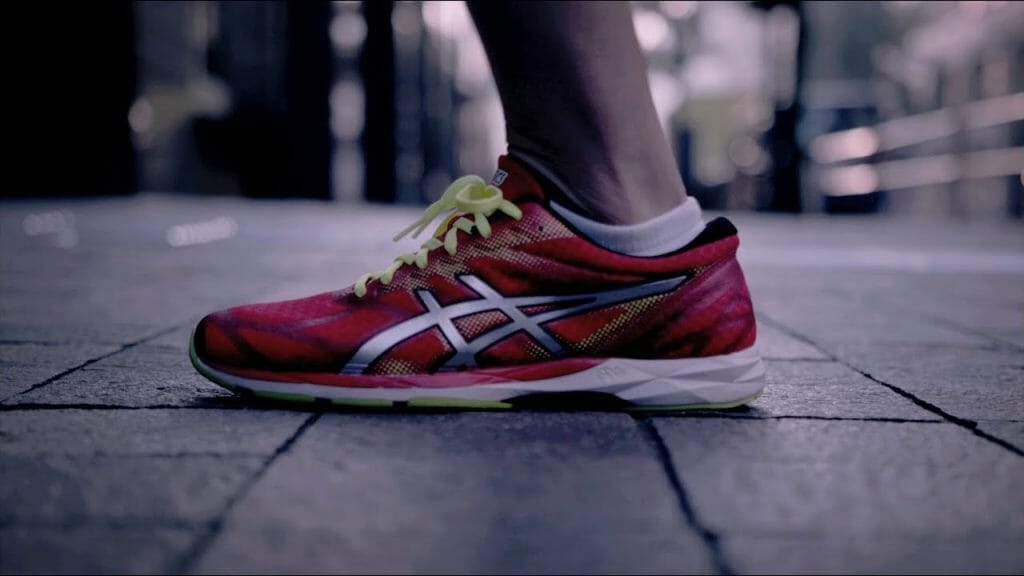 Onitsuka Tiger have been a major competitor on the sneaker market since the late 1940s. Sound unfamiliar? Of course it does, that’s because the brand we’ve all obsessed over at one time or another wasn’t always known as Asics.

The History of Asics

In 1949, Kihachiro Onitsuka founded Onitsuka Co. Ltd, aiming to create a product that would promote sound mind and sound body in a depressed, post war Japan. Onitsuka saw that Japan’s youth were suffering from low morale and poor self esteem, and he thought that fitness was the solution to that.

The company’s design philosophy came from the most unexpected of places – their first concept occurred over dinner one night, when Onitsuka looked down at the suckers on the octopus tentacles he was eating and had a brainwave. Suction cups attached to the soles of shoes that would provide grip could be modelled on the same principle of the traction of the tentacles when they came into contact with a surface. Onitsuka’s novel design strategy was a huge success and helped to create one of the first classic asics trainers.

During the 1960s, the company began expanding and re-branded as Onitsuka Tiger, adding Tiger style stripes to the sides of the sneakers to make them more recognisable. Onitsuka Tiger enjoyed sporting success with the winner of the Boston Marathon running in a pair and the Japanese Women’s Volleyball team going on to win gold in the ’64 Tokoyo Olympics all wearing the shoe.

In 1977, Asics was born out of a collaboration with two other companies GTO – a sportswear manufacturer – and Jelenk – a knitwear manufacturer. The new brand identity was an acronym for the latin ‘A healthy mind in a healthy body’, Onitsuka’s mantra from the very beginning. The idea that sports and fitness is the best way to create sound mind and body has been a philosophy that has carried the brand from the outset and lies in the foundations of every Asics sneaker.

ASICS Tiger is the lifestyle expression of the  performance brand, bringing the unique  combination of Japanese sports technology and global street style to the modern day sneaker lover.

Asics logo, new image, and their foray into athletics proved a massive hit among sportsmen and women. More and more athletes were seen wearing, and winning in the sneakers, and the Asics brand was steadily growing in popularity.

The late ’60s and early ’70s saw a boom in the sporting accolades claimed by the Asics sneaker. The world marathon record was broken by Derek Clayton in a pair of Asics in 1967 and Lasse Viren won gold at the 1972 Munich Olympics wearing the shoe. Asics were building a reputation as a high performance sporting sneaker with the stats to prove it.

Shock absorbing foam insoles and gel pad cushioning for high performance, low impact running formed the basis of the cutting edge technology that proved the Asics company were – and still are – the number one choice for athletes.

Gel cushioning is probably what Asics are most acclaimed for today. It made its debut in 1987 and has remained a mainstay feature of the Asics sneaker. Aesthetically pleasing as well as high performance, the Gel Lyte has been revamped endlessly over the years, but the original and best Gel Lyte has never left the flow line collection – a testament to its enduring functionality and style.

With a stability insert and gel cushioning on the heels and balls of the feet, the Gel -Lyte V was a further progression of the Asics sneaker that took it into more performance driven territory. Lightweight, with exposed mesh for breathability and a flexible design, the Gel – Lyte V was designed with the athlete in mind.

Designed by and named after Toshikazu Kayano, the next generation of Gel – Lyte was an athletic sneaker completely imagined with the athlete in mind. With shock absorption, Coolmax lined mesh, a contoured insole and Asics signature gel cushioned technology, the Gel – Kayano was the ultimate in comfort and support for runners of epic and ordinary proportions.

Today, Asics is revered as a contemporary street and athletics sneaker brand with a rich heritage in performance and design. Whether you’re an amateur or a professional athlete, Asics is the brand. Onitsuka’s philosophy of keeping a sound mind and a sound body through fitness and well being is one that has carried the company into its 70th year of business with as much relevance and appeal as it had in 1949.

You can tell this by the Onitsuka Tiger heritage range Asics now offer. With sneakers based on the classic designs worn by athletes that propelled Asics to sporting stardom during the ’60s for their high quality performance during Olympic championships and major sporting events, the brand are harking back to a golden age. Even a brand as current and contemporary as Asics aren’t immune to a little retro nostalgia.

So if you’re in looking for quality that has a rich history to back it up, try Asics. Japan, along with their technological advances helped pave the way for some of the best built trainers in the world.

And to think… it all started with an octopus tentacle.

Your Quick Guide to The History of Asics

Possibly one of the strangest origins stories of a contemporary sneaker brand, the inspiration Kihachiro pulled from a humble octopus tentacle has proved to be a defining pillar of the brand. The, now iconic, gel cushioning provided by Asics has kept them on the radar of fitness lovers and casual walkers alike – and most probably will continue to do so for years to come.

Where to buy a pair of Asics