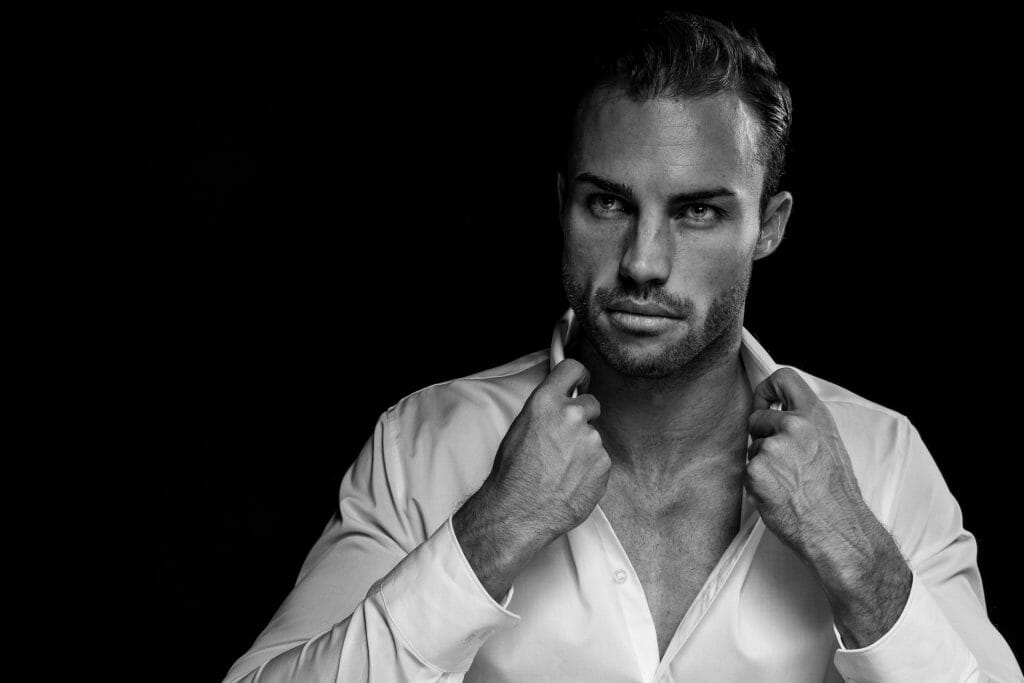 Whether you’re planning to grow a beard for the first time or you’re simply looking for a fresh new do’ to sui t your manly mane. Check out our guide to the top 5 hairstyles for men with beards.

Having a beard can sometimes limit which sort of hairstyles you can have. We’ve curated our top five hair looks for men with beards and we’ll also show you the best products to get the look. How good are we, eh? Take a look at the inspirations below and get yourself educated on the best haircut for you.

When it comes to modern hairstyles, the undercut is right up there with the most contemporary of the lot. Sharp, smart but incredibly stylish, it’s fast become one of the most popular hairstyles of the current day. It goes without saying, the stark contrast between the buzzed or, at least, tapered sides against a voluminous beard can be a little brash for some; but those looking for striking and slick men’s hairstyles with beards should look no further than pairing an undercut with a beard.

When it comes to matching short back and sides with a beard, there’s an endless amount of possibilities ranging from the more subtle contrasts to a full blown disconnection. The most straightforward way of approaching things is to use the same clipper length on your beard as you would on your face. This will give a seamless finish more suited to a guy who’s not looking to push the boat out too far.

Finally, and somewhat of a middle ground between the two; a tapered beard. Tapering down from sideburn area, then gradually getting longer as the beard moves towards the chin – it creates a dynamic finish that’s both stylish and a little adventurous. One of the more modern beard styles – an undercut with a beard can suit any age range from younger guys to those sporting a salt and pepper beard.

Another great pairing for the bearded man, long hair and beard styles sit particularly well together. Longer styles have often been associated with a level of nonchalance or lack of effort. In recent times, however, this attitude has changed with longer hair becoming relatively mainstream, and yes – you’ve probably got the Shoreditch hipsters to thank for that one.

It’s no secret that growing longer styled hair takes a lot of time, work and dedication – so you’ll be happy to know that the best beard styles for long hair veer on the shorter side of the spectrum so won’t require the same level of effort as the hair. As longer styles can, but not always, add an air of dishevelled flair, it’s best to keep the beard relatively short to avoid hair overkill.

Short beard styles will add a desirable level of contrast to an otherwise quite hair populated face, so we’d advise taking this approach. Take a look at some of the latest hairstyles for long hair and some sartorially suited beard styles.

While the side parting comes in several different iterations, the classic style dates back longer than we know, phasing in and out of popularity several times over the last century or so. Recent times has seen a rise in the classic side part, once again, return to popularity. Whether it’s the slick rick styled Peaky Blinders take on the side part, or a more contemporary version featuring a little more volume on top – it’s a timeless hairstyle that’ll always deserve a place on men’s heads.

When considering beard styles for men with short hair, there are really no boundaries as to what direction you can take it in. That being said, it’s generally assumed that if you’re going for a slick style side parting you’re gonna want to keep things similarly smart round the face. In this case, tightly groomed stubble will suit well, not going any higher than a #1 clipper length all round.

On the opposite end of the spectrum, if you’re opting for a more voluminous take on the side part/combover, it can still sit well alongside a larger beard. We will say, however, that a particularly large beard can look a little out of place alongside the cleaner finish of even a more textured side part. Our advice? Keep the sides no longer than a #2 clipper, allowing a little more length under the chin if desired – no need to go rocking the full Viking beard/lumberjack beard look.

Another short hairstyle to consider pairing with a beard is a voluminous quiff. The quiff is possibly the most popular men’s hairstyle around in recent years, with men of all backgrounds, ages and locations sporting the iconic cut. Often styled with an undercut for a sharper look, the quiff can really take a smart or adventurous direction depending on what you’re looking for.

When deciding what beard will work best with a quiff, once again, the shorter nature of the cut leaves a lot of space for your own take on what works best. Anything from a short stubble to a full lengthy beard will fit the bill, with each one suited to certain situations better than others. Keep things tidy and trim with a buzzed stubble or work your way up to a Gandalf inspired long beard, either way – the quiff will look dapper with any pairing.

The Short and Messy

Last, but not least, keeping things short but textured and dishevelled is another style that suits beards well. A choppy look like this isn’t the most popular at the moment, but that doesn’t take away from the fact that it’s a great option for guys with beards. As with longer styles, the voluminous nature of a short and messy style means it’s better to take a more subtle approach when it comes to the beard.

When looking for a suitable men’s facial hairstyle to a short and messy do, we’d recommend you keep things no higher than a #2 clipper length. A stubble sits alongside a short and messy style particularly well – maintaining the rugged appearance of a typically liberally styled short, messy do.

If stubble’s a little too short for you, keeping things on the tidier end of the spectrum will prevent the look from looking too ‘nonchalant’. After all, we’re all going for that ‘look good, without looking like you’ve made too much effort’ vibe, right?

There we have it! Although there’s many that would argue men’s beards are on the out, it’s pretty obvious that we’re not about to see an en masse abandonment of facial fuzz from the bearded man. Whether you want to keep things trim and tidy, sporting a short hair and beard, or prefer to let the locks flow with a marginally longer style paired with a lengthy beard – with our selection of men with awesome beards you’ll not be shy of inspiration anytime soon.

4 Ways to Pull off All Black Outfits...