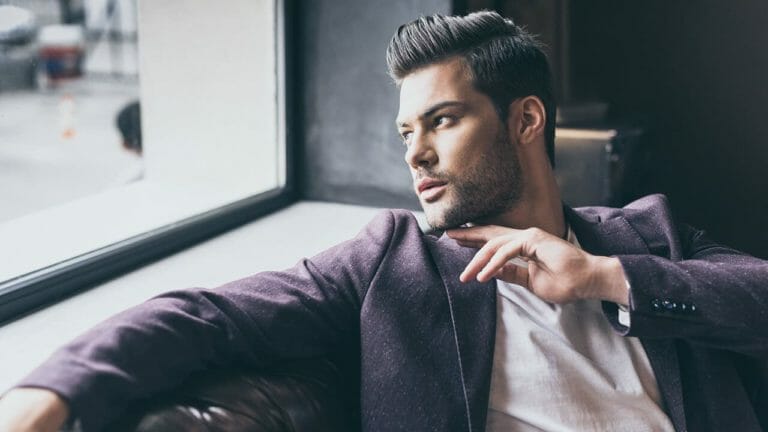 Tom Ford once came up with a list of the things that every man should do and this has become the basis of how men are expected to act in the 21st century. We decided to curate a list of all the things that well-dressed and well-put-together men do, which means you should be doing them. First impressions are everything and you might not be making the best one if you aren’t doing these things.

How you present yourself in everyday life is up to you, but we think there should be certain habits that men have if they really want to be the best they can. These are anything from buying a whole new set of underwear every few months (we have style maverick Tom Ford to thank for that) to avoiding boot cut jeans. Follow these and you’ll instantly be up there with the best-dressed men, knowing exactly how to dress well.

Whether they’re fashion editors for some of the world’s leading men’s publications or Hollywood’s acting greats, you can guarantee that the men who consistently feature in best-dressed lists are naturally sticking to a certain list of rules. If they’re doing it, then so should you.

Below we’ve come up with ten rules that you need to make a habit if you want to really place yourself among the greats. Start doing these and people will instantly start to you more seriously.

Take Care Of Your Underwear

There is really no man who is as qualified as the fashionable man himself, Tom Ford, when it comes to giving style advice and when he released a list of 15 rules that every man should live by, most men assessed their own lifestyle choices. Men who dress well will follow what he says.

One of these is a fundamental rule. Ford puts it simply – “Always new socks and underwear (throw away the old ones every six months). Another thing is that underwear really should be treated like the rest of the clothes in your wardrobe. Press and iron boxers or briefs, they’ll feel so much better in the morning and as the old saying goes, ‘look smart, think smart'”.

The key to looking great and being known as a well-dressed man is to keep everything simple. If you pay close enough attention, you’ll realize that all the best-dressed men in the world have one thing in common and that is that they keep everything simple. From David Beckham and David Gandy to Steve McQueen and James Dean, you’ll notice that each man keeps their outfits simple. Apparently men actually only wear on average 13 percent of their wardrobes, so give yours a clear-out and get rid of the things you’ve not worn in the past year.

Your wardrobe should consist of timeless basics with a few added trend pieces (a la Jared Leto) – think a cool overcoat, a solid pair of jeans, a white Oxford shirt, and a selection of trousers.

While we recommend always planning an outfit for an event like a wedding or where you’ll need to wear a black tie, when it comes to everyday dressing, don’t plan your outfit. While it might seem logical to plan your outfit the night before so you have more time in the morning, we actually think leaving it until the morning and having a bit more spontaneity will result in an outfit that you will feel comfortable in. This way you’ll be dressing for your mood, not for how you want to be, which will result in an overall better persona and outlook for your day.

Invest In A Good Cologne

With plenty of colognes and fragrances out there, we understand that it can be tempting to buy a new fragrance every time. While it’s great to try new ones out, we actually do think you should be doing this as an exercise to find a signature scent. A signature scent will give the impression that you mean business. Tom Ford does it, so you should too. Smartly dressed men always smell good, so make sure you nail your cologne choice and improve your grooming habits.

A well-dressed man knows to avoid bootleg jeans at all times. They don’t look good and never have done, so why buy a pair? Instead, grab yourself a pair of slim-fitting jeans as these are a timeless fit, whereas bootleg will literally make you look as though you’ve stepped out of the Eighties.

While we know it can be annoying when you realize your favorite knitwear is dry-cleaned only, you really have no choice but to listen to the care label. Don’t chuck anything that says dry-clean only in the washing machine. A smart man will always pay close attention to care labels as these can be the make-or-break line between ruining a garment and having a quality product for the rest of your life.

This may sound disgusting, but seriously, don’t wash your jeans. Albas suggests “There are many thoughts on how to care for your jeans, some say, ‘Wear them ever, wash them never,’ others simply wash them as much as they can. Whichever method you prefer, we have found that wearing them as often as possible gives the best fades.”

Not washing your jeans actually means you get a fit that is perfect for your legs – broken in. While we say don’t wash them, you should wash them at least once a year.

7 Habits of Men with Great Style

The greatest male dressers alive and guys who dress well live by rules that mean they get this coveted title. If you want to get yourself a similar label and really increase your fashion sense, then start following tips from fashionable men and really upgrade your everyday routine with some serious fashion habits.