Learn How to get Zac Efron’s Effortless Style 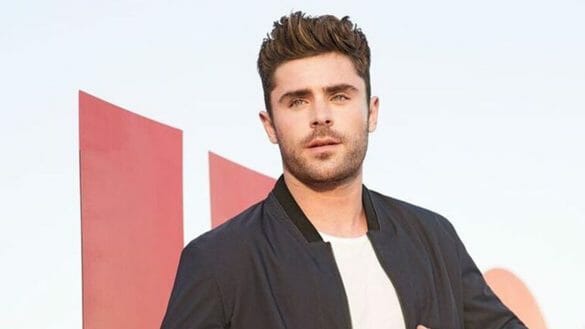 It’s been over a decade since Zac Efron sung and danced his way to stardom in High School Musical. With the release of his latest film, Baywatch, it’s not hard to see his transition into one of Hollywood’s biggest stars. Here’s how to get his style.

Based on the classic 90s TV show, Baywatch follows veteran lifeguard Mitch Buchannon (Dwayne Johnson), and his elite team of fantastically beautiful lifeguards. Starring Zac Efron as a cocky new recruit, the film follows their attempt to stop a criminal plot that threatens the bay.

Although you may not be as ripped as the rock, this summer blockbuster is a perfect opportunity to try out some seasonal swimwear. Great for any trip to the beach, this season has a heavy focus on pastel hues that looks great on some short swimming trunks. Combine them with a cap and some flip flops for the ultimate summer beach outfit.

If you’re heading to the bay this summer then it’s a good idea to pick out some casual and lightweight outfits to relax in and protect your body from the sun. Zac Efron’s character, Matt Brody, may be a cocky young rookie but he still knows something about style. Try wearing a classic T-shirt with some lightweight shorts for a great casual outfit.

Despite the fact that Zac Efron seems to get his torso out in the majority of his films, he does occasionally wear some stylish outfits. Although it’s a far cry from the tailored suits that he wears on the red carpet, he styles some great casual looks as a University frat boy in Bad Neighbours.

To achieve the ultimate casual style try combining a tight fitting white T-shirt with a pair of classic grey joggers. Finish it off with a pair of trainers and you’ll be ready for any trip to the gym. The simplicity of this look means you can easily layer if with a hoodie or sweatshirt if it’s cold. Or, if you’re lucky enough to have a Zac Efron body shape then why not try wearing a loose fitting vest to show off your muscles.

Arguably the most iconic part of his style, Zac Efron’s hair is an integral part of his look. Whether you prefer his longer hair from his High School Musical days or the defined quiff that he styles today, there’s something for everyone.

To achieve this look make sure you look after your hair with good quality shampoo and conditioner. Whilst drying your hair use a hair brush to bring the hair back, dividing it down one side of your head. For a wet look apply a pomade or gel. If you’re going for a drier or more textured style then use some wax or clay.

Arguably his best look, Zac Efron is renowned for styling some of the best looking suits around. Whether he’s chilling on a sofa chat show or walking down the red carpet at a premier, it’s always worth checking out his tailored suit outfits.

For a style that is both formal and stylish try wearing a black tuxedo suit with a clean white shirt. Although this is an extremely formal outfit it can look great at a whole host of fancy events. Add a tie and some leather shoes to finish it off.

One of the best elements of Zac Efron’s style is how understated it is. Even when he’s wearing casual clothes he is the master of versatility. By combining premium basics such as a pair of blue jeans, a leather jacket and some Converses he creates looks that are perfect for any occasion.

Zac Efron has come a long way since playing a teenage heartthrob. With a body that could almost rival Dwayne Johnson, he’s now one of Hollywood’s best-loved stars. As well as his films, Efron has also become known for his simple and understated style. Whether he’s dressing up for a party or keeping things casual for the gym, there’s a look for everyone.