How to Get Tom Hiddleston’s Enviable Style

The actor, producer and musical performer, Tom Hiddleston, has taken on some serious looks during his career – some better than others. We’ll be avoiding these interesting on-screen looks, such as his long black locks from Thor, and we’ll focus on how to get his off-screen style, instead.

Born in Westminster, Tom Hiddleston has taken to the stage as a musical performer, appearing in West End titles including Othello, of which he was nominated for the Best Newcomer. Hiddleston has also made his mark on-screen, being involved in many films, but most recognised for his role as Loki in the Marvel series Thor.

These roles all give Hiddleston a style, such as his long black hair in Thor, however, we’re more interested in how he dresses off-screen. Tom Hiddleston doesn’t seem too big on following stand-out trends – he’d much rather dress like the quintessentially British man that he is. Let’s take a look back at some of his best looks, and we’ll show you how you can recreate his enviable style.

Tom Hiddleston is no stranger to a suit – he is often seen wearing them on many occasions, whether it’s out to dinner or to a formal event like the Oscars. There are a few suit and tie combinations that he pulls off well, including his killer pinstripe navy patterned suit, blue shirt and navy tie combination that he sported for his GQ magazine cover.

Sticking to all one colour for a suit look is brave, but Hiddleston made it look great by assuring he used different tones of blue and different textures, such as the knitted tie and the pocket square. He also made sure that the colour of the shirt and pocket square were the same, pulling the outfit together. Accessorising a suit with a watch will liven up the look. The key to nailing the suit is making sure the fit is right. Address the sleeve length, chest length and leg length when you’re looking for a new suit. Tailored suits are always best if you want one to last.

Every actor has that one red carpet moment where they need to whack our their best formal tuxedo, and when Tom Hiddleston puts his on, he doesn’t disappoint. When wearing a tuxedo, it’s essential that every line is clean and there are no creases in sight. A tuxedo is worn to look smart and impress, so having an ill-fitted or creased one is no good.

When it comes to the tux, black and white is the only colour option you can go down – you’d be mad to veer off of the tradition. A tux also requires a white dress shirt instead of a suit shirt like an Oxford. The difference will be in the lapels and sometimes on the buttons. Dress shirts are usually a better quality cotton, too. Tom Hiddleston’s Oscar suit is sharp, well-fitted and clean – the exact way it should be worn.

Tom Hiddleston’s idea of casual attire is anyone else’s version of smart casual. We see him here wearing a light blue unbuttoned Oxford shirt with some blue cotton trousers and a navy quilted jacket. He finishes this look off with a black belt to separate the blue tones. This is a great look when you’re looking to go smart-casual for an event or even to wear to the office on a dress-down Friday.

Smart casual for men can be quite confusing – a lot of guys are unsure of the boundaries between the two. The trick is to try and combine one smart item of clothing with an otherwise casual outfit, or vice-versa, depending on where you’re going. Here, Tom Hiddleston wears the quilted jacket with what would otherwise be a smart outfit. The shoes are usually the easiest part of the outfit to swap, for example, if Hiddleston wore trainers here, the outfit would suddenly be a lot more casual.

When Tom Hiddleston wears casual, he wears Gucci. Even in casual attire, he looks smarter than most men wearing smart casual. We want to know how to dress like Tom Hiddleston so that we can always look this good, however, we’re sure it’s a lot easier when covered head to toe in high-end and designer clothing.

Here, Tom wears a pair of black slim-fit jeans, a black patterned jumper and a suede jacket layered over it. Note how the red colour of the jumper matches the red from the jackets’ collar detailing, tieing the outfit together. He finishes the look with a clean white pair of Gucci trainers. When wearing white trainers (or any trainers for that matter), it’s important to keep them clean so that they don’t make your outfit look scruffy. This can be easily achieved with shoe cleaning equipment like those from Crep Protect.

Tom Hiddleston’s haircut is a classic, British gentleman haircut; a clean cut matched with a clean shave. Here, we see Tom Hiddleston with glasses – a look that grabs the attention of many women – and a simple hairstyle which is easy to recreate.

To achieve this hairstyle, you’ll need to go to the barbers and ask for a trimmed back and sides with a fade to the top, which should be cut short, but significantly longer than the back and sides. His hair isn’t actually shaved, which is a style that a lot of men are going for at the moment. Instead, he has left the back and sides long but combed them back, giving the appearance they are shorter but maintaining the thick layer of hair coverage. When the hair is shaved, it takes away the hair colour, as you usually only see the scalp.

To style your hair like Tom Hiddleston, you’ll need a comb and some light hair product. You shouldn’t need anything too strong to achieve this hold. Simply get a small amount of product (about the size of a 5p coin) and warm it up in your palms. Run the product evenly through your hair and then use a comb to run the side towards the back of your hair and to give to top some volume. Easy. 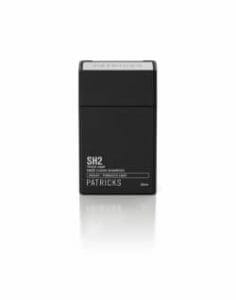 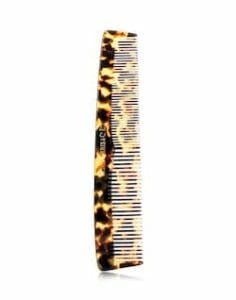 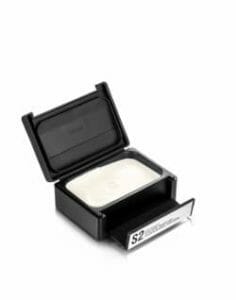 How To Get Tom Hiddleston’s Style

Tom Hiddleston has demonstrated that his style is, in fact, very enviable. Even when he dresses casual, he looks a lot smarter than a lot of us who wear smart casual attire – we salute him. Born in Britain, Tom Hiddleston dresses like a classic modern gentleman. Black jeans and cotton trousers seem to be his staples for dressing down, although he almost always pairs them with a shirt. These looks are easy to recreate even if you don’t have the money to splash out of high-end or designer. Check out our store and take a look at some of our inexpensive and quality pieces to nail Tom Hiddleston’s style.