How to Get Sergio Ramos’ Flawless Style 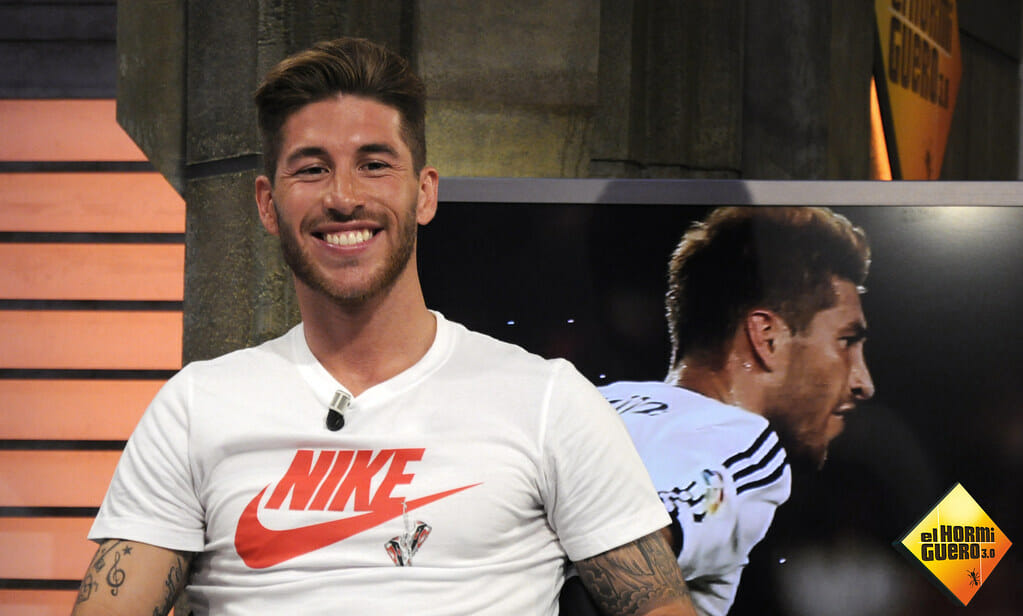 As well as being the captain of Real Madrid and the Spanish national team, Sergio Ramos is also a very well dressed man. Take a look below to see how you get Sergio Ramos’s impeccable style.

One of the best defenders in the world is also one of the best-dressed men. Sergio Ramos has always had a unique sense of fashion which has gotta better with his age and experience on the field. Long gone are his days of having long hair scraped back with a hair band and no beard. Like a fine wine, Ramos’ style has matured like he has. Now the Spanish centre-back has an unprecedented sense of fashion, cementing himself as one of the most fashionable athletes on the planet.

From suits to tracksuits and boots to Chelsea boots, Sergio Ramos can pull off almost anything. However being a footballer means that he can afford some of the most luxury brands around. Thankfully for you, this guide is to show you how you can get Ramos’ look without the expense. Take a look at the guide below to see how you can get Sergio Ramos’ flawless style.

In case you don’t know the man pictured above, we thought we’d give you a little background.

Sergio Ramos Garcia was born in 1986 just outside of Sevilla. He is the captain of both Real Madrid where he has won 15 titles with the club. Ramos is one of La Liga’s all-time goalscorers from a defending position, making him one of Spain’s greatest-ever defenders. As well to this he is the Spanish national team captain and in 2013 he became the youngest player in Spain’ history to reach 100 caps. Ramos has won both the European Championship and World Cup and is considered a national hero.

Now that’s done and dusted, let’s move on to how you can get the national treasure’s flawless style.

It’s taken a lot for Sergio Ramos to get to where he is today, both on the pitch and in the wardrobe. The now immaculately dressed, well groomed and refined appearance didn’t always exist on and off the pitch with him. In his younger days as a youth centre back at Real Madrid, Sergio Ramos’ long hair was scraped back with a hairband. There was no beard either and, to put it bluntly, his fashion sense was pretty shit. Think athletics meets the club and you’ve hit the nail right on the head.

Thankfully for us, the world of football, and the world as a whole, Sergio Ramos has got more fashionable with age and experience. Majority of his career he has been surrounded by professional footballers, so no wonder that he was always capable of finding influence.

When he’s not in the Galacticos signature all-white kit, Ramos can often be spotted in a suit. Having recently been named as an ambassador of Hugo Boss, it’s safe to say that he’s got the vote of the iconic tailor. Ramos’ love for suits, and a well crafted one at that, is shown in the outfit below. Clean cut, simple and properly worn, means that he isn’t just any footballer in a suit, he is a man who means business. He loves layering, but you will also find him in street clothes from time to time.

One of Sergio Ramos’ most defining features about him is his incredibly well groomed hair. Even after running 90 minutes on a football pitch, not a hair looks out of place on the Spaniard. Arguably one of the best men’s haircuts around, Sergio seems to carry the combover off with relative ease. In recent years he’s opted for the more traditional combover and carries it extremely well. However, it’s important to remember that this hasn’t always been the case for Mr Ramos.

The immaculately well groomed defender’s hair is kept very well trimmed with a clean parting. Not only does he have one of the best new haircuts for men, but also one of the best short haircuts for men. More often than not, footballers try to make themselves stand out but that just isn’t the Ramos way. Simple, clean and well groomed is the way forward for El Capitano.

This is probably one of the best beards around in our eyes. It’s a beard that’s so well groomed, so well treated and so full and thick that it deserves to be on a plinth or in a museum. The beard is a vital thing to get right when you’re trying to replicate the Ramos look properly. Do you think that Sergio Ramos and his beard just miraculously appeared that well? Of course, it didn’t. The man knows how to look after his facial hair and evidently has a strict grooming regime to keep it luscious, full and thick.

The secret to getting a beard like Ramos is to look after it properly and treat it with the utmost respect. Have a look at the image below and you will see what we mean.

I mean come on, the man’s beard is outrageously good. It’s kept perfectly and the strict regime his grooming must have is only resonated through the quality of that beard. If ever there was a beard idol to have, it would be Sergio Ramos Garcia.

How to Get Sergio Ramos’ Flawless Style

Do you want to try out a Sergio Ramos haircut? This soccer player often rocks different looks, sweeping his hair from left to right and setting it in place with his favorite hairspray. If you want to style your hairdo like him, here is what you can copy:

So, do you trust your barber? Do you want to look like this Spanish professional footballer? If so, these above hairstyles will suit you!

Sergio Ramos is a cool guy, both on and off the pitch. If you’re looking to replicate any footballer’s style, it should be his. Not only is it smart, but it’s incredibly easy to do. A good suit can go a long way, especially if you’re well groomed. A clean hairstyle, a well-kept beard and a good idea of colours will get you very far. If you’re ever in need of inspiration, look at this guide or the defenders Instagram. More often than not, he’s gonna look cool in his pictures. We can guarantee it.